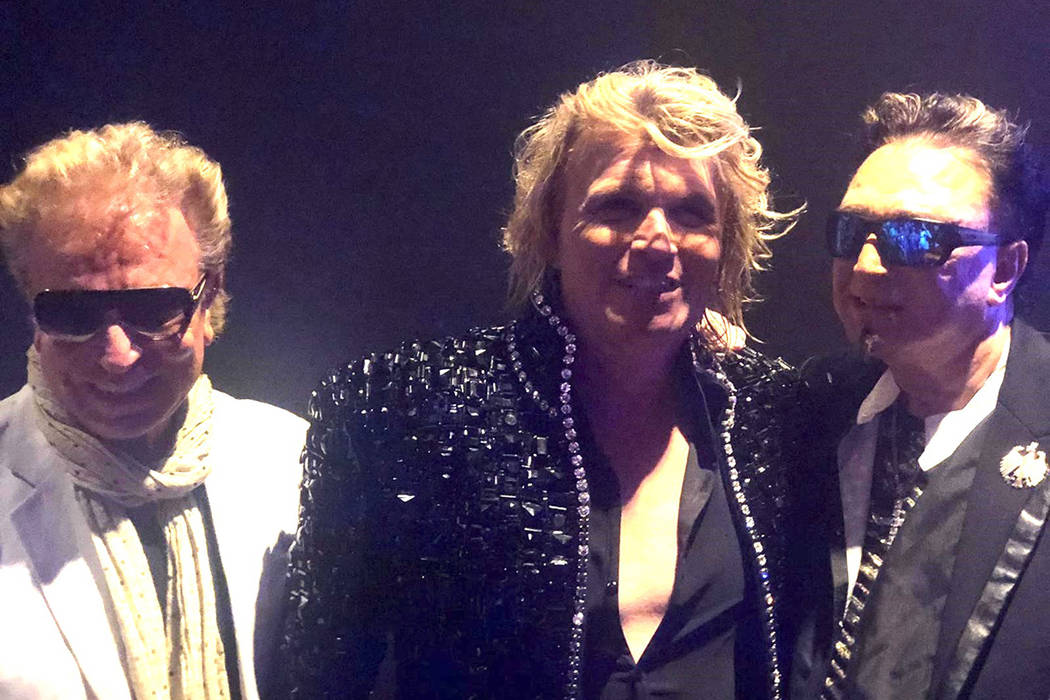 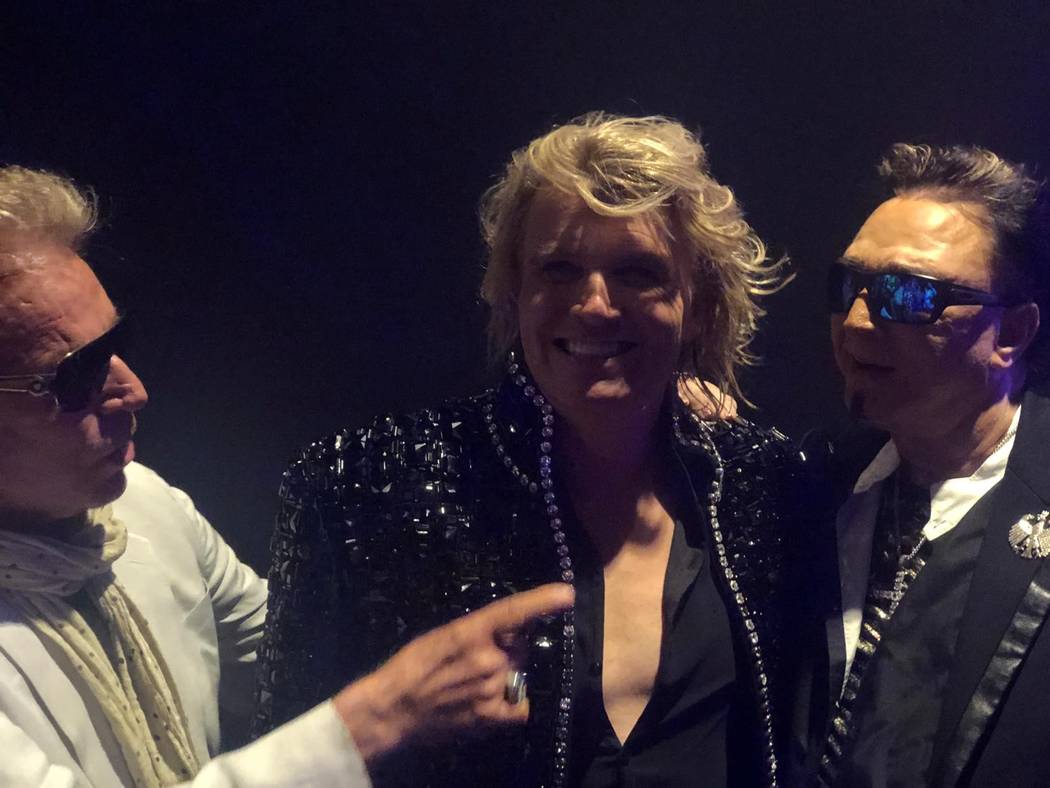 Like a kid working with his first magic trick, Hans Klok was eager for the big unveiling of his superstar guests at his show at Excalibur on Wednesday night.

“The reason I am in magic tonight, my friends in magic, Siegfried and Roy!” Klok called out in characteristic grandiosity. “Thank you so much, so much, for what you have done for show business. You have built this town! To have them here makes me … nervous! And it makes me proud.”

The crowd, many visiting from Klok’s home country of the Netherlands, offered a standing ovation.

Wednesday was Klok’s third show at Thunderland Showroom, the renovated second-level theater at Excalibur that is also home to “Australian Bee Gees” and “Thunder From Down Under.” The 425-seat venue offers new, expanded seating and LED panels, costing more than $6 million upon completion.

SPI Entertainment CEO and founder Adam Steck produces, with Klok serving as his the hotel’s newest star and also an investor in the venue.

Klok had previously headlined in 2007 at then-Planet Hollywood Theatre for the Performing Arts, now Zappos Theater. His stage assistant then was Pamela Anderson; today it’s the Divas of Magic. In the early running of his show, Klok cruised through more than 50 large-scale illusions, keeping with his billing as “World’s Fastest Magician.”

After the show, Siegfried told the story of how Klok — then in his teens — approached the duo during an appearance at a magic convention in Amsterdam. Klok had the duo sign a handkerchief. Twenty years later, Klok saw the duo perform at The Mirage and showed them that same, signed handkerchief.

“It was like he was a kid once more,” Siegfried said. And we are going to hear more this weekend, out of S&R, related to their movie project. So check back for all that magic, too.