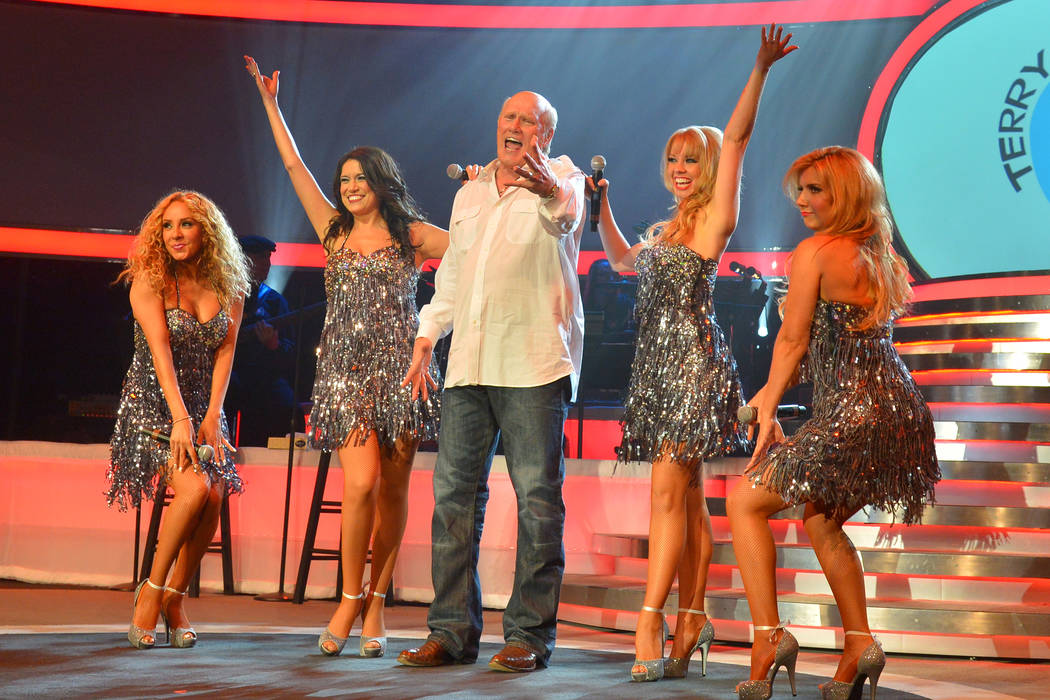 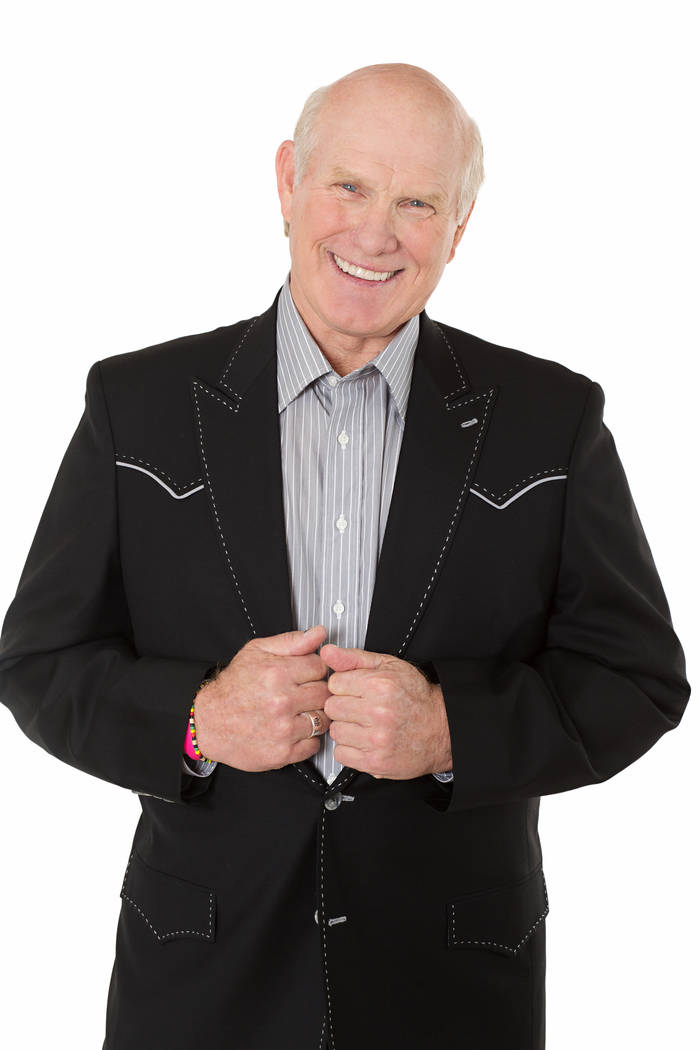 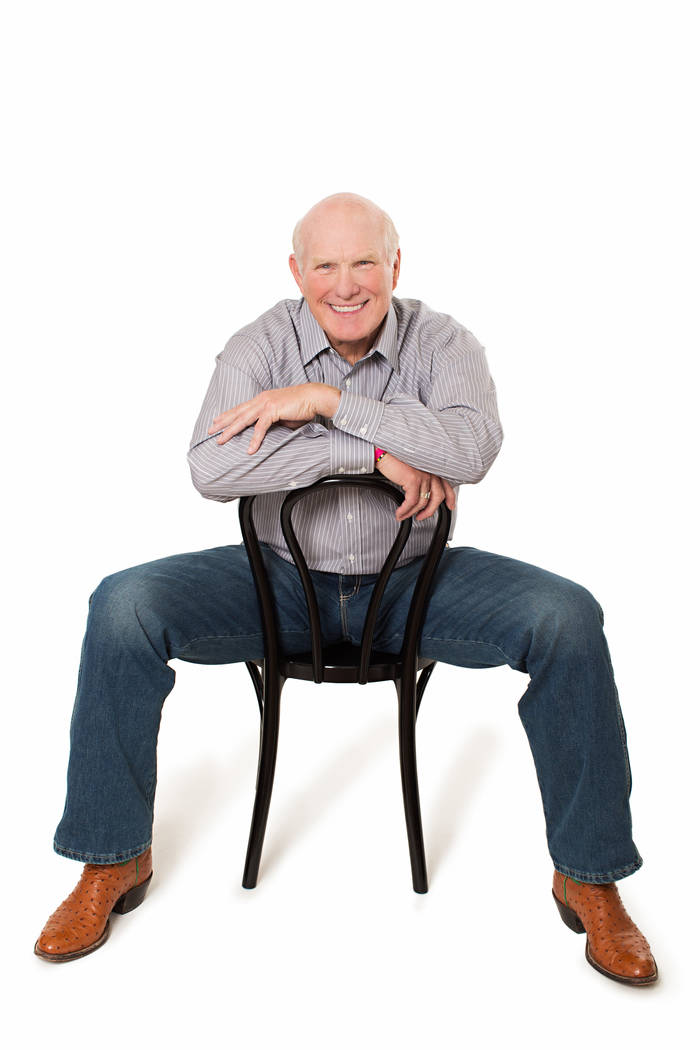 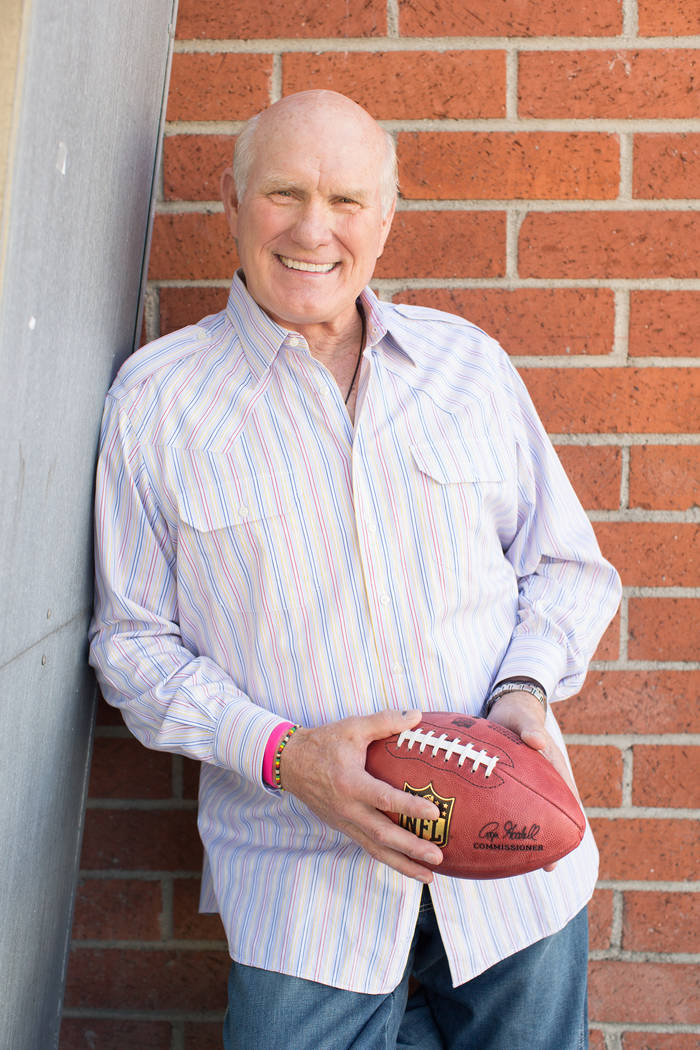 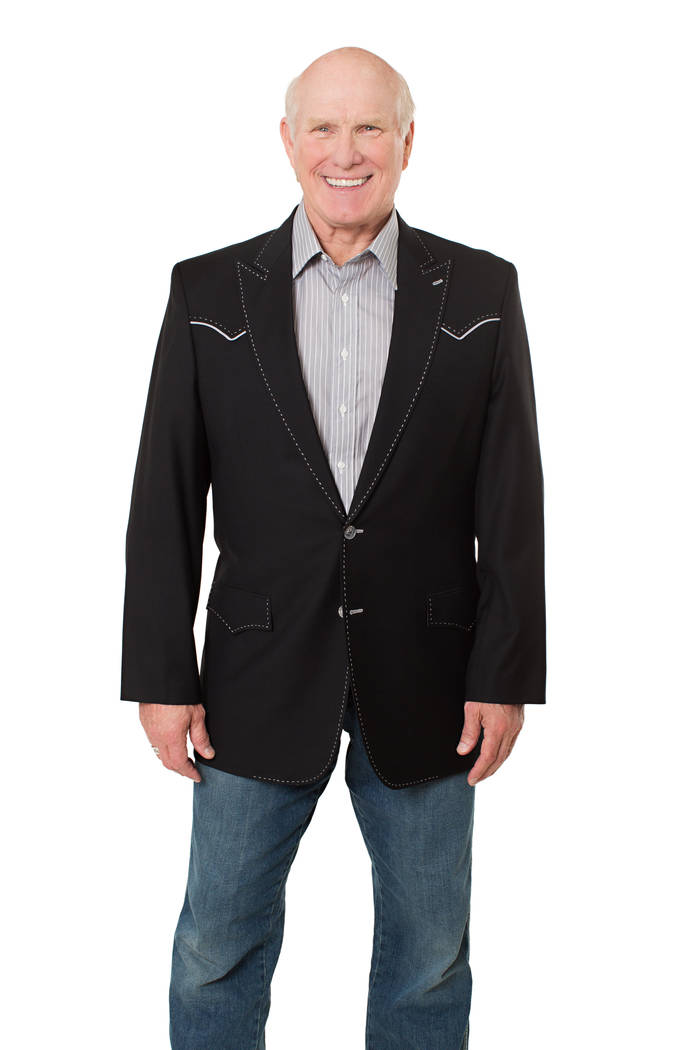 Terry Bradshaw is running the no-huddle offense again. He arrives at a Las Vegas rehearsal studio having moved the chains, picking up a first down in an early morning television interview.

The four-time Super Bowl champ is once more behind center, barking out the next play. He’s assembling his backing band for “The Terry Bradshaw Show,” running Thursday through Sunday at Luxor, calling out, “You guys get ready, because I am going to sing today!”

The signal caller who suddenly can’t make calls performs a quick self-frisk. Nothing. He unloads his travel bag, where he can’t find a smartphone but does display a pair of gold-glittered sneakers (presumably for his upcoming stage show).

We walk to the parking lot, scanning the torrid asphalt and dodging grasshoppers. Nothing. There will be no immaculate reception of this mobile phone. The ex-QB fumbled it somewhere, or left it on the roof of the car that’s been carting him around Las Vegas.

“I’ll get Tammy to track it,” the 70-year-old Bradshaw says, referring to his wife of five years and the woman he calls “the best thing that’s ever happened to me.”

Bradshaw is scrambling, as is his custom, in his return to the Las Vegas stage. “The Terry Bradshaw Show” is an autobiographical showcase in which he stitches together musical numbers with anecdotes from his career.

He will be working from a script, but Bradshaw is naturally a funny individual. He recently took a phone call (before losing his phone, of course) by saying, “What a pig! I’m looking at my body. I’m on a diet and I’ve only lost eight pounds in three weeks. I’m looking at my belt here. I was in the fourth loop, but I tried that belt on the other day and it wouldn’t even fit … that’s sad!”

Bradshaw will be waxing nostalgic about his playing career, his “defining moments,” as he calls them, including his years with the Steelers and further back to college (where he replaced Phil Robinson of “Duck Dynasty” as QB at Louisiana Tech) and even his high school days.

Overriding his shtick from the stage, though, is the fact that Bradshaw is a darn fine singer, recalling the resonant vocal styles of his late friend Jerry Reed.

Bradshaw also has been influenced by Glen Campbell and recently rediscovered the Everly Brothers, finding an old video of the duo performing at Royal Albert Hall.

Bradshaw has been playing that clip endlessly.

“I accidentally stumbled across the Everly Brothers … I sat there and I said, “Oh, my God, I have forgotten how great they were,’ ” says Bradshaw, who has opened for the Statler Brothers, Ronnie Milsap and Marty Robbins in his singing career.

“I bring up the fact that I hurt my arm and that’s why I had to retire (from the NFL), and so I follow that story up with ‘Bye Bye Love,’ ” he adds with a chuckle.

Bradshaw has put together a stacked lineup. His co-vocalists are “Fantasy” singer Lorena Peril and “Alice” creator Anne Martinez, a swing in “Fantasy” who just wrapped a series of concerts with Foreigner’s Lou Gramm and Asia featuring John Payne.

Bradshaw is eager just to be in a band. During rehearsal, he calls another audible by lugging in a cooler full of brewskies. “Beer for the band!” he says. “Let’s take a break!”

‘I love to entertain’

The Luxor run is Bradshaw’s second foray with a Vegas stage show. He fronted “Terry Bradshaw: America’s Favorite Dumb Blonde … A Life in Four Quarters” at The Mirage in June 2013. That was a two-show sprint, followed by select dates around the country, including Bradshaw’s raucous return to Pittsburgh.

Those involved in the show in Las Vegas anticipated “Four Quarters” would soon return to the Strip. But Bradshaw’s life was derailed by the tragic death of his son-in-law, former Tennessee Titans kicker Rob Bironas, in an automobile accident in September 2014. Bironas was married to Bradshaw’s daughter Rachel, a country music artist out of Nashville who had performed in her father’s show.

All plans for the musical production were halted indefinitely.

“All I could think of was my daughter, what she was going through,” Bradshaw says. “It didn’t seem right to go back onstage and be singing. It just didn’t feel right, and it took a lot of time to get back to where I felt comfortable doing it again.”

Bradshaw’s show is directed by Anita Mann, who helmed his original production and is the creator of the “Fantasy” adult revue at the Atrium Showroom.

If it all works according to the Bradshaw game plan, his show will perform whenever Carrot Top is dark.

“I’ll do the show for four days. Hopefully we can sell out the auditorium — it only holds 350 people, but you never know,” Bradshaw says.

“I don’t want to hear I’ve been canceled on the second night and have to tell everybody that I got an illness,” he adds with a laugh. “But I love to entertain. I love to sing. Just ask my wife and my dogs.”

As they say, save it for the stage. Or the gridiron.