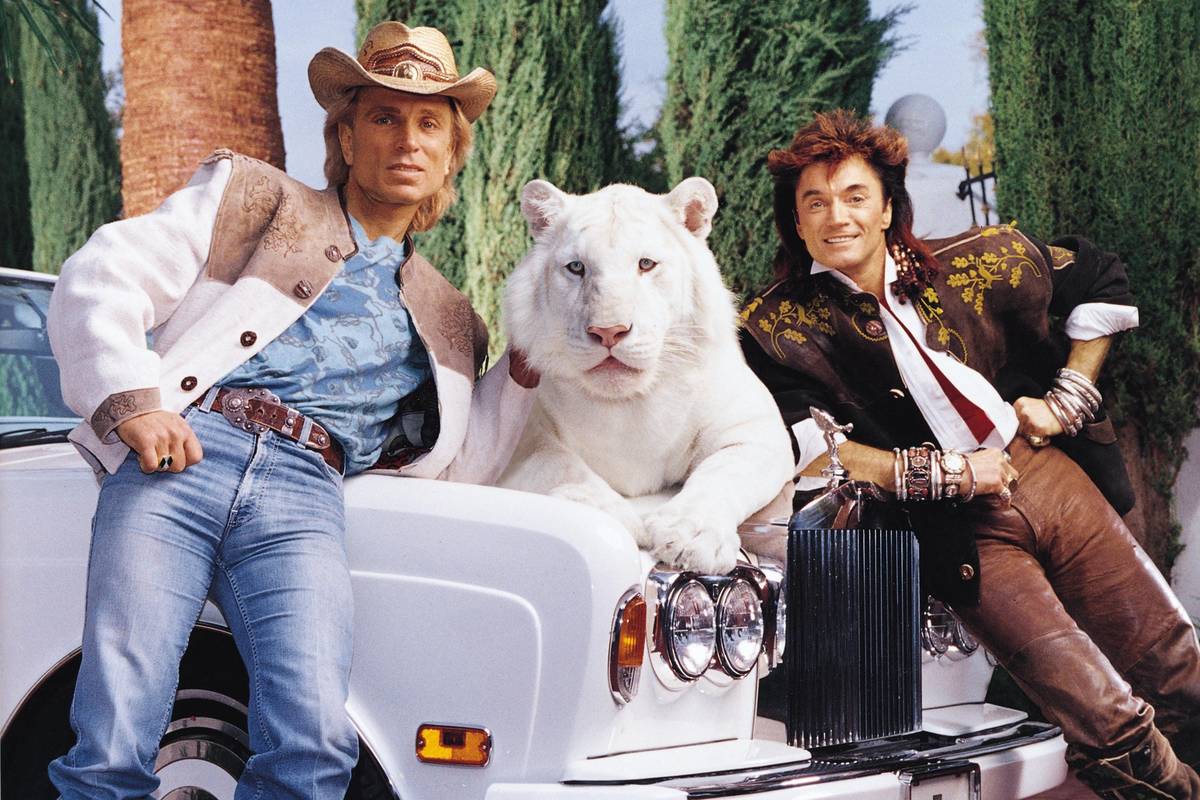 Siegfried & Roy are shown with their 1994 Rolls-Royce Corniche, up for auction at the Barrett-Jackson Las Vegas Auction at Las Vegas Convention Center's West Hall from Thursday through June 19. (Barrett-Jackson) 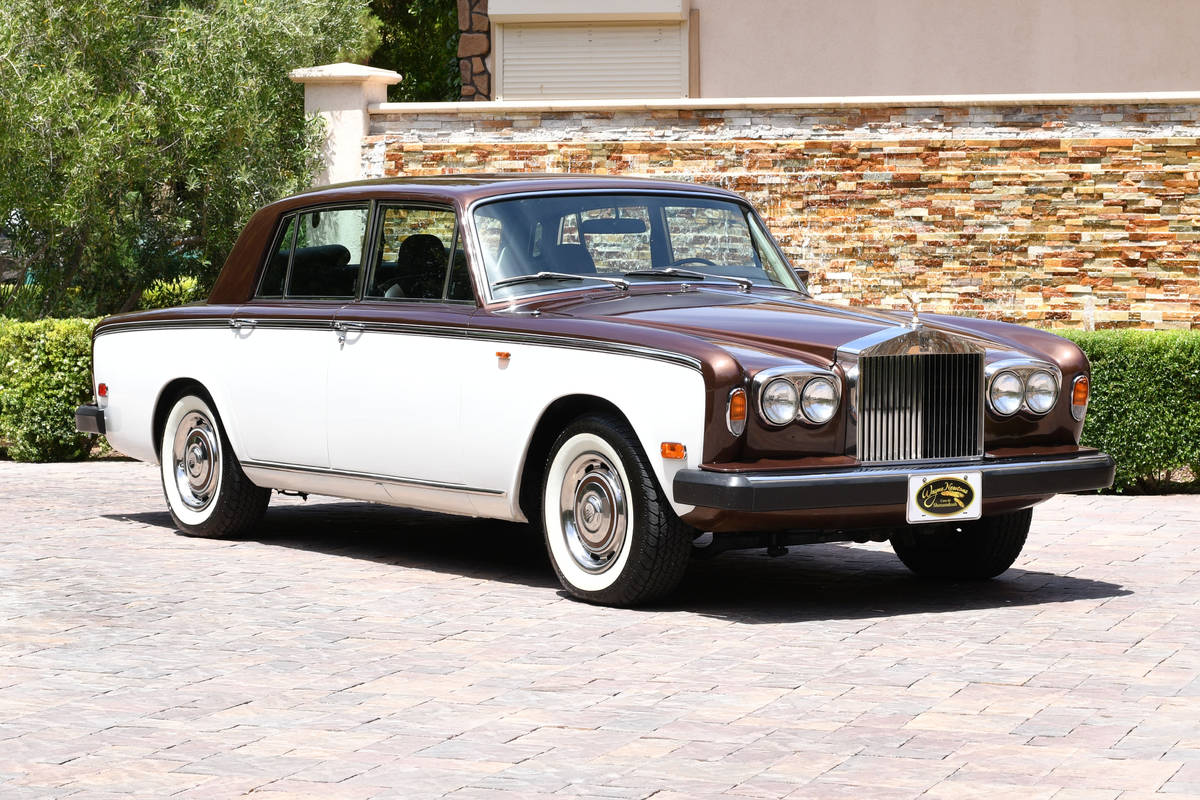 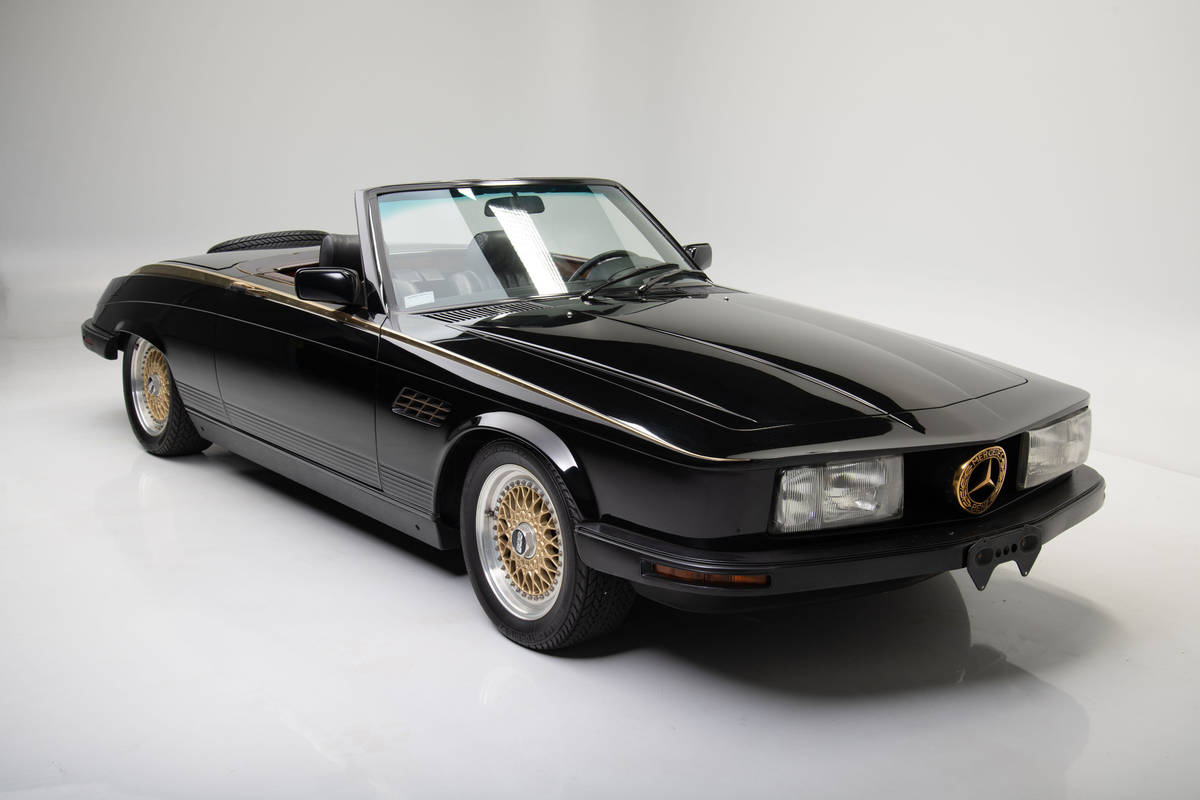 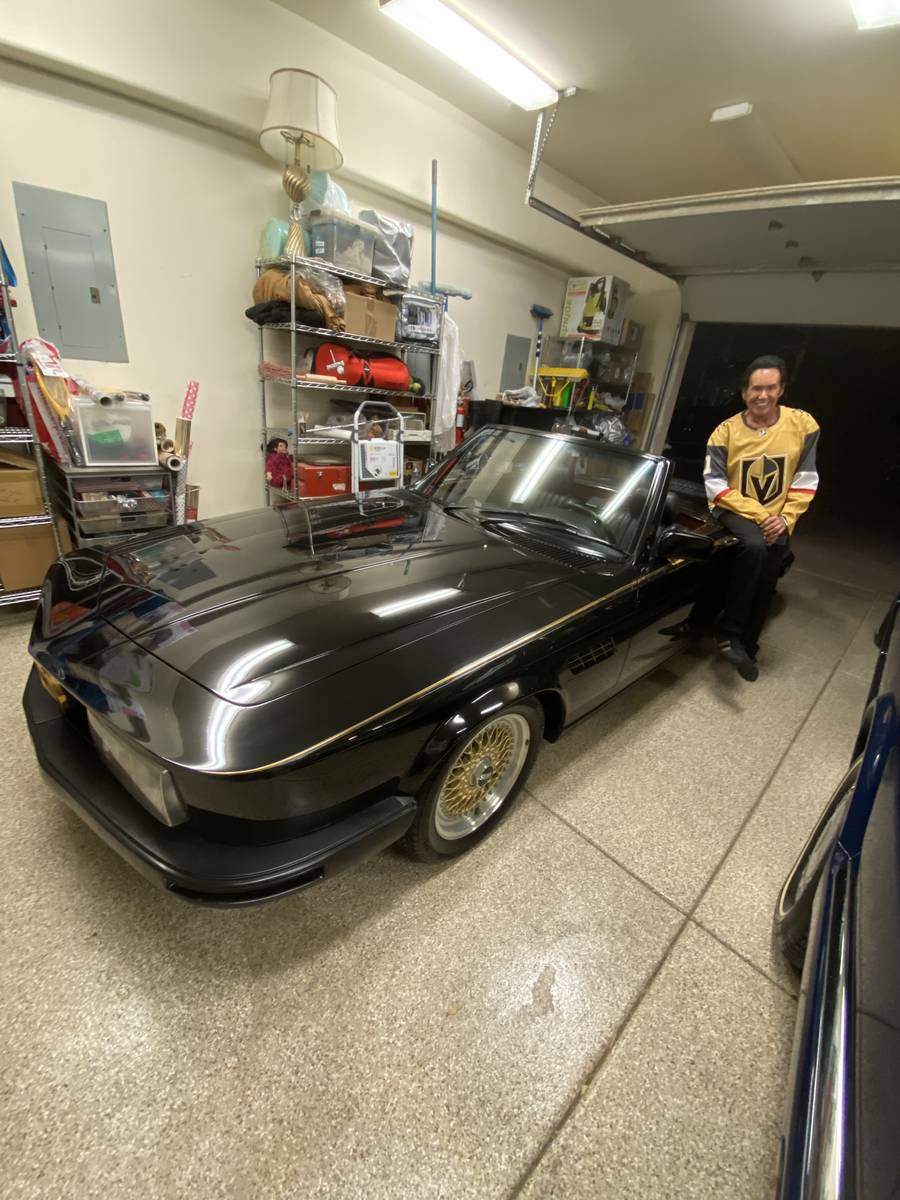 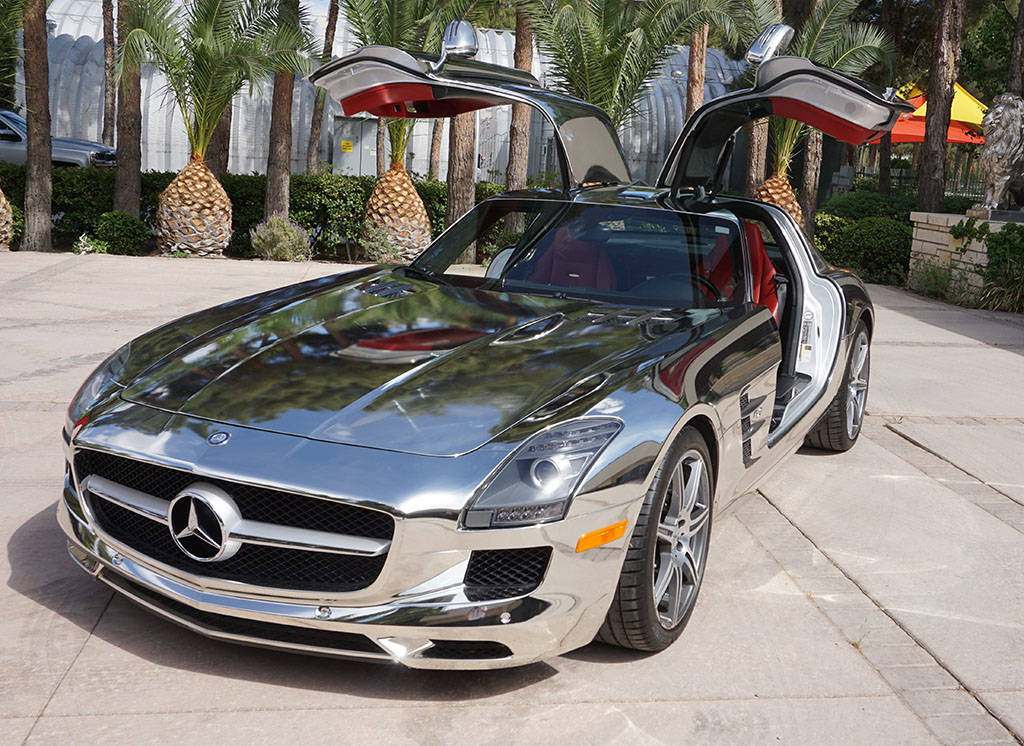 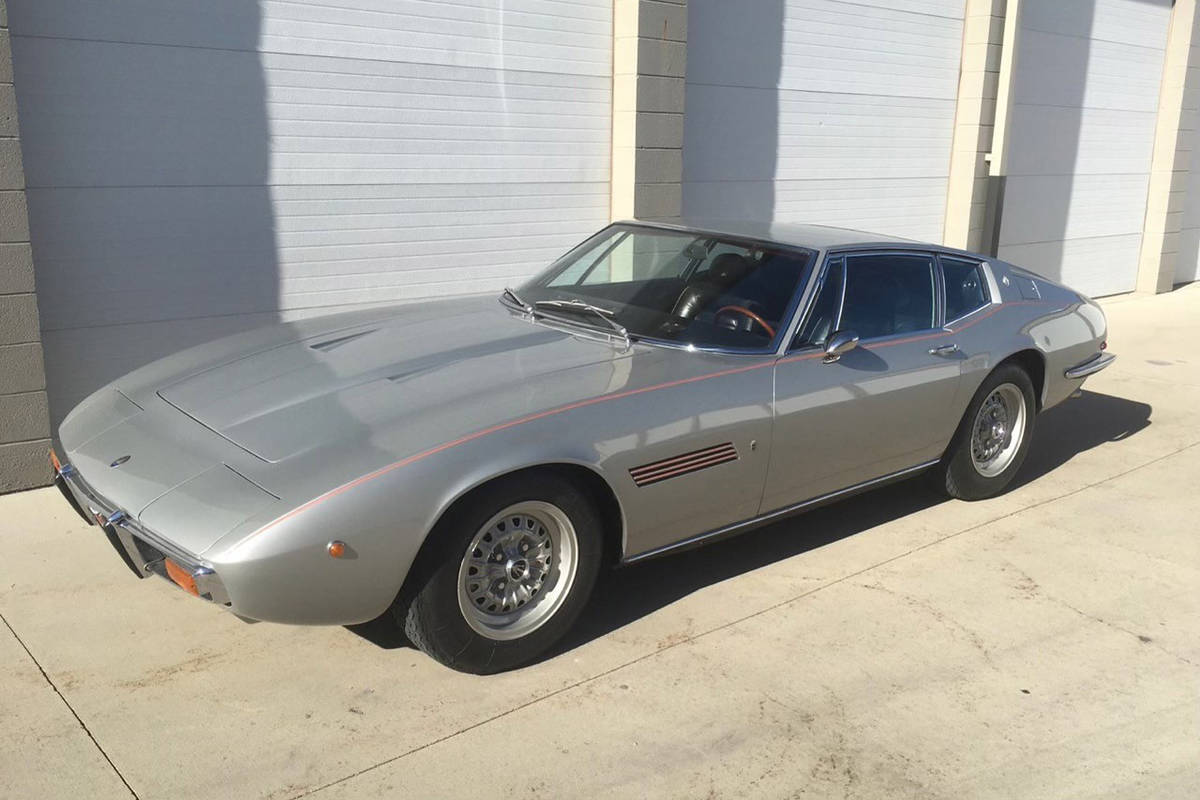 The 1970 Maserati Ghibli once owned by Frank Sinatra is up for auction at the Barrett-Jackson Las Vegas Auction at Las Vegas Convention Center's West Hall from Thursday through June 19. (Barrett-Jackson) 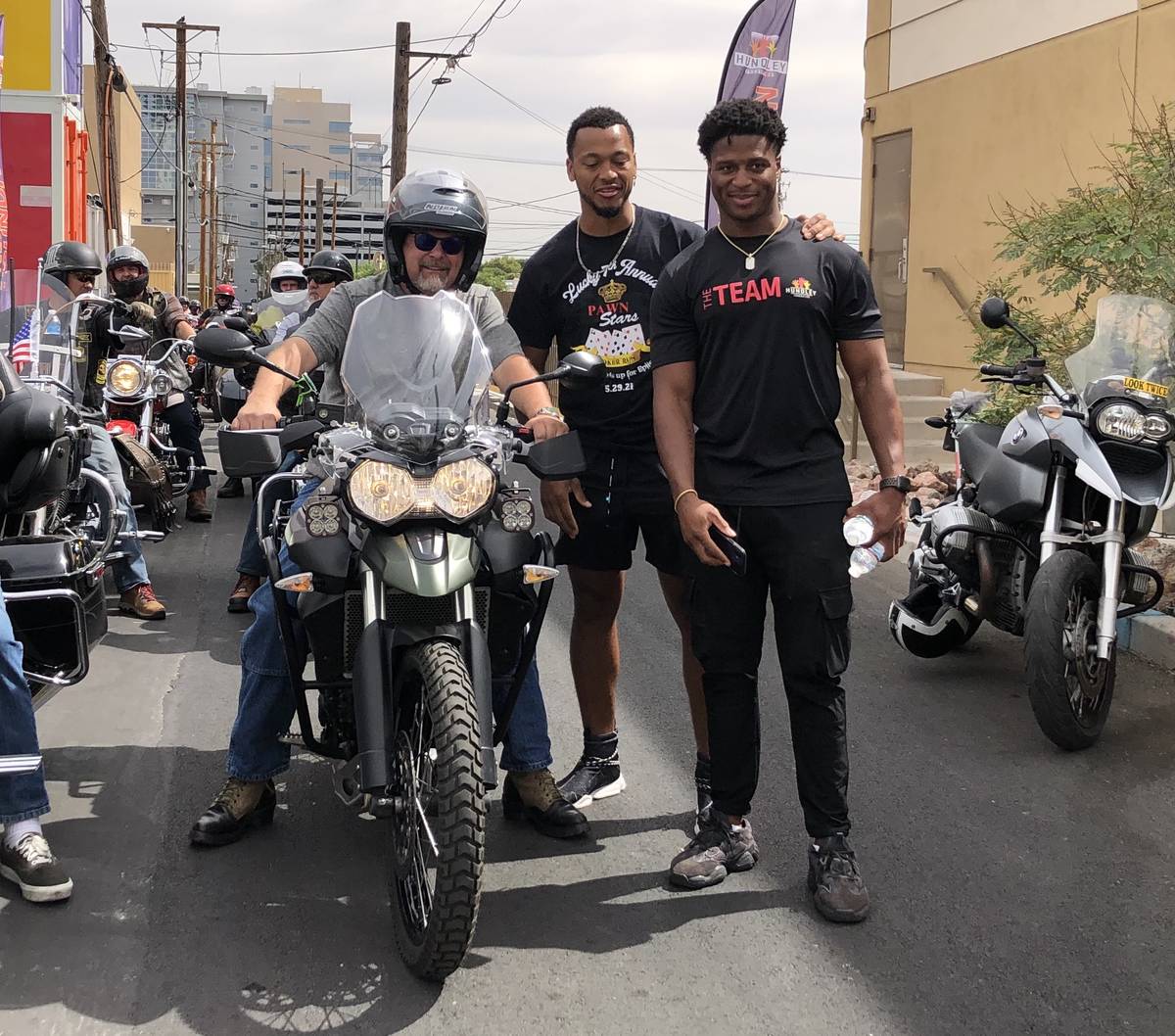 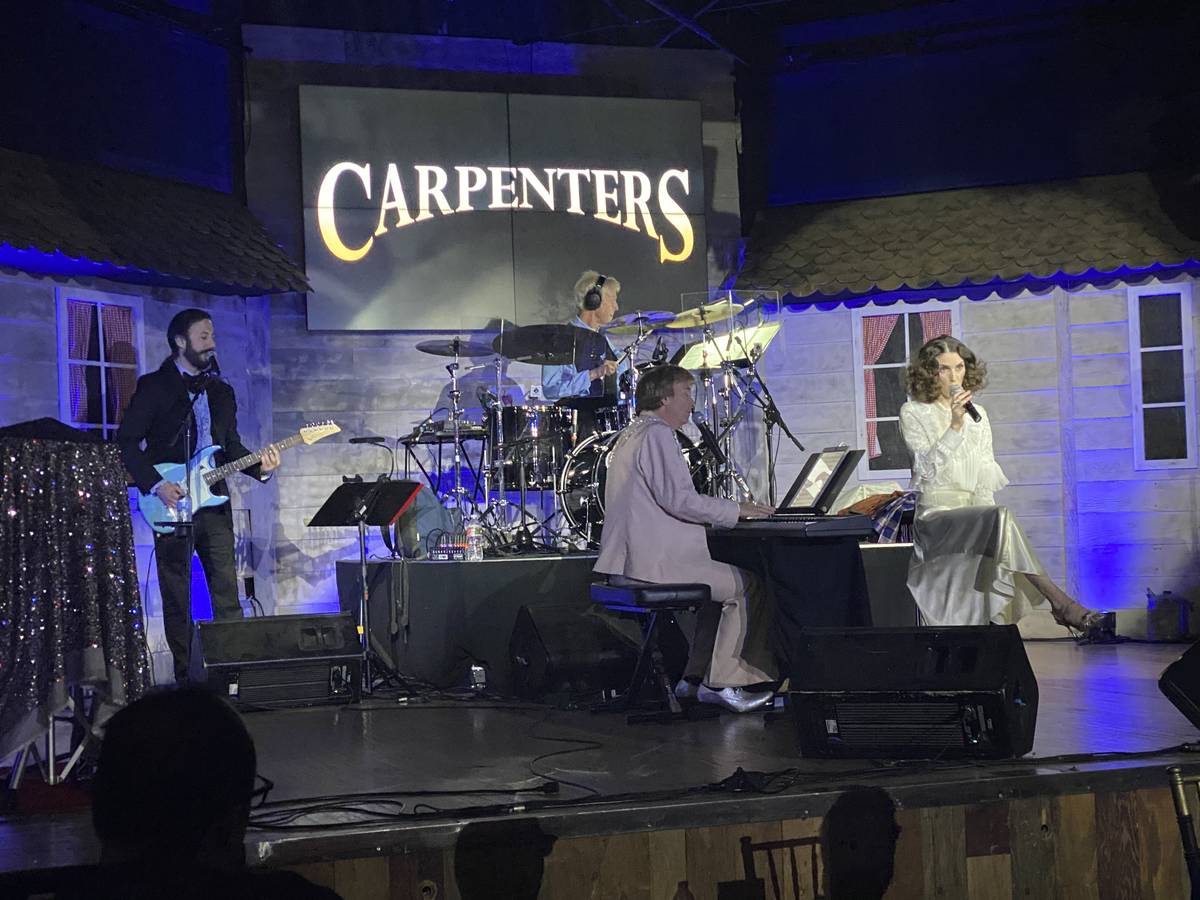 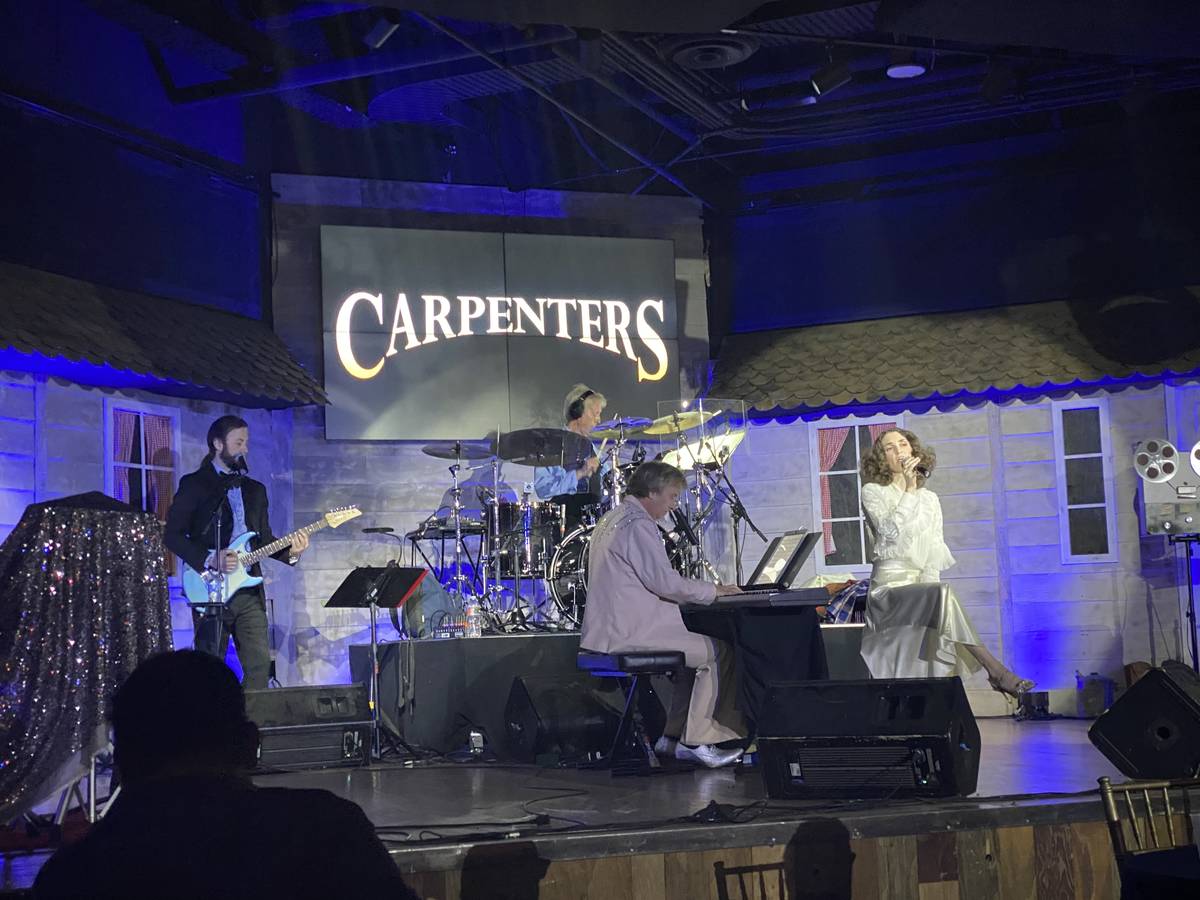 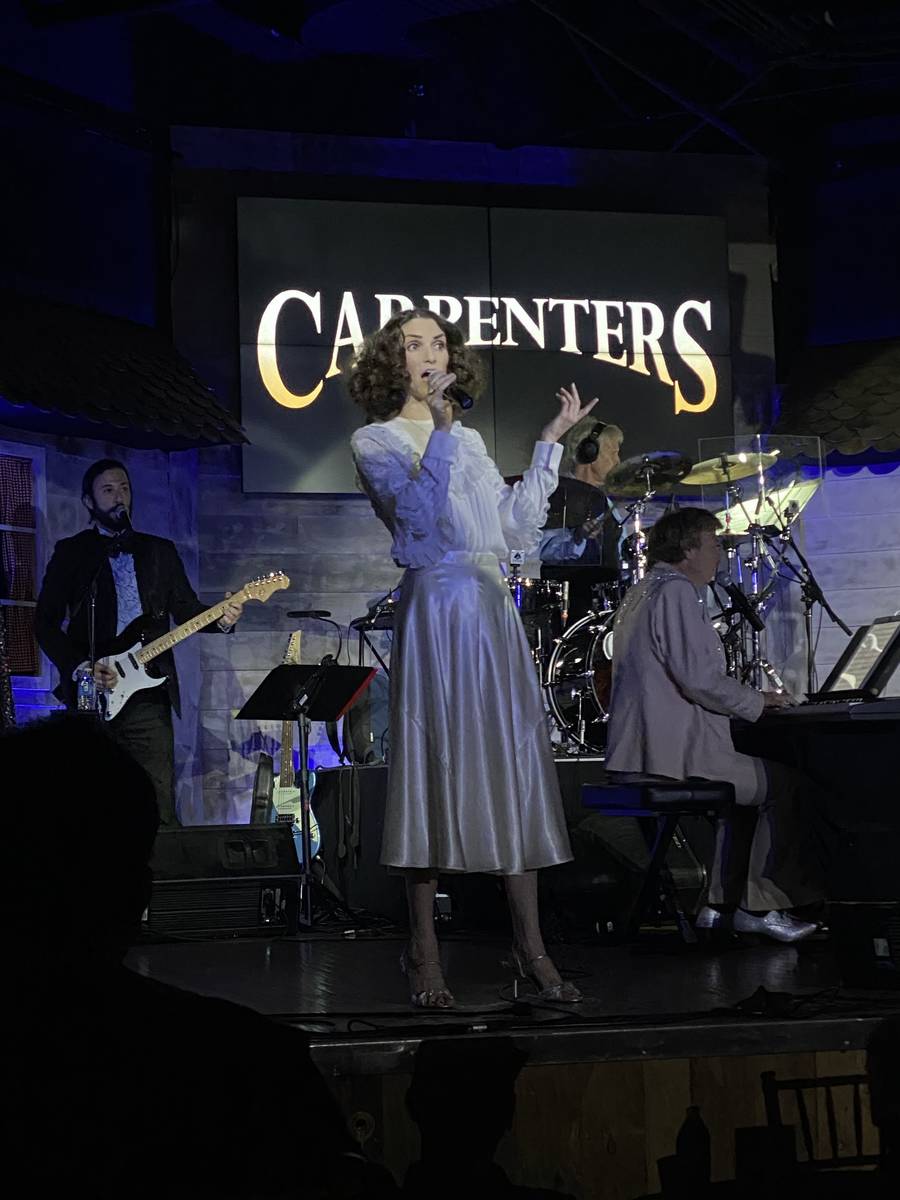 The Kats! Bureau at this writing is The Kitchen at Commons Club, the 24-hour cafe at Virgin Hotels Las Vegas. This is to Virgin what Lucky’s 24/7 was to Hard Rock Hotel. The Kitchen is more muted than its predecessor, a more targeted menu lineup that changes throughout the day. Three times, I believe. Try the Bourbon Fried Chicken and Waffle.

I haven’t. But you should.

I’ve spent some of the day walking the casino with Virgin founder Richard Branson, who as “Master of Keys” gave away thousands of dollars in free rooms, and F&B credits at the hotel and just-opened Élia Beach Club. Hint: When Branson shows up to you as you are gambling and asks, “Are you winning?” Tell him you’re losing. Better chances at that key.

Barrett-Jackson’s Las Vegas Auction set for Thursday through Saturday (tickets start at $35, $20 for children, available at barrett-jackson.com). The show rolls as the first televised event ever at the new West Hall, being broadcast on History channel.

Vegas pizzazz is front and center, with Wayne Newton and the estate of Siegfried & Roy represented.

Newton is offering a 1981 Mercedes-Benz 380SL Custom Roadster and a two-tone, walnut-over-porcelain-white 1979 Rolls-Royce Silver Shadow II. Both had been lined up in the car collection displayed at Newton’s Casa de Shenandoah. Those cars are due to be up for bid Saturday.

“Having Barrett Jackson back live in Las Vegas puts Las Vegas back where it should be,” says Newton, who has offered several cars at auction over the years and will still own a dozen exotics after this year’s show.

S&R’s estate is placing back on auction a 2011 Mercedes-Benz SLS AMG Gullwing Coupe, originally purchased by Roy Horn for Siegfried Fischbacher at the 2019 Barrett-Jackson Las Vegas Auction. The duo’s estate is also offering a 1994 Rolls-Royce Corniche, a gift to Roy Horn for his 50th birthday and one of only 219 Corniches produced from 1993 to 1996.

“We are honored to have these cars, which are not just beautiful but pieces of history,” Jackson said. “You look at these cars, and you feel like you know these people personally.”

The entries are offered at “no reserve,” or no minimum bid set. The cars’ value is determined through market value, established live, during bidding.

The auction floor is famous for its star power, though the stars aren’t often interested in being fussed over or even noticed.

“We’ve had major sports celebrities and rock stars, like a who’s-who’s, the audience,” Jackson said. “It’s like, who is that guy who is a foot taller than everyone? Kareem Abdul-Jabbar. We’ve had the pro golfer Bubba Watson here, and he didn’t want to talk about golf. All they want to talk about is cars.”

Years ago, I actually ran into a guy at Barrett-Jackson wearing a Chickenfoot rock-band hat. I said, “Anyone ever told you that you look like Michael Anthony?” And he said, “You got him!”

The collection brings in such internationally famous cars as the 1994 Toyota Supra driven by Paul Walker in the first movie in the “Fast & Furious” franchise. And superstar DJ Deadmau5’s 2015 McLaren PI (McLaren should make a car called the mau5, but I digress).

It’s not the first time Barrett-Jackson has been showcased as Las Vegas rebounds from crisis. They brought a show to VegasVille just as the city was rebounding from the Great Recession in 2009. The auction also arrived just after the Oct. 1 shootings in 2017.

“Two weeks after the shootings at Mandalay Bay, we were back at Mandalay Bay Events Center, and we raised $1 million for front-line workers,” Jackson says. “We wanted to pay homage to these people. Our goal now is it’s safe to come back to Vegas, and we’re putting these faces to our event.”

On the topic of wheeled transportation, famous people and even History channel: Rick Harrison’s Lucky 7th Annual Pawn Stars Poker Run raised more than $125,000 for The Hundley Foundation’s fight against epilepsy. That figure was a record for the event, which was co-presented May 29 by Harrison and NFL free-agent QB Brett Hundley.

And we tease, there is more news forthcoming on “Pawn Stars,” so don’t touch that dial …

Bronx Wanderers to Westgate Cabaret. They have been around the tires, kicking, at the hotel over the past several days.

On the topic of Westgate, Nolan Gould of “Modern Family” and his manager, Sean Reilly, sang “Islands In The Stream” at Westgate Super Karaoke on Thursday night. A sure sign that Vegas is indeed on the pandemic comeback trail.

Remember the hologram show featuring Whitney Houston’s likeness? Announced before pandemic? It’s still very much alive and is planned for presentation by Caesars Entertainment, which on Friday morning celebrated the $200 million refresh of Harrah’s.

Built by the Carpenters

“The Carpenters Tribute Concert” has two more shows left at 7 p.m. Tuesday and Wednesday in its monthlong run at Stoney’s Rockin’ Country at Town Square. This is Ned Mills’ and Sally Olson’s is a rote recitation of a Carpenters show from the duo’s 1976 United Kingdom tour. The production is musically sound, vocally spot-on, and will please any fans of the duo.

I enjoyed the traipse down Memory Lane in hearing songs I’d not heard in a really long time. Karen and Richard Carpenter cut so many hits, “Close to You,” “We’ve Only Just Begun”, “Yesterday Once More”, “Superstar”, and the cover of The Beatles’ “Ticket to Ride” After the show finishes at Stoney’s, its next Vegas performance is is Sept. 4 at Starbright Theatre. Catch it there.