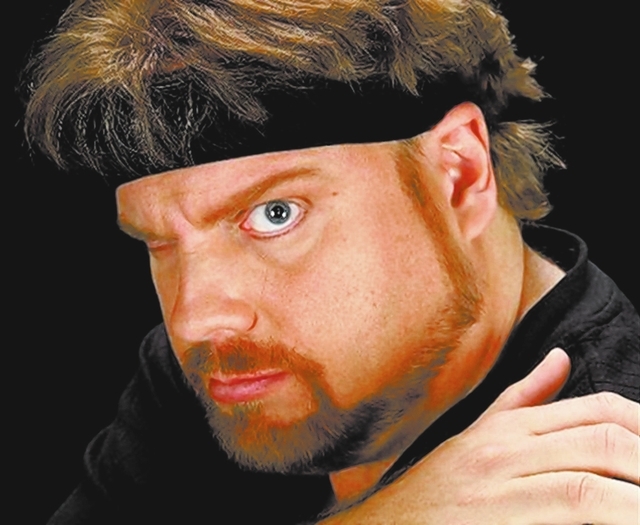 The Amazing Johnathan has already cheated death a few times, one Sunday afternoon in particular.

A few years ago, I showed up for a get-together at comedy-magician Nick Lewin’s house in Henderson, only to learn that Peter Reveen had just dropped by to inform everyone the Amazing Johnathan had died.

No one could dig up Johnathan’s phone number, but I knew I had it at the office. So I drove all the way to the Review-Journal to call him, and was never happier to hear his voice.

Turns out Reveen, a former stage performer and Lance Burton’s longtime manager, was in the early stages of the dementia that led to his death last year.

It’s still good to talk to Johnathan (Szeles), even if he is sharing bad news. The cardiomyopathy he’s battled for years is getting worse.

He says he isn’t a transplant candidate because he also has diabetes. The blood thinner that helped a few years ago “doesn’t seem to be doing the trick like it did last time.”

The doctor said that unless things improve, he might have only a year to live. “He could be wrong. I don’t feel bad; I feel normal,” he says.

So Johnathan is booking himself out of town for a weekend or two every month, doing the warped comedy-magic he performed for 13 years in Las Vegas. He performs in a defibrillator vest. “I can stand there and do the show. It’s not like I’m doing Cirque du Soleil stunts.”

Ticket sales have been strong, leading to dark jokes about bands that do “farewell” tours. “It is good for business, but usually it’s not because you’re dying when you do that,” he says.

He doesn’t mind me asking if people believe all this. Here’s the guy who made room in his show to plug a book of practical jokes, and who announced on Facebook last month a new venture to sell “completely original high end practical jokes.”

“Nobody’s ever faked their death in the history of entertainment and come back. My whole dream was to be the first one to do that,” he acknowledges. He even consulted attorneys, and “found out why nobody does it. First they hit you with tax evasion for the years you were gone, then people hit you with emotional distress lawsuits.”

So it’s not a joke. But he is getting married in June, to Anastasia Synn. That’s no joke either, even if he says “the key word here is pre-nup.” They are planning “a comedy wedding, the funniest wedding ever.”

“Who knows what’s gonna happen?” he says. “I’ve lived a pretty hard life, did what I wanted to do and definitely no regrets over it.” His heart problems began with a childhood virus, but recreational drugs didn’t help.

“I’m sure the way I lived has contributed to it somewhat. I’m not shocked by it,” he says. “I’m from the ’70s. What can I say man? I just happen to be still alive.”