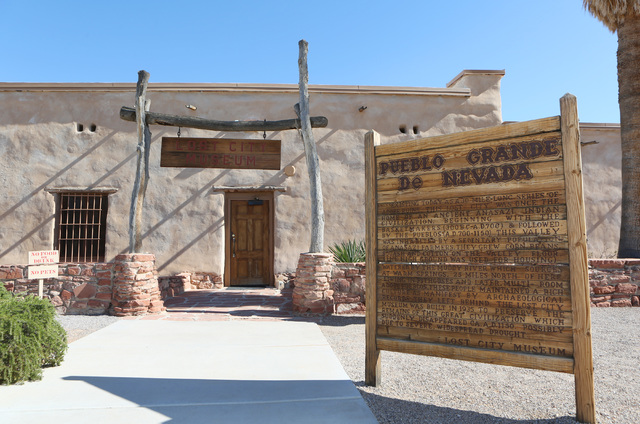 The Lost City Museum is shown Thursday, Oct. 17 2013, in Overton, Nev. The museum, located at 721 S. Moapa Valley Blvd., contains artifacts found in Southern Nevada that give insight to the native people who lived, worked and survived in the Mojave Desert. (Ronda Churchill/Las Vegas Review-Journal) 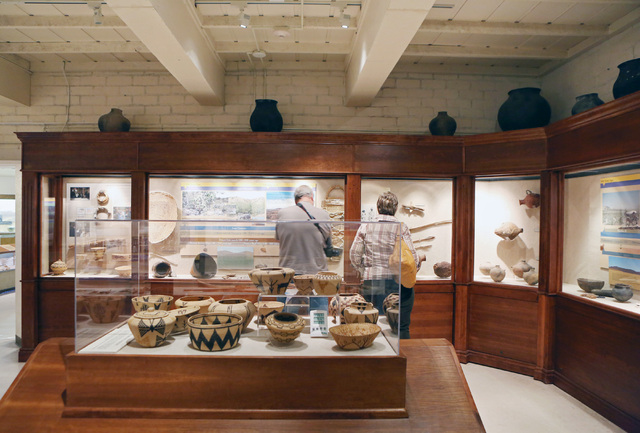 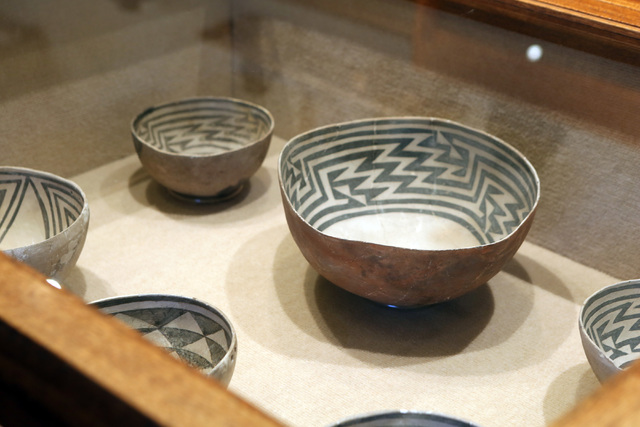 Anaxazi pots are shown at the Lost City Museum Thursday, Oct. 17 2013, in Overton, Nev. The museum, located at 721 S. Moapa Valley Blvd., contains artifacts found in Southern Nevada that give insight to the native people who lived, worked and survived in the Mojave Desert. (Ronda Churchill/Las Vegas Review-Journal) 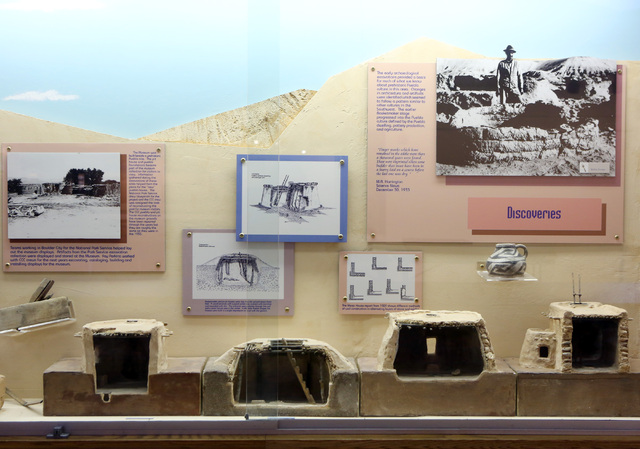 A pueblo dwelling exhibit is shown at the Lost City Museum Thursday, Oct. 17 2013, in Overton, Nev. The museum, located at 721 S. Moapa Valley Blvd., contains artifacts found in Southern Nevada that give insight to the native people who lived, worked and survived in the Mojave Desert. (Ronda Churchill/Las Vegas Review-Journal) 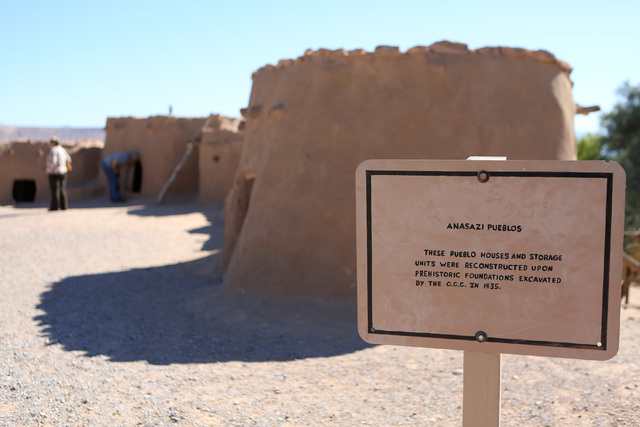 Autumn is a prime time to explore Southern Nevada’s scenic and historic side roads into places bypassed by our busy freeways and major highways.

State Route 169 through Moapa Valley provides just such an enjoyable drive off Interstate 15 north of Las Vegas. This rural route accesses points of interest such as the Logandale Trails Recreation Area, Valley of Fire State Park, and Northshore Road in Lake Mead National Recreation Area. The road follows the verdant valley carved by the Muddy River and leads to pioneer-era towns established where ancient cultures had thrived for about 10,000 years.

To reach this beautiful agricultural center, drive about 55 miles north on I-15. Just beyond Glendale, turn on Route 169, which will take you south about 12 miles through Logandale and Overton.

These neighboring towns were established by Mormon families in the 1860s. Take time to visit the art gallery and pioneer history exhibits displayed in the restored Old Logandale School.

The valley produces livestock, poultry, hay, vegetables and fruits, especially pomegranates, which have thrived there since being introduced by Mormon farmers in the 1800s.

The annual Pomegranate Arts &Crafts Festival celebrates this local favorite, as well as the works of local and regional artists, Friday and Saturday at the Clark County Fairgrounds in Logandale.

Other popular events held at the county fairgrounds include the Clark County Fair in April, the Fall Festival in October.

Another interesting attraction is the Lost City Museum, which introduces visitors to the valley’s ancient cultural history.

The museum, located at the southern end of Overton, sits on a little bluff near the highway, built upon the site of an Anasazi village abandoned around A.D. 1200.

When the Mormons arrived in the area, they soon discovered they were not the first permanent residents. The valley contained extensive ruins of pueblo-style villages, irrigation channels and artifacts such as tools, pottery and baskets left behind by native farmers and villagers long ago.

In the 1920s, local brothers John and Fay Perkins contacted Nevada Gov. James Scrugham about the ruins, which would lead to a series of excavations at the site by noted archaeologist M.R. Harrington.

With the construction of Hoover Dam underway in the 1930s, excavation continued on sites that would be flooded by the creation of Lake Mead.

The Perkins brothers were among the local residents who worked on the excavations. Lifelong collectors of artifacts in the area, they maintained long-term interest in the museum from its beginnings in 1935 when the Civilian Conservation Corps built a single-story adobe building on an ancient site.

Visitors today see many artifacts from the brothers’ private collections among the museum’s displays.

Scientists are still learning about the Anasazi, or Ancestral Puebloans. The ruins in Moapa Valley mark the western extent of a culture that spread from the Four Corners area across all of Northern Arizona and north into Southern Utah. They traded with other groups as far as the Pacific Coast and south into Central America. The Moapa Valley people mined turquoise and salt to trade.

The original adobe building, now listed on the National Register of Historic Places, still houses exhibits. Additions to the museum include two galleries, an indoor excavation site and a theater. Outside, shaded tables welcome picnickers, grounds are landscaped with native plants and visitors can explore re-created ruins of an ancient village.

The museum sponsors several annual events, including Native American Day on Nov. 14, featuring native dancing, crafts and demonstrations. The Lost City Museum is open daily, except for a few holidays. The entrance fee is $5 for all visitors 18 and older.

Margo Bartlett Pesek’s Trip of the Week appears on Sundays.