Back for the second consecutive year, the seventh-ranked Boise State Broncos — led by stellar quarterback Kellen Moore — take on the Arizona State Sun Devils at 5 p.m. (prime time for East Coast viewers) on ESPN. Which only makes sense, considering that, in 2001, ESPN Regional Television acquired what started out as the Las Vegas Bowl.

And it’s the Las Vegas setting that "brings a little bit more excitement to the game than if they were playing in Albuquerque," ESPN producer Stephen Ackels says.

Before the game itself, ESPN will have camera crews following the teams around town as they explore Las Vegas — including an expected Arizona State visit to the Monte Carlo to catch the Jabbawockeez dance crew in action — "because it’s Las Vegas," he explains.

"It’s always fun to go there," the producer says, adding that "the best part about it is seeing the players interact" as they’re out on the town.

About 60 crew members are expected to converge in Las Vegas on Tuesday to prepare for Thursday’s game, which helps kick off the holiday bowl season.

Desert haunts: Most made-in-Nevada movies are made in Vegas.

But not "Do Not Disturb."

Pahrump-based writer-director James Horton is gearing up to start production on a ghost story he describes as "a cross between ‘Paranormal Activity’ and ‘Ghost Adventures.’ "

And those ghostly adventures take place not on the glittery Strip but in the spooky deserted desert.

About half of the movie will shoot in and around the Amargosa Opera House and Hotel, the Death Valley Junction outpost that dancer and artist Marta Becket has called home for decades.

"We wanted all of the best locations for a ghost story — without using a graveyard," he says. Which explains the choice of "a lonely highway" appropriate for a "ghost figure hitchhiking" and a "small-town atmosphere" with the spooky spirit of "all the classic horror movies."

Teed off: TV commercials promoting the launch of Kiss’ Monster Mini Golf will be the focus of a shoot this week at Dream Vision Studios.

The studio’s art department is designing and creating props for the project, which is expected to open early in 2012 on Paradise Road; two of the studio’s soundstages will be used for both TV commercials and print ads, Dream Vision’s Phyllis Carreon-Taie reports.

Quick takes: Novelas Educativas planned to shoot a short video promoting Latino civic engagement in Las Vegas over the weekend, "talking to folks in the community" about "what they’re doing to get more involved," producer Miguel Orozco reports. The video will be shown to nonprofit groups and at various outreach events, he reports. 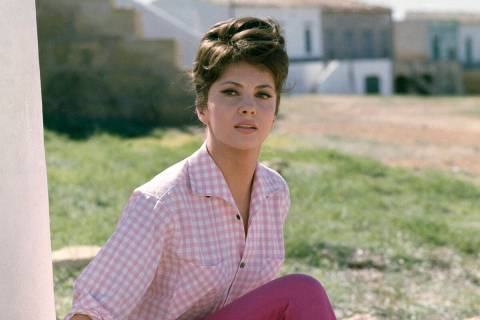