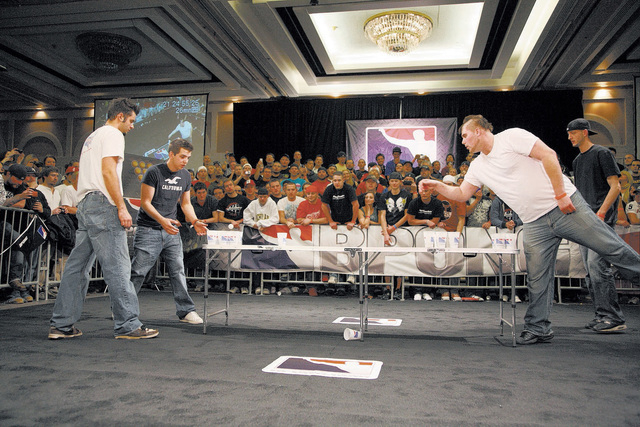 World Series of Beer Pong will be held Jan. 1-5 at the Riviera. (courtesy)

The high price of air fares is impacting a Vegas staple: Some East Coasters are struggling to scrounge cash to fly here for January’s World Series of Beer Pong.

That’s what Billy Gaines, founder-CEO of the event, told me.

Fret not, this beer o’clock will hoppen Jan. 1-5 at the Riviera, where 600 Ping Pong ballers on hundreds of teams will bubble up from America, Japan, Hong Kong, Switzerland, France, Italy and other nations (BPong.com).

Top prize: $50,000 for being the best team at bouncing balls into cups. (The tourney puts water in competition cups to avoid death-by-beer-consumption, and germs, and stuff).

Gaines said the event draws mostly guys in their 20s and he once considered instituting a beer pong bikini contest, but then he thought about it and figured, nah.

There are side games, though, including the unfortunately named beanbag game called “cornholing.”

Last year, one side game was: Dudes bouncing volleyballs into trash cans, ergo “Giant Beer Pong” (that’s my name for it).

Gaines used to be a lawyer doing patent drafting in Chicago, but he gave it up to move here, live a less stressful life and run this World Series.

He and I were gossiping about lawyers when he said, “A lot of lawyers have substance abuse issues.”

“Is one of those drugs beer?” I said.

“It is. It’s beer and everything else,” he said.

He didn’t bite on my suggestion, a new Beer Decathlon series: Beer pong, cornholing, darts, billiards, basketball horse, arm wrestling, “Call of Duty,” Jenga, charades, and competitive doughnut eating. So if you event producers like this idea, it’s all yours. 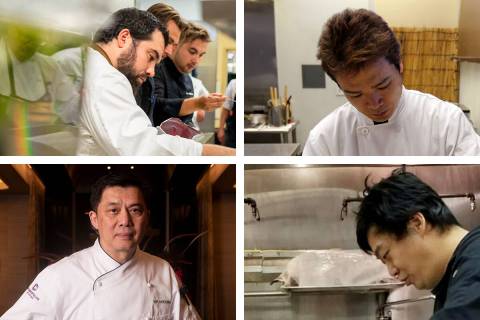