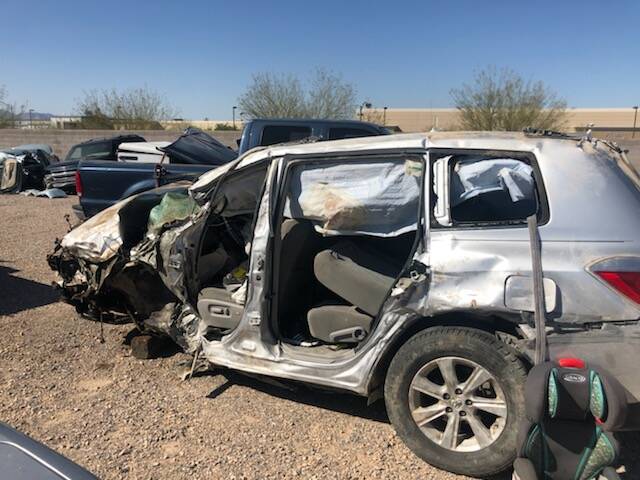 A Toyota SUV shows the damage from a horrific crash that was caused by Tyler Kennedy, who pleaded guilty to three counts of DUI causing death. The car had overturned. Three members of an Idaho family were killed, two children were injured. (Photo courtesy Josh Myers.) 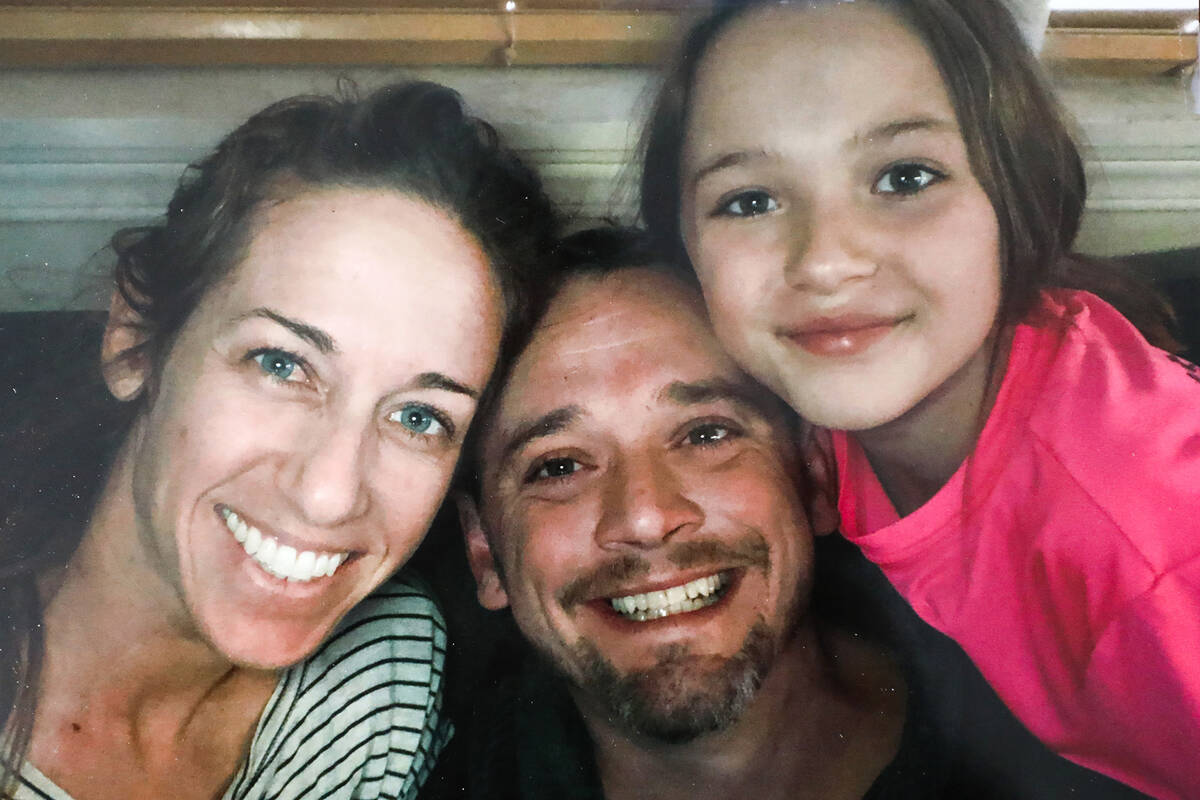 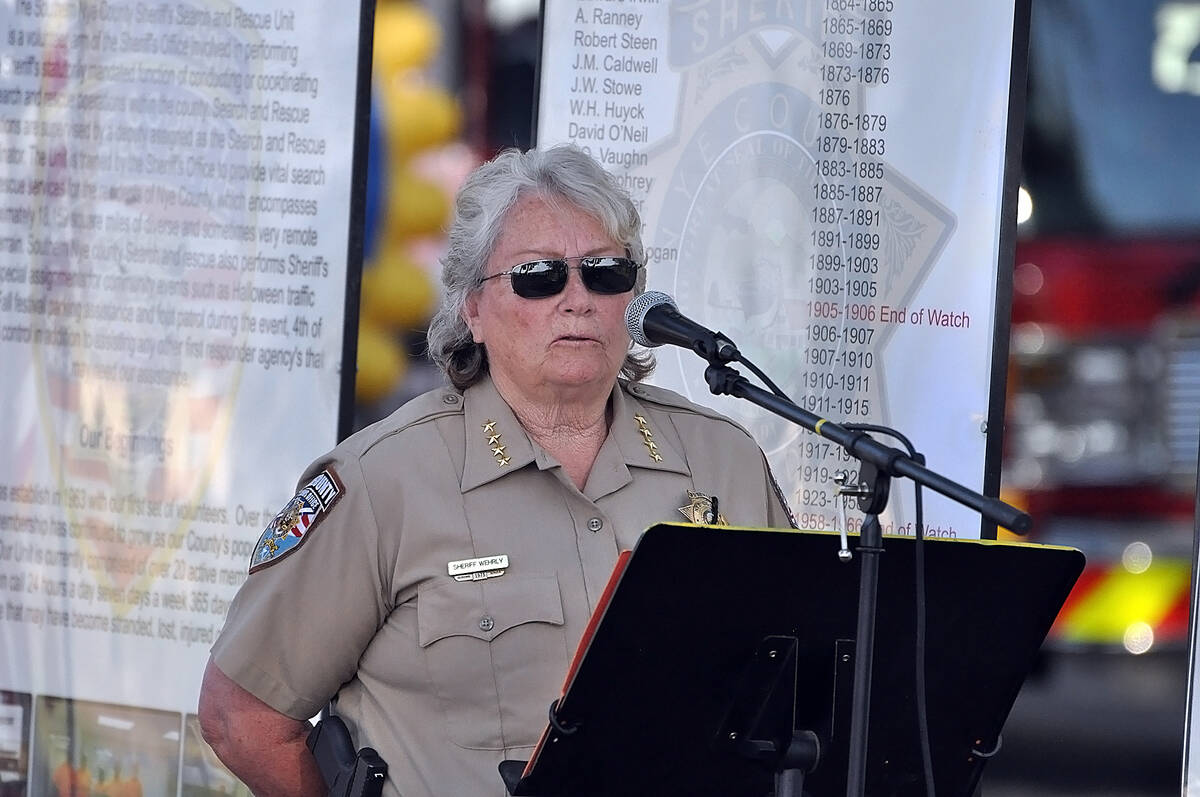 Nye County Sheriff Sharon Wehrly declined to discuss the actions of her officers who detained a driver they observed may have been on drugs two hours before he crashed into an SUV, killing three Idaho residents. (Horace Langford Jr./Pahrump Valley Times) 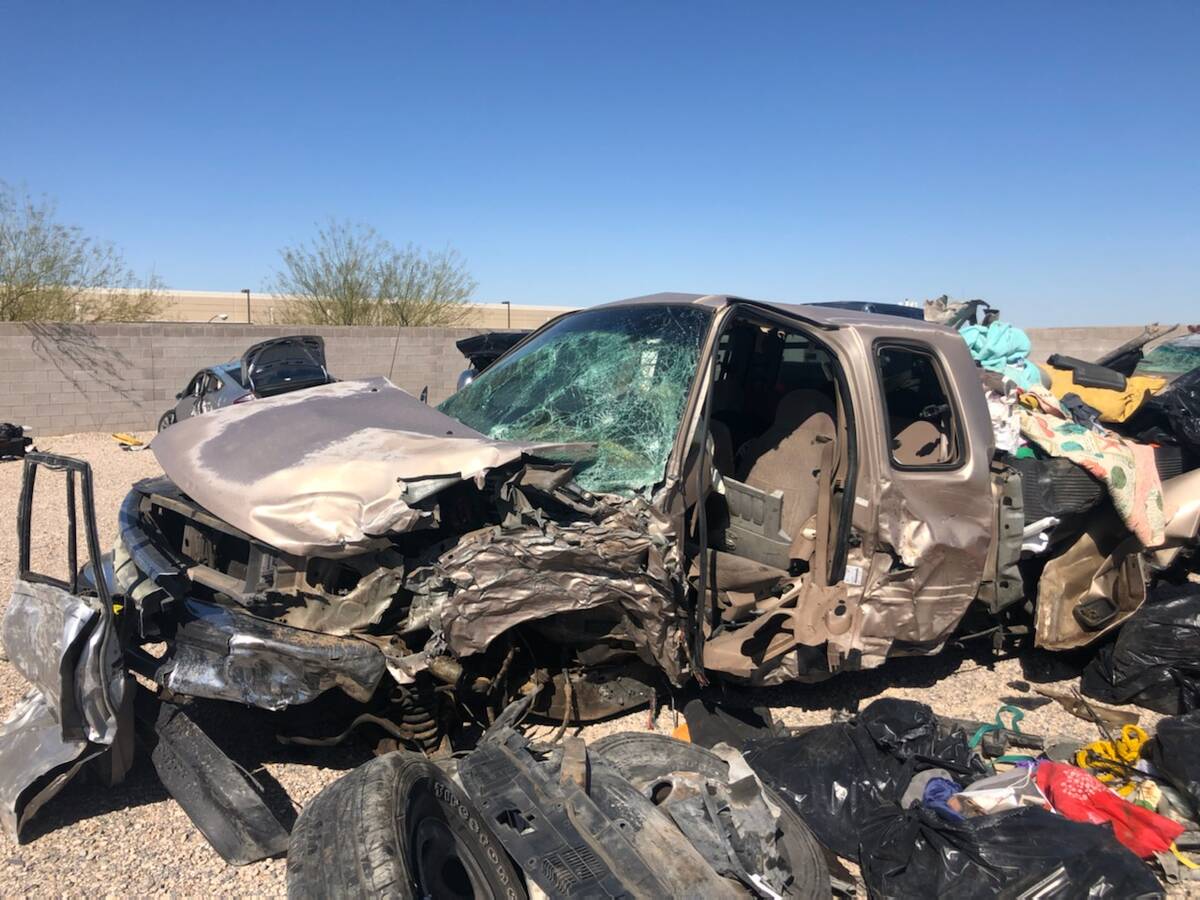 A truck driven by Tyler Kennedy is shown after he hit an SUV head-on in March 2021. Kennedy survived the crash but was injured. (Photo Courtesy Josh Myers.) 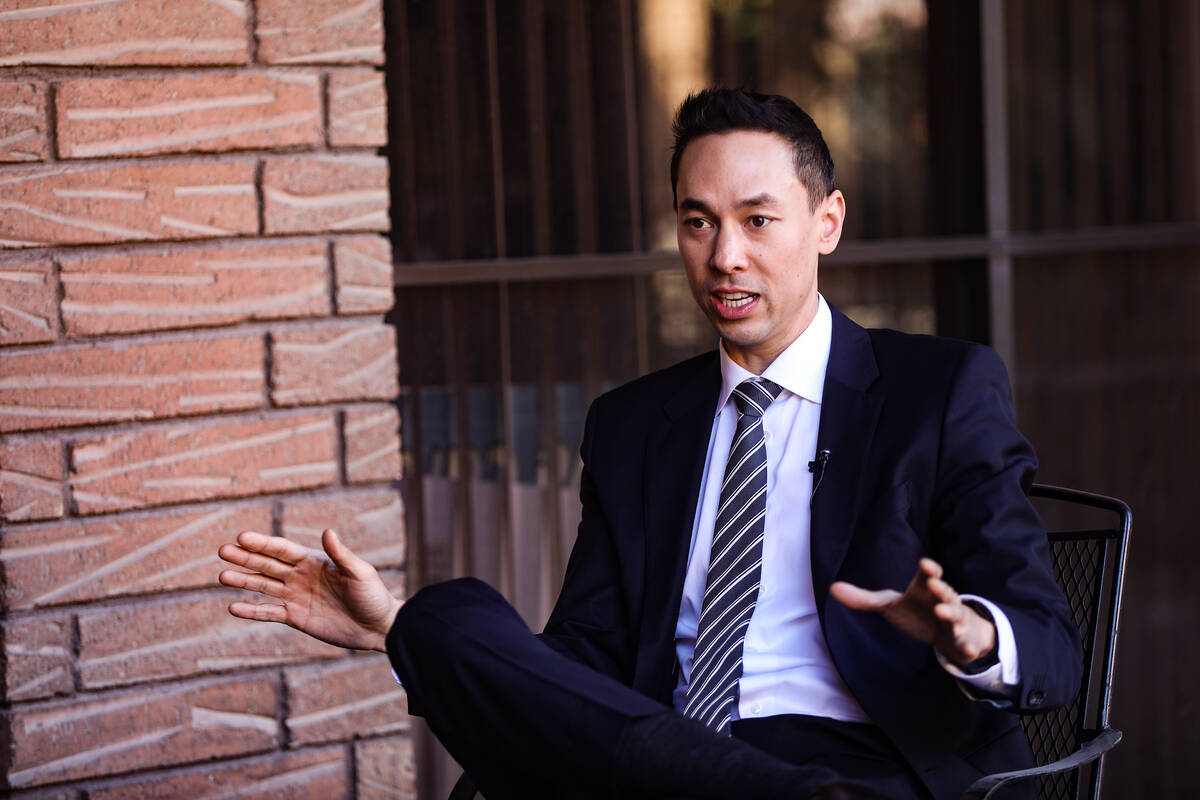 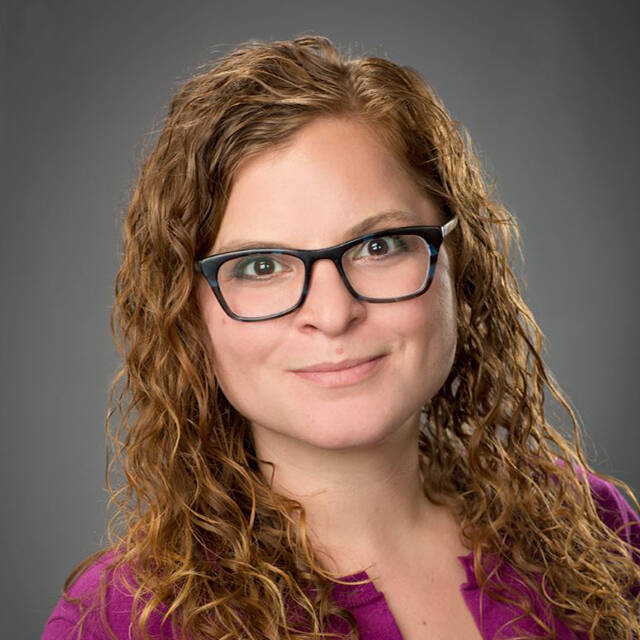 The Nye County Sheriff’s Department revised its arrest policy months after its officers questioned and released a driver who, an hour later, caused a crash that killed three people.

Officers allowed Tyler Kennedy to drive in March 2021 despite finding drug paraphernalia in his truck and observing that he looked “under the influence.” A former prosecutor and police experts were highly critical of how the officers handled the situation, which put a spotlight on police discretion and when an arrest should be required.

[ An impaired driver, officers who chose not to stop him — and a family forever changed ]

Kennedy was not given sobriety tests as required by DUI policy at the time. The department’s arrest policy was updated in December to specifically list DUI and reckless driving suspects as those who must be arrested and not cited and released, records obtained by the Review-Journal show.

The changes came after a county investigation of the five officers who were shown on bodycam video questioning Kennedy for 42 minutes about a gun complaint and drugs at an Amargosa Valley store. One officer told a deputy that it was not mandatory to arrest Kennedy. One of the officers, Michael Mokeski, was a department training officer.

County officials claim the arrest policy changes were a result of ongoing updates and not tied to the fatal crash. Nye Sheriff Sharon Wehrly declined to comment on the officers’ actions.

She testified in a civil case last year that her department is updating and standardizing policies and that the agency is working to achieve Commission on Accreditation for Law Enforcement Agencies accreditation.

Thomas Moskal, a former chief deputy Clark County district attorney who led the DUI unit and now defends people accused of impaired driving, said he searched Nevada statutes at the Review-Journal’s request and was surprised that state law did not explicitly require DUI arrests. “The Legislature needs to look into that,” he said. “There should be mandated arrest.”

The circumstances of the Kennedy stop raise questions about the judgment of officers and their decisions to arrest and detain or release a suspect during a stop.

Experts say officers have broad discretion — there is no national standard — and guidance is determined by the policy of each law enforcement agency.

But University of Nevada, Reno Criminal Justice Assistant Professor Emily Berthelot said that if an officer allows a suspect believed to be intoxicated to drive away, it endangers the community and is possibly a criminal act.

“If prosecutors brought charges against whoever decided to release this man, there would be a very high risk of conviction,” she said, adding that charges of negligence, dereliction of duty and endangering the public could potentially be filed, depending on the evidence.

She said police discretion can be a good thing on minor violations but not ones that risk public safety.

Mokeski’s attorney, Brent D. Huntley, wrote in an email that Mokeski, who now works as an investigator for the district attorney, left the scene before other deputies found the drugs and paraphernalia.

Richard F. Groeneveld, who retired from the Phoenix Police Department in 2007 as a commander and wrote a book in 2005 on police arrest discretion, said it is impossible to have a policy and procedure for every possible situation police will encounter, so some leeway is necessary.

But releasing a DUI suspect without making sure he can drive safely is a clear liability issue and a huge risk to the community. “We do a pretty good job teaching policy and procedures, but don’t do a good job teaching discretion or cognitive thinking on the job,” he said.

Many departments are losing veteran officers, so younger, less-experienced police are on the streets and even becoming supervisors, he said.

Policing history in the United States shows policy decisions are made on a local level by chiefs or sheriffs, he said, adding that arrest discretion probably shouldn’t extend to a felony situation where a suspect is found to possess illegal opiates.

Dale Anderson, a former detective and training officer at the Metropolitan Police Department’s academy, said an officer has more leeway dealing with a victimless offense than a crime with a victim.

Based on his experience, Anderson said DUI arrests involve a lot of paperwork and often result in few consequences for the offender, while gun calls are seen as important.

“I worked in the firearms unit, and what happens in law enforcement is they don’t care about dope,” said Anderson, who now runs a self-defense consulting business. “If I get a gun, it’s a prize — ‘We recovered a gun today. Good job.’ Some are so blinded by the trophy, they don’t care about anything else.”