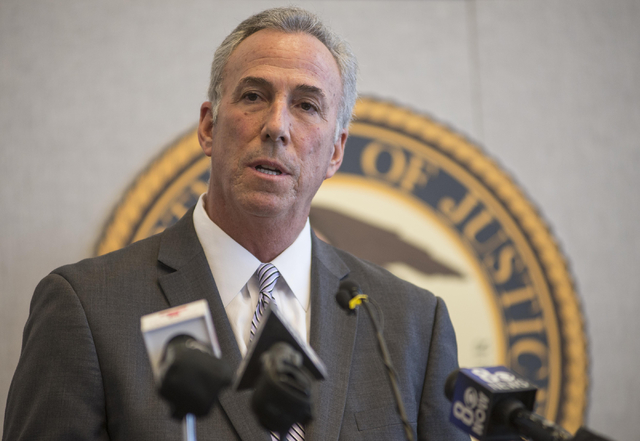 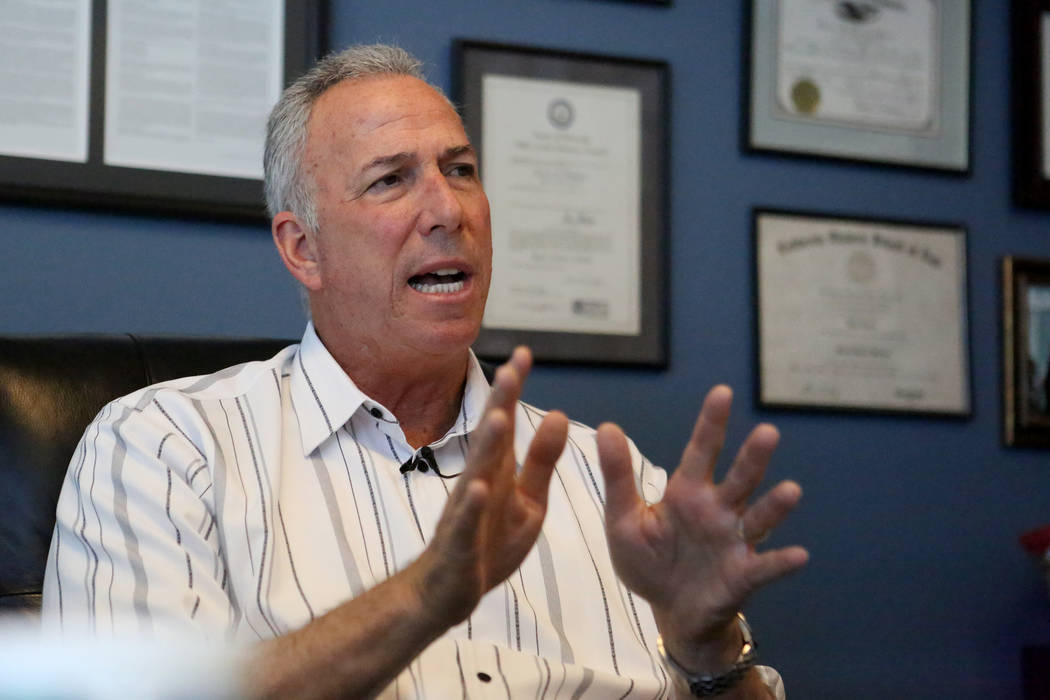 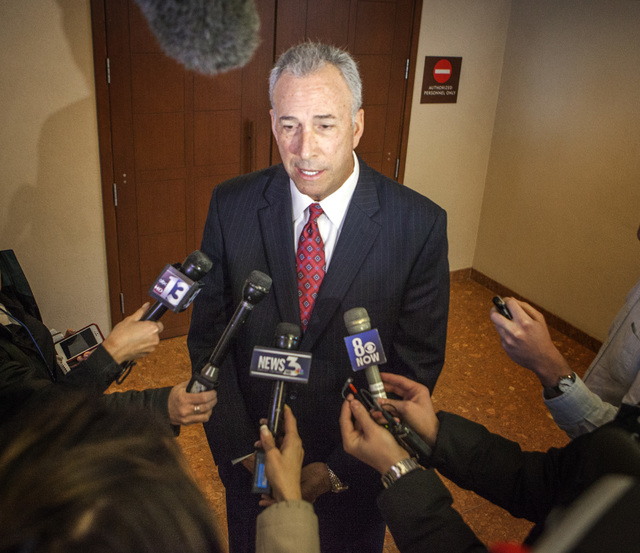 Clark County District Attorney Steve Wolfson was not obligated under Nevada law to publicly disclose the 2014 theft of nearly $42,000 in campaign funds, the secretary of state’s office said.

“Money stolen from a campaign account and then returned within a few weeks does not qualify as a reportable contribution or expense,” said Jennifer Russell, a spokeswoman for Secretary of State Barbara Cegavske. “Obviously, all candidates are encouraged to report the theft of campaign funds to local law enforcement.”

But some in the political arena are questioning the secretary of state’s interpretation of the law, saying it goes against the law’s intent to maintain transparency in the election process.

The lack of disclosure leaves the public with no official record of the campaign theft and subsequent repayment, Hart said Monday.

“My understanding of the law is different than the secretary of state’s,” said Fumo, member of the Assembly Judiciary Committee and a defense lawyer who has contributed to Wolfson’s campaigns over the years. “I thought everything is (supposed to be) reported.”

Wolfson said in an interview with the Review-Journal last week that he did not file a campaign report with the secretary of state showing that his trusted aide, Audrie Locke, stole the money and later paid it back with the help of her family. A top election deputy to then-Secretary of State Ross Miller told him at the time that he did not have to report the theft, Wolfson said.

Wolfson also said he exercised his discretion as the victim and did not report the theft to Las Vegas police, allowing Locke to resign without prosecution and seek treatment for a gambling addiction. He brought her back to the district attorney’s office two months later, where she continued to handle money.

Wolfson plans to provide records to the Review-Journal on Tuesday showing that Locke paid back the money.

The theft, hushed up for more than three years, became public after the newspaper obtained personal emails between Wolfson and Locke discussing it in August 2014.

“If you give a special favor and don’t report it so someone doesn’t get in trouble, that’s the definition of no transparency and judgment,” Langford said.

Locke, 45, the district attorney’s community liaison and spokeswoman, admitted in an interview last week that she took the campaign’s checkbook without Wolfson’s knowledge and wrote a series of checks to herself in 2014.

At the time, Locke was on Wolfson’s campaign payroll performing a variety of duties, including helping to maintain the campaign’s books and filing the very contribution and expense reports now being questioned. She also was earning about $80,000 a year in her high-profile job at the district attorney’s office.

Her dual roles for Wolfson have attracted the attention of Clark County Commission Chairman Steve Sisolak, who is running for governor on the Democratic ticket.

Sisolak cited the scandal as the latest reason for the need to tighten campaign finance laws.

“The optics of this is not good,” Sisolak said. “When the public sees money donated to a candidate for election purposes, they want it spent on elections. They don’t want it funneled to family and friends.”

Sisolak said that he’s working on a legislative plan that would prohibit elected officials from paying family members, close friends and office staffers and their businesses for various work on campaigns.

He intends to push the legislation, if elected, to provide more guidance to elected officials and restore the public’s confidence in the campaign reporting system.

Wolfson’s decision to not pursue potential felony criminal charges against Locke has raised concerns about whether she received favorable treatment because of her close personal relationship with the district attorney.

“I think Mr. Wolfson, as a victim, showed great compassion and understood that whatever occurred apparently was prompted by gambling issues,” said Chesnoff, who along with his firm has contributed $30,000 to Wolfson’s campaigns since 2003, records show.

“I think that someone similarly situated, if represented by me, (who) made restitution would be treated similarly.”

Nevada Attorney General Adam Laxalt, a Republican running for governor, could not be reached for comment. His spokeswoman, Monica Moazez, and other top aides did not return calls requesting an interview.

Yvonne Nevarez, executive director of the Nevada Ethics Commission, said she could not comment on a matter that could come under the panel’s review.