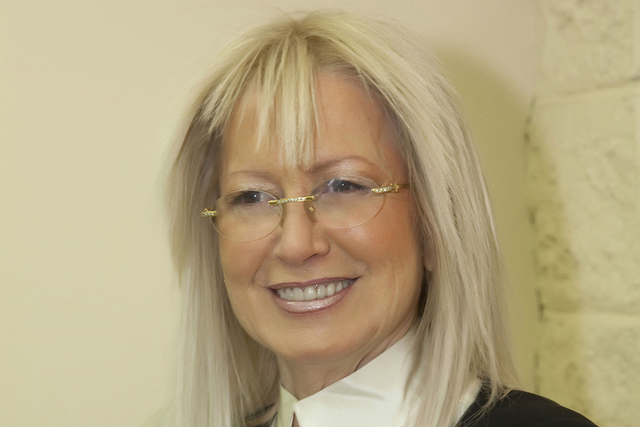 We asked Dr. Miriam Adelson, a physician and founder of two major drug abuse treatment and research centers and the co-founder of the Adelson Educational Campus in Las Vegas, to share her thoughts on drug abuse by young people.

Your drug abuse clinic in Las Vegas treats adults, as well as teens, but you have always showed particular concern about drug use by the young. Why?

Adolescence is an extremely vulnerable and damaging time period for people to be exposed to substance use and develop addiction. The brain is still developing through childhood and adolescence, reaching a matured state only in adulthood.

Any developmental disturbances while the brain is still maturing, which can be caused by exposure to drugs like marijuana, can measurably decrease the IQ.

Also, studies have shown that the earlier a person uses drugs the greater the risk of addiction later on in life. According to an analysis of the National Household Survey on Drug Use and Health done by the National Center on Addiction and Substance Abuse at Columbia University, more than 28 percent of people who acknowledged having a first substance abuse disorder used drugs before the age of 15. When the 15- to 17-year-old age group is added, the number rises to nearly 47 percent. So nearly half of the people with a substances abuse problem used drugs before the age of 18.

I’ve seen this at my own clinic in Las Vegas. The majority of the patients we treat began their drug usage as teenagers or earlier. That’s why it’s so important to identify the behavior early. Drug addiction is much like cancer. The earlier it’s diagnosed the sooner treatment can begin and the better the long-term prognosis becomes.

You recently published a study on the impact of drug testing at the Adelson Educational Campus. What were the key findings?

In short, the results were extremely encouraging. Over a six-year period in which all 280 students were tested for the most common drugs (cocaine, heroin, opiates, benzodiazepine amphetamines and THC), only four tested positive for cannabinoids. Two of the four students ultimately left the school, while the other two discontinued their use, graduated and went on to attend college.

What are the benefits of taking the time and effort to ensure a drug-free campus?

Unfortunately, access to illicit drugs has gotten easier and easier for young adults. A drug testing program can identify students who have just started using drugs and refer them to treatment. It also gives students a reason to resist peer pressure when it comes to experimenting with drugs. In a social setting, students can say “my school tests for drugs” to defuse a situation where they might otherwise be prone to peer pressure.

Are only students tested?

The entire campus, including the staff, participates in the program. Our view is that we are all in this together and as a show of solidarity to the students, we require everyone to participate. Additionally, this can help prevent a situation wherein a staff member could use his or her position to sell or deal drugs to students. So there are multiple benefits in everyone’s participation.

Do you think your findings will have a broader impact in Nevada and beyond?

The testing program at the Adelson Campus, in combination with a structured comprehensive educational program, has been very successful in deterring drug use among our students during the most vulnerable period of their maturation.

While I believe additional research needs to take place, I would certainly encourage other schools — both private and public — consider instituting a similar program. It takes a commitment from administrators, counselors, parents and the students, but it is undoubtedly worth the effort.

If you are a medical specialist who would like to be considered for this feature, please send an email with your name, a short description of your expertise and your contact information to health@reviewjournal.com.