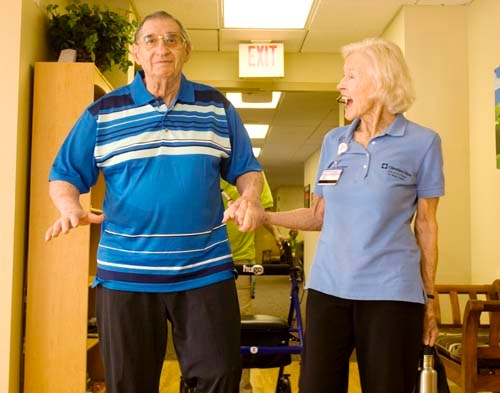 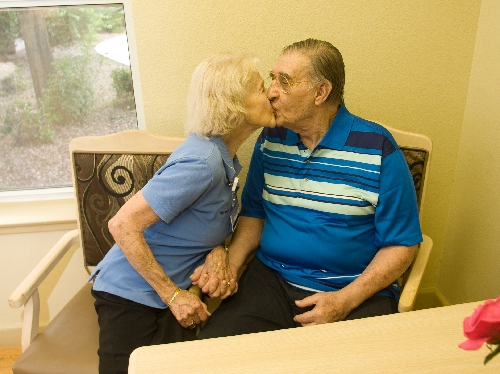 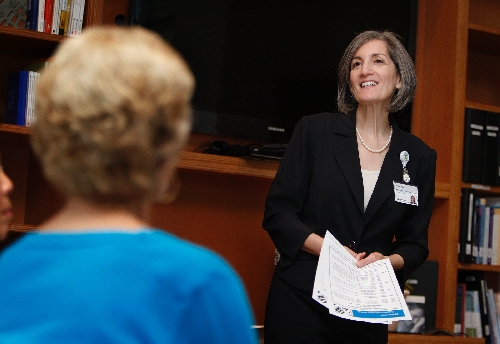 Today, she realizes that the first sign that something was going terribly wrong with her husband came in some of his investment ambitions. They weren’t grounded in his usual well thought out logic.

The fact that an undercapitalized entrepreneur wanted him to put up practically all the money for yet another wedding chapel in town — and then also run the venture at the age of 75 even though he was recovering from strokes — sounded good to him.

So did real estate deals that were long on promises, short on specifics and only sure to make someone else money.

Yet when that was first happening six and seven years ago, Jean Georges, who had long assisted Leonard Georges in his career of turning around businesses that were in trouble, didn’t think a medical problem was behind his behavior.

Maybe, just maybe, he wanted to take more risks now that he was comfortable in retirement.

Nor did she think there was a medical reason for his leaving the garden hose on all night while he watched TV, or for his accusing her of failing to write letters that he had never asked her to write or for his often repeatedly asking the same questions.

“Something was happening with his judgment, but I didn’t know what,” Jean Georges said as she sat in the library of the Cleveland Clinic Lou Ruvo Center for Brain Health in downtown Las Vegas. “We had an idyllic marriage for nearly 60 years and never conflicted. We always had talked things out. But now he was becoming more agitated if he didn’t get his way, and we seemed to be arguing over everything. I chalked it up to his being burnt out after working 16 and 17 hour days for years.”

You’re always making excuses for strange behavior, she said, when someone you love starts to act strangely.

It is shortly after noon as the 78-year-old Georges talks about the man she dearly loves, the 81-year-old father of her three children who has been diagnosed with Alzheimer’s, an incurable disease of the brain that causes memory loss and behavioral changes.

She is on hand to urge spouses of those with Alzheimer’s to enroll in a free Ruvo Center counseling program that is designed to increase the coping skills of caregivers while also decreasing their stress.

Created by New York University, the program has also been able to delay the placement of a spouse with Alzheimer’s in a nursing home by an average of 18 months, a significant factor considering the cost of such care is about $5,000 a month.

Researchers now believe the disease is expected to affect close to 16 million Americans by 2050, about double today’s number. If present trends continue, Alzheimer’s will cost the taxpayer-supported Medicare and Medicaid program $20 trillion between 2010 and 2050, according to an Alzheimer’s Study Group report released last year.

If a caregiver support program had been available in Las Vegas a few years ago and physicians were as aware of Alzheimer’s as they are now, Jean Georges said, she and her husband might not have had their arguments.

And she might not have had what doctors called a stress-induced heart attack.

It’s also possible that she wouldn’t have had to place her husband in an assisted-living home two years ago.

“It is so challenging to take care of someone with Alzheimer’s,” she said, tears welling in her eyes as she pushes her white hair away from her face. “And it’s even more challenging if you don’t know they have it.”

Now a Ruvo Center library volunteer who has read all she can about the disease, Jean Georges said ignorance about Alzheimer’s definitely isn’t bliss.

“I would have never argued with my husband if I had known he had Alzheimer’s. I’ve now learned that’s a golden rule for caregivers,” she said. “What was happening definitely wasn’t his fault. His reality was different than mine through no fault of his own. I regret those years of arguing so much.

“That’s why we’re so lucky to have the Ruvo Center in Las Vegas. Now you have a place to go to get help if you suspect something is wrong. I wish it had opened before last year.”

Years ago, when she told doctors that her husband’s behavior had changed, they essentially told her it was just a normal part of aging.

Even when she suspected Alzheimer’s after her husband only wanted to pay laborers $1 after they trimmed 23 palm trees, got lost both driving and walking, wanted to wear three shirts at a time and didn’t want to bathe, doctors said the only way she’d ever know for sure if her husband had Alzheimer’s would be through an autopsy.

One doctor, Las Vegas neurologist Dr. Charles Bernick, now an associate director at the Ruvo Center, said he did suspect the disease.

Two years ago, after arriving at the Mayo Clinic in Phoenix in hopes of discovering why she was so tired, Jean Georges had a heart attack.

“I was lucky,” she said. “I was in the right place at the right time.”

But the doctors there told her that if she wanted to live, she could no longer care for her husband.

The stress, they said, would kill her.

“The most difficult thing I have ever had to do in my life is put my husband in a home,” she said.

What Susan Hirsch, director of social services at the Ruvo Center, hopes to do with the new caregiver support program is help spouses adapt better to the challenges of the disease in a loved one, so they, too, don’t become ill.

“Too often we see where caregivers become ill and depressed, and we think this program can be a real help,” Hirsch said.

There will be six counseling sessions in all, two one-on-one with the spouse and four others with friends and family members — people who can be called on for help for such things as grocery shopping, transportation to medical appointments and staying with the Alzheimer’s patient while the caregiver goes out for a dinner.

Hirsch said advice will be given on how to manage daily living. If, for example, the person with Alzheimer’s wanted to help with the laundry but no longer has the ability to fold and sort clothes, the caregiver might want to give him or her a basket with a few items to work with. The same concept can apply to cooking or raking leaves or any household tasks.

“With just a few strategies, day-to-day living doesn’t have to drive a caregiver crazy,” Hirsch said, noting that caregivers are taught to redirect an Alzheimer patient’s often argumentative focus. “We distract, never argue.”

Hirsch also said that caregivers will be able to phone counselors whenever they have a problem.

“We want to make sure they have support,” she said.

As Jean Georges drove to see her husband recently at the Prestige Assisted Living center in Henderson, she said anyone who has a loved one with Alzheimer’s needs emotional support.

“I saw a person who was so brilliant just change before my eyes,” she said.

Sometimes Leonard Georges knows that Jean Georges is his wife.

On this day they kiss at the living center before she takes him out for a ride in her car.

“Where do you want to go, Leonard?” she asked.

“I don’t know,” he replied, staring into space. “The car will know where to go.”