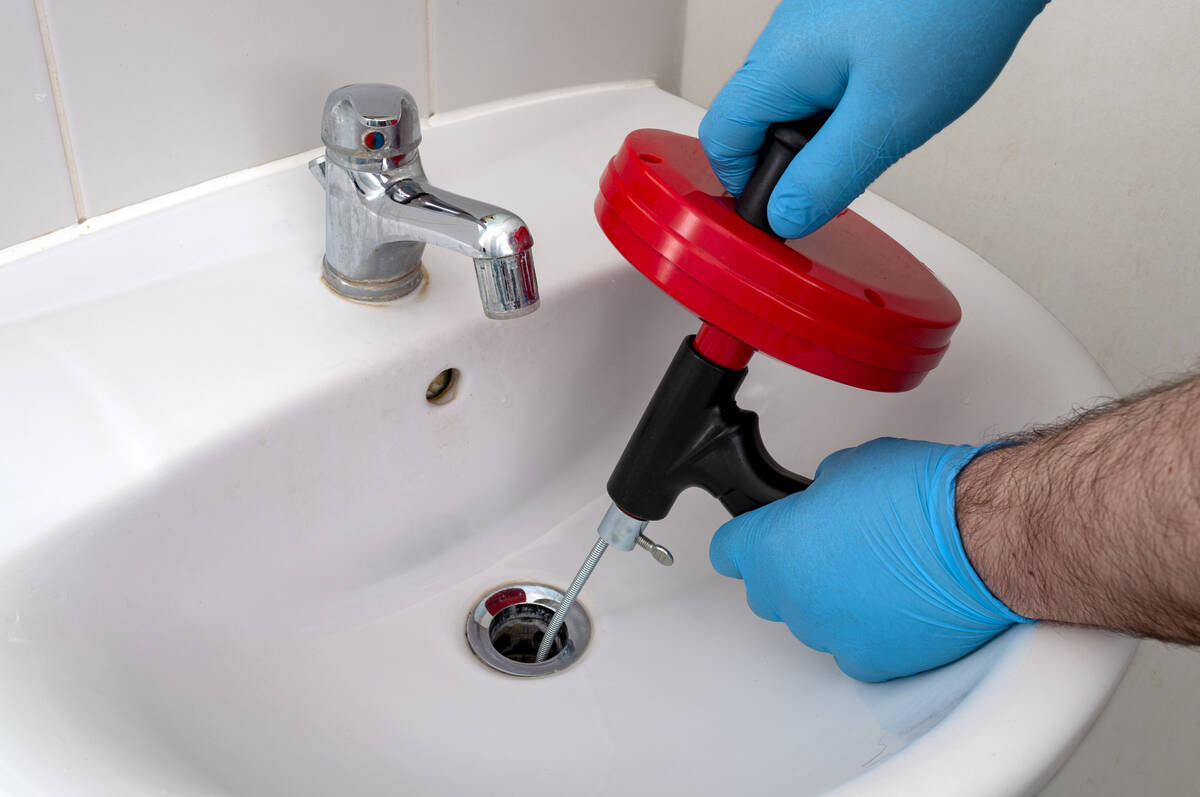 Q: I’ve noticed over the past several weeks that my bathroom sink is draining very slowly. It started several weeks ago, but it has become progressively worse. I have tried chemicals and a plunger. However, the water now stays pooled for nearly an hour before it drains. Is this easy to fix or should I call a plumber?

A: Before you start a project, you need to consider how badly you could worsen the situation. Could you last a day or two without the use of your bathroom sink? Probably so. If it was a problem with the water heater or the only toilet in the house, you might reconsider.

Evaluate your ability and forge ahead. This repair is not complicated, but if you do get into trouble, there are other sinks to use.

The average clogged sink can be cleared very quickly, but be forewarned: It’s a messy job.

First, remove as much water from the sink as possible, and then place a bucket under the P-trap (that’s the U-shaped pipe under your sink where your jewelry will hopefully end up should it fall down the drain). Unscrew the slip nuts on the trap, give a slight pull and fill the bucket with the water that is left in the sink and tailpiece (the section of pipe that runs from the bottom of the sink to the P-trap).

The trap will likely be filled with debris that you need to clean out. The tailpiece will also have debris hanging out of it which needs to be removed. Reinstall the P-trap and run some water. It should drain with no problems.

Incidentally, many times a clog will start with slow-draining water. Don’t get lazy and let it turn into a full-blown blockage. When you notice water draining slowly, it is best to clear the clog while it’s still relatively easy to do.

Had the clog been past the trap and into the drain line, you would have needed a hand snake (also known as an auger). A 25-foot snake comes coiled up in a pistol-grip housing for under $25 at a home improvement store. The end of the snake resembles a corkscrew and either grabs debris in the drain line or pushes it down.

Anyway, with the trap removed, loosen the locking screw on the snake and slowly feed the flexible cable into the drain line until you meet with resistance. This will either be a bend in the pipe or a blockage.

Next, tighten the locking screw on the snake, crank the handle clockwise, and push. If you can get past the resistance, it is likely a soap clog or a bend in the pipe.

I suppose it’s a little like fishing — waiting and feeling for the right moment to pull and the anticipation of seeing what the lunker looks like when you finally bring it to the surface.

What is really gross, though, is when you finally pull the clump of debris out of the drain line. It’s a sight and particularly a smell that would make any medical examiner run. Let’s hope fish never smell like this.