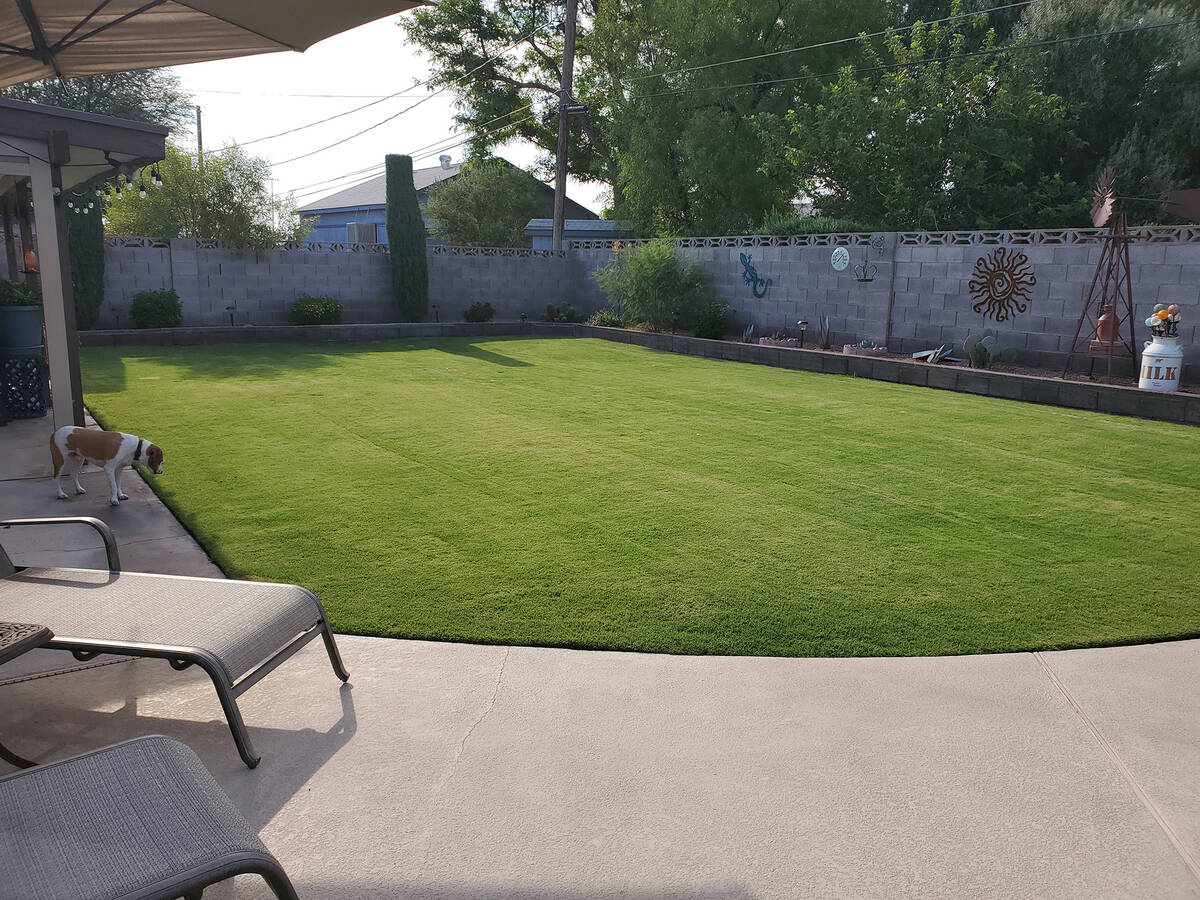 Hybrid Bermuda grass can make a good-looking warm-season lawn in Southern Nevada, but it uses about the same amount of water as a medium tree. (Bob Morris)

Q: How can I get rid of Bermuda grass now growing in a tall fescue lawn.

That’s tricky because Bermuda grass is a warm-season grass and doesn’t start growing until about mid-March or early April. It’s easier to control fescue growing in a Bermuda grass lawn. The fescue in the lawn is a cool-season grass so it needs seeding when it’s cooler.

If you want to try that, I recommend spraying Roundup in spots where the Bermuda grass is growing in the late spring and wait about a week. Cut the grass in the Roundup-applied area shorter and seed directly into those spots. You should start seeing the fescue pop up in about seven to 10 days as the grass in those spots is dying.

You can safely seed into Roundup-applied areas about a week after the spraying has been done. The tall fescue and Bermuda does not look dead yet, but they are dying.

I would mow the area shorter, somewhere between ½ to 1 inch tall, and apply some ammonium sulfate (21-0-0) in early March. The Bermuda grass likes warm weather, as well as nitrogen fertilizer, and it will start turning green a couple of weeks earlier.

Use a high-quality tall fescue variety to seed in those spots. As the new fescue seed is coming up you will see sprayed areas start to die or turn brown.

In the future keep your mowing height between 2 and 3 inches. Keep the lawn thick to choke out any invading Bermuda grass. To do this apply fertilizer to fescue lawns at least four times per year: Valentine’s Day, Labor Day, Memorial Day and Halloween.

The fertilizer to use is a 21-7-14, between ½ to ¾ of the bag rate. The bag rate is too much fertilizer. Don’t give the edges of your lawn of bevel cut because it encourages in Bermudagrass invasion. Instead, use a steel edger perpendicular to the edge of the lawn.

Q: How do you prune a clematis vine in North Las Vegas?

A: Clematis vine should flower late in the spring and then again in the fall if you are lucky. There are multiple ways to prune it depending on what you’ve got.

Clematis is basically a flowering woody vine that can be pruned as if it were a shrub. The flowers grow on older wood and, depending on the variety, can flower anytime from spring until fall. If the vine or shrub flowers all season long, then winter is the best time to prune.

Always prune flowering vines and shrubs just after they finish flowering. You are okay pruning now because the winter has interrupted the flowering.

Did you know there is a “native” clematis? It is not as spectacular when it flowers, but it is a native and so it will be lower in its water use. It is still a clematis.

Q: What is eating my orange tree leaves and leaving just a skeleton? I planted it about three years ago. I went at night but didn’t see any bugs on it.

A: If you’ve ever watched insects devour leaves, it only takes a day or two for that to happen. It is hard to pinpoint which insect this might be, but my guess would be one of the caterpillars that are general feeders to many other plants. Unless the leaves are inspected at least weekly it’s hard to tell what’s been eating them.

If they are only damaging the leaves, and there doesn’t seem to be a lot of damage, this pest is usually ignored. When the tree begins to set fruit and they damage the fruit, that’s when we tend to get more excited.

So, if the damage is not extensive and a few leaves are eaten here and there, don’t bother to treat it; monitor it, and it should recover in a couple of weeks. If the damage is extensive, try spraying the tree with some sort of organic spray of Bt (sometimes sold as Dipel or Thuricide) or Spinosad if the trees are not in flower. After flowering, Spinosad can be applied and avoid the colony collapse disease of honeybees.

Q: Are there any roses that will do well in only morning sun?

There are no roses that I know of that do well extremely close to hot walls. But if that wall is covered with foliage, then it is just a matter of heat tolerance. I think there are various tolerances to heat because of hybridization and human selection for different climates.

Roses, as with any flowering plant, need a minimum of six hours of full morning sunlight to do well. Eight hours of morning sunlight is even better. Regarding doing well in morning sun, the key will be the number of hours of total sunlight they receive and which variety you’ve selected.

Take a gander at Weeks Roses’ list (online) of plants that do well in deserts. Also, try the so-called Knock Out rose series. Their claim to fame is that they require fewer hours of sunlight. But generally speaking, flowering plants require more sunlight than those plants that do not produce flowers.

Q: I have read that worm castings can be effective in eliminating aphid and white fly infestations. Is it effective on all insects that suck plant juices? What effect do worm castings have on beneficial insects? Are there any special instructions or precautions to be considered when using worm castings around fruit and vegetable plants with leafhopper problems?

A: Sorry to possibly damper your excitement, but I have not seen any scientific publications that document this to be true. There is some excitement about research on chitinase and projections for its control of insects.

There is some debate about chitinase (chitin composes the exoskeleton of insects) and its effect on some insects. I think you must be careful about jumping to conclusions on this one. One truth doesn’t always lead to another.

If chitinase is effective on insects it will be nondiscriminatory. In other words, the chitinase developed in compost does not know the difference between a good insect and a bad insect. Chitinase is chitinase.

Once leaf hoppers, for instance, have matured and they are hopping around a lot when you pass by them, they are difficult to control without conventional hard pesticides. I have never heard of worm castings used for anything but a fertilizer or a source of soil organics.

About the only organic method I know of that does a pretty good job controlling leafhoppers is Spinosad. However, Spinosad must be applied when leafhoppers are immature in the nymph stages. It never eliminates them but reduces their numbers considerably if it is applied early enough and the spray is directed where they are living.

As an example, I used Spinosad sprays in May on grapes to reduce leafhopper numbers. I apply the spray about one week apart for two to three applications as soon as I see the nymphs on the undersides of the leaves.

I direct the spray upward so that the bottoms of the leaves are covered and then I repeat the spray on the tops of the leaves as well. To my knowledge, worm castings have no effect on any kind of insect pests. Treat it just as you would compost. 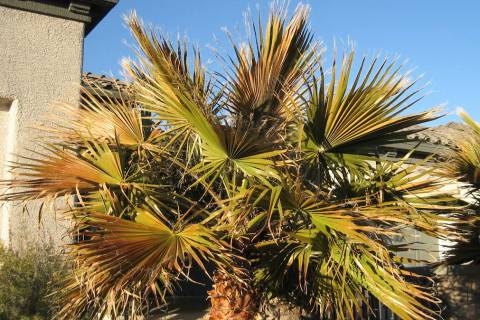