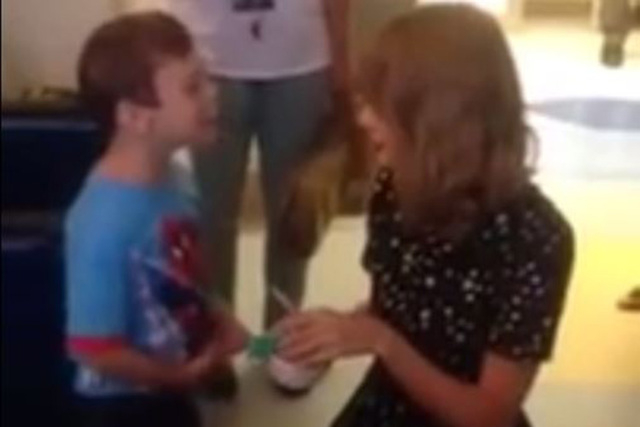 Swift is seen in a video of the visit talking to Jordan, and then she asks if she can play a song for him.

“Let’s do it!” Jordan screams.

Jordan asked Swift to play her favorite song for him. So Swift busted out her guitar and played “We Are Never Ever Getting Back Together.”

Jordan danced and sang along with Swift.

The video was posted to Jordan’s Facebook page with the caption, “Jordan just got a visitor TAYLOR SWIFT!!”

According to the video, Jordan has also had other big-name visitors to his hospital room recently including Spider-Man.