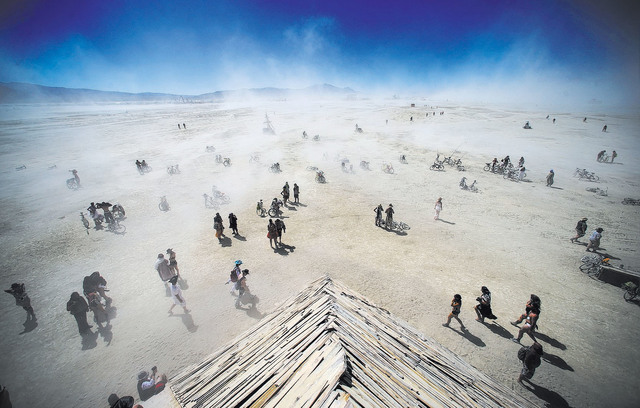 Attendees approach the Catacomb of Veils art installation as dust kicks up along the playa during Burning Man at the Black Rock Desert north of Reno on Thursday, Sept. 1, 2016. (Chase Stevens/Las Vegas Review-Journal Follow @csstevensphoto) 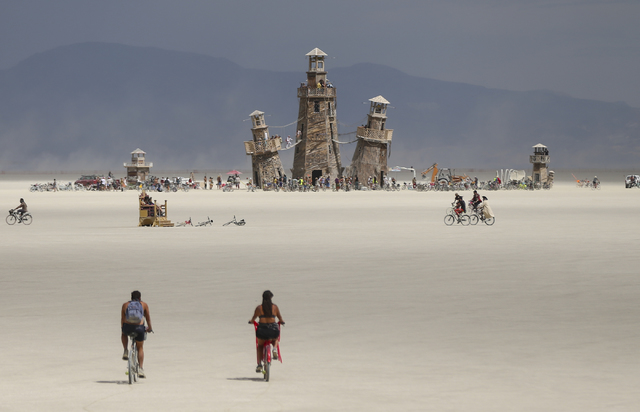 RENO — Little more than a speck of evidence remains of Black Rock City.

Where about 70,000 people rode lobster-shaped cars, danced witch-like in the moonlight and set up camp for a week straight, now there is only dust. Most of the people that participated in the week of artful libations known as Burning Man packed out their couches, skate parks, igloos, six packs of Bud Light, jungle gyms and crepe makers. They inevitably, though, left behind tidbits of waste, reported the Reno Gazette-Journal.

The reason that leftovers are so trace from this annual hoopla is because of a group of 125 volunteers and workers known as the “Resto” crew among Burners. The Resto, or restoration, team cleaned the earth for two weeks as though tidying a living room before a visit from the in-laws.

The crew had collected about three 30-yard dumpsters of trash and recyclables away from the playa. That’s nearly 200 green, curbside garbage bins. This year, the crew only collected a few piles of contaminated dust, only enough to fill maybe five of those same green garbage bins. Contaminants could be anything from gray water, non-toxic water mixed with other substances, to leaked engine oil to spilled propane.

Last year, they collected four 30-yard dumpsters of trash and a dumpster about three-quarters filled with contaminated soil, a drop in waste that they attribute to educating Burners and reaching out to camps that left more material than is acceptable by Burning Man standards.

Those standards are not only important to Burning Man organizers, but to the permitting government agency that oversees the event every year. In fact, officials from the Bureau of Land Management inspect the 8 square miles that Burning Man occupied, an inspection that has been taking place since 1998. Burning Man’s permit, issued by the BLM, is in part reliant on passing the BLM inspection every year.

“We are the last eyes on the playa,” said Tinio, noting that Resto is cleaning the land up until a day or so before the BLM inspection.

During the inspection, officials scan 65 randomly selected locations on-site, each location one-tenth of an acre, Tinio said. Officials also inspect certain areas that historically are left in subpar conditions immediately after Burning Man concludes. The Resto crew is tasked with ensuring that the entire site has been restored to its blank slate status, a status described in the current environmental assessment for the recreational area.

Restoration is a process. Tearing down infrastructure and assisting with the tear down of any of the large-scale art installations (the ones that were not burned down) comes first. Scooping up the ashes comes next, and then the tedious line sweeps. Sometimes 100-foot high dust storms that reach 50 mph cover the crews, making them invisible from a few feet away.

Although they have some help collecting litter from an orange plastic fence that encloses the site and catches a lot of the wrappers, tissues and ribbons that blow away, Resto hands pick up a lot of junk, junk that they are trained to see after a few years at it. Tinio, who has worked as a part of Resto for 20 years now, would know the playa blindfolded better than most Burners would know it eyes wide open.

The same could be said for many crew members, most of them dressed in the trademark hue of the team, black. Some sport bright mohawks, tutus, and kilts.

More than most Burners, Resto Burners are ardent about the “Leave No Trace” concept — one of the 10 principles of Burning Man. One could argue they take it more seriously than a lot of tree huggers. While some of them may indeed be tree huggers, they look more like a dark force of janitorial misfits who curse at each other over megaphones as a form of affection before piling onto a bus after lunch to go clean the playa some more.

“You get to be in a community of freaks, and you get to feel normal for a few weeks,” Tinio said.

They travel on site in school buses and rusted out trucks, which trundle from their camp-out at the 12-mile entrance to the open playa, spitting dust out from behind in a line, not unlike a scene of speeding warriors from “Mad Max.” All of the crew members, no matter their tool — a rake, broom, magnet or garbage grabbing stick — are looking for MOOP, a Burner acronym for “matter out of place.” The term, first taken from a book published in 1966 entitled “Purity and Danger,” is endearingly used for any waste in sight.

Some of the trucks break out to certain “hot spots,” points where a more than usual amount of MOOP, or particularly hard to deal with MOOP, has been found. The crews that deal with these messes are called the “Special Forces.”

He considers the playa his ever-shifting battleground, and time and weather are his adversaries. His crew, of course, is a MOOP army.

At every clean up point, the buses form a small perimeter, and the members line up, sweeping with their eyes and walking over every inch of the surface. The MOOP could be a pile of ash, a zip tie, a spill of oil or gray water, water that’s been used to wash something or mixed with something non-toxic. The most common MOOP is wood. Other ubiquitous MOOP is plastic chips, metal pieces and cigarette butts. Like forensic anthropologists, Tinio said, they sometimes can tell a story from the footprint left behind, whether a glitter bomb or a spaghetti pile.

Some of the MOOP is salvaged for treasure.

Around her neck, she wears a collection of nuts, bolts and coins that accent her blue jumpsuit, which has a handful of pins speared into it. Smiling with dust on her freckled cheeks and eyelashes, she explains that she found every one of the necklace pieces and pins while serving on Resto.

While Burning Man attracts a wide array of human-types — glamour dolls, B-list celebrities, vegan hippies, Silicon Valley CEOs, and ordinary weirdos — and some of them would never dream having to pick up the pieces of Black Rock City, the ones still around two weeks after dream of only that.

“You get to see it go back to what it was,” said Sandy “Phoenix Firestarter” Jungwirth, of San Francisco, who is in charge of the “Special Forces” unit for Resto.

Were it not for the “Leave No Trace” component of Burning Man, neither she nor her good friend Matthew “Starchild” Deluge would be part of the event.

“I was huge into festivals and concerts, and I realized what I was looking at and I was disgusted with the waste and commodification,” said Deluge, who is the lead captain of line sweeps for Resto.

A friend of his told him about Burning Man in 2006, and since he has been hooked, particularly to the Resto portion.

“It’s just us and the stakes and the cones, and it’s beautiful,” Deluge said.

Make no mistake, there is a heavy dose of waste, although most of it is not left behind like at other festivals. Burning Man participants throw away bags upon bags of trash into the Waste Management system of nearby cities, including Reno, Sparks and Fernley. Some naughty Burners toss their refuse onto the sides of the roads, or abandon their unwanted items at local businesses. Burning Man also has a highway crew that retrieves such items.

One of the most successful records of how “Leave No Trace” has changed is the MOOP map. The Resto team keeps track of where the heaviest MOOP messes are via a vinyl map that every day during cleanup is updated based on the team’s progress. A few people on the team are “scribes,” which means they color the map based on how much MOOP was found at a location, recorded based on GPS coordinates. The areas that are easily cleaned are colored in green, the ones that take a little extra time are amber, and the ones that make the troops stop in their tracks are marked red.

Because Black Rock City is mapped out each year, and certain camps lay claim to specific locations, the team is able to contact the camps afterward and notify them if they need to improve their cleanup abilities.

“We’re not here to blame anybody for whatever we find on the playa,” Deluge said. “It’s not about blame.”

Most of the camps do improve year after year. Fewer and fewer camps leave couches behind, which used to be a commonly abandoned large item. Although more vehicles, especially RVs, are attending, more people using RVs are signing up for graywater services so that a company comes and picks up their refuse during the event.

Still, there are some people that blame others, blame the wind — which, by the way, is a futile argument if you ask Tinio because if the wind blows trash from someone else’s camp to yours, it won’t stop there; it will keep blowing out to the orange fence. So, chances are it is something that was left there and stayed there, Tinio said. Either way, the goal is to leave the playa, which is used by other people year-round, cleaner than before Burning Man preparations even began.

“We didn’t create all the messes of the world, and we can’t clean them all up, but we can team together and clean up this one,” Tinio said. 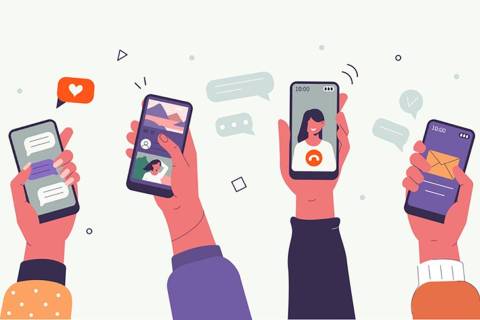 Nothing ruins a car trip more than being asked “Are we there yet?” a half dozen times before even reaching your halfway mark. 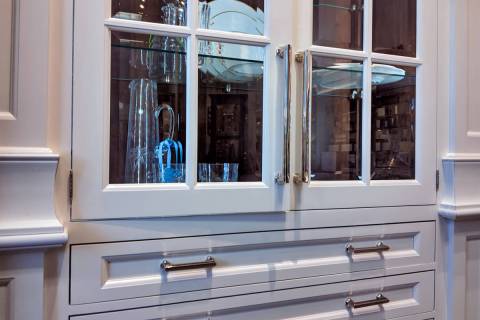 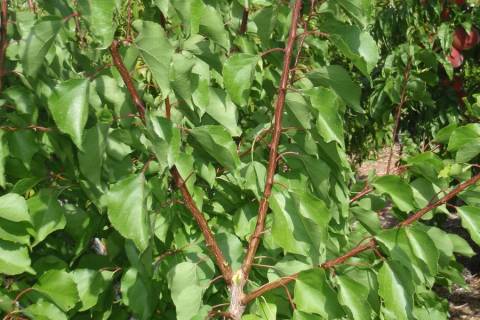 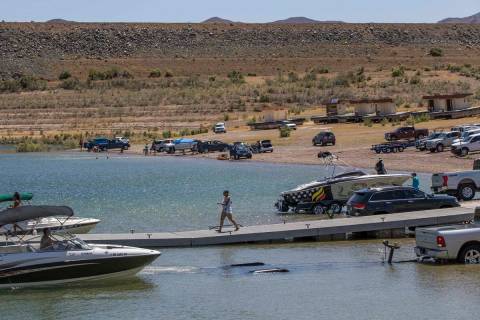 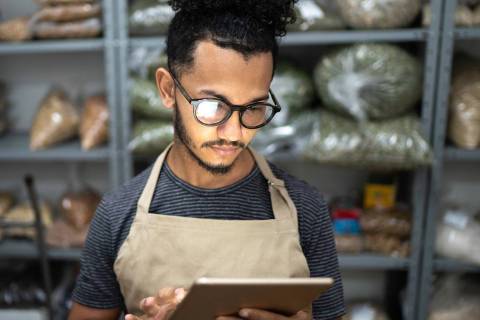 A Yelp report from September 2020 found that over 163,000 small businesses had closed at some point during the pandemic, with nearly 98,000 closing permanently.