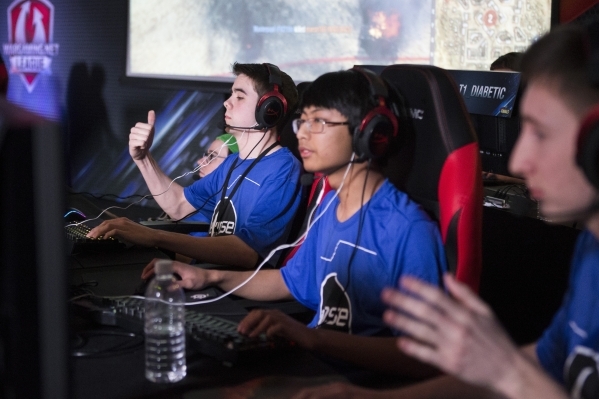 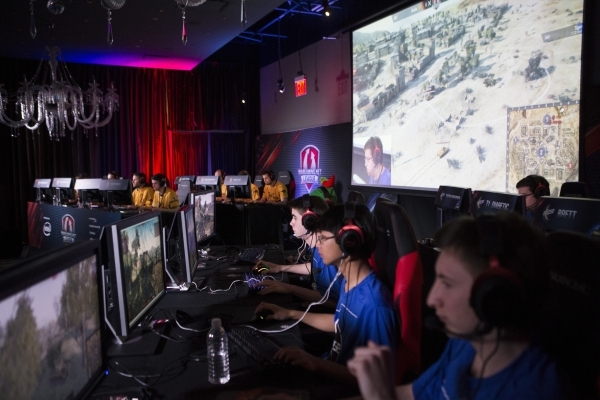 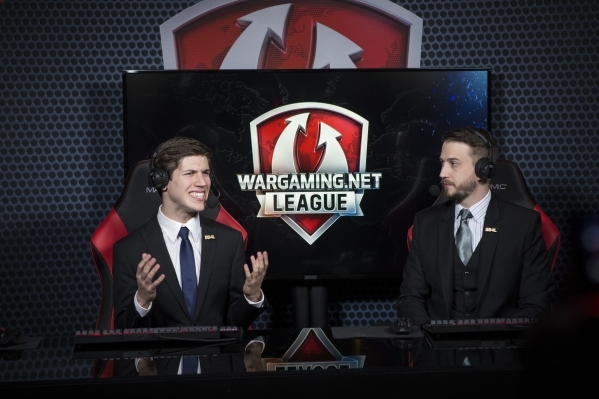 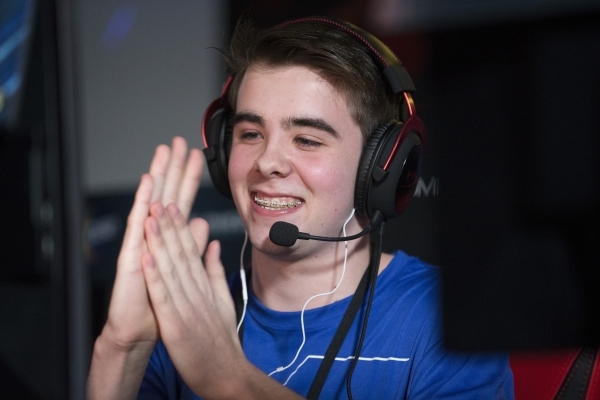 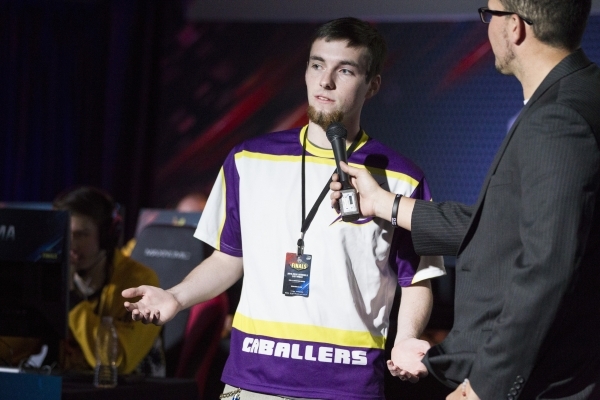 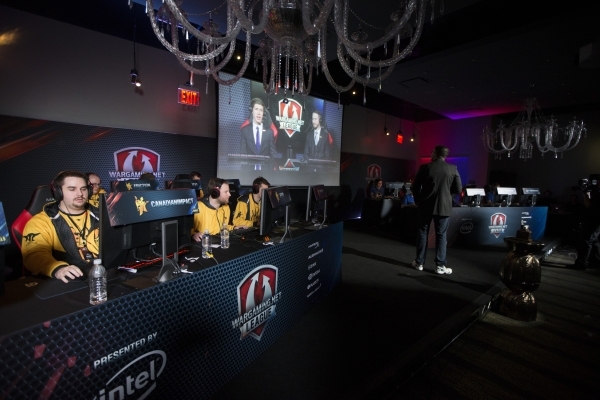 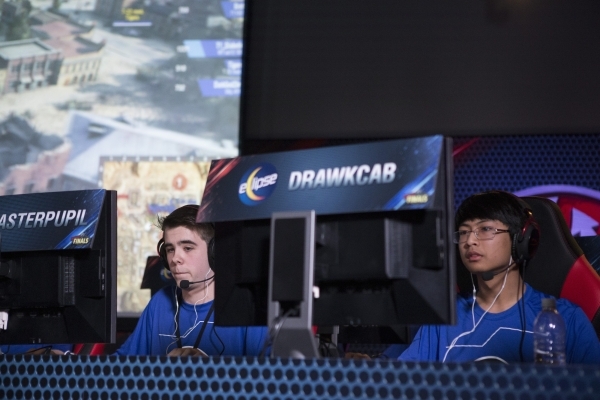 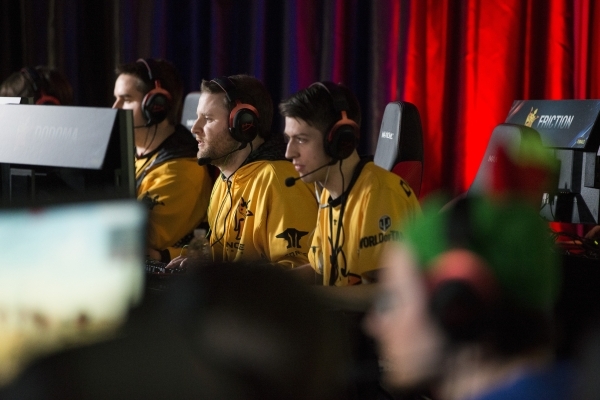 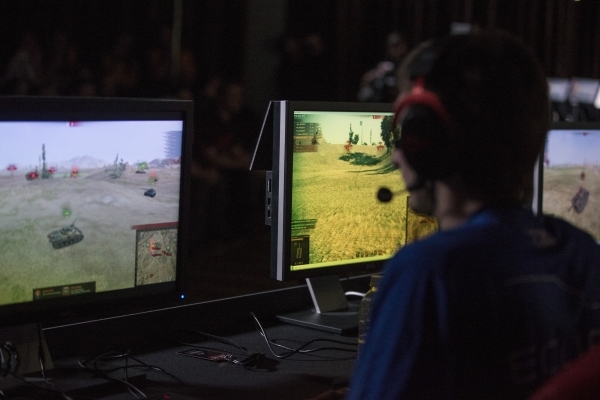 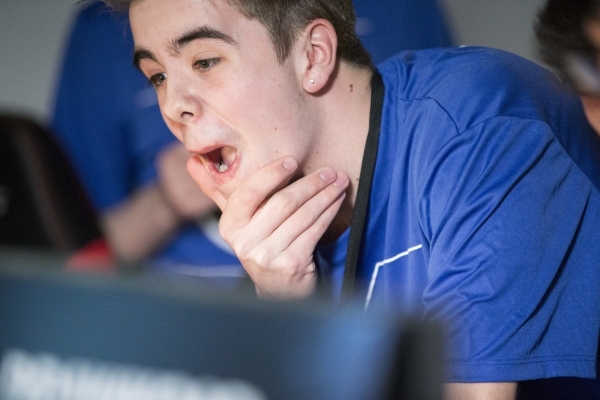 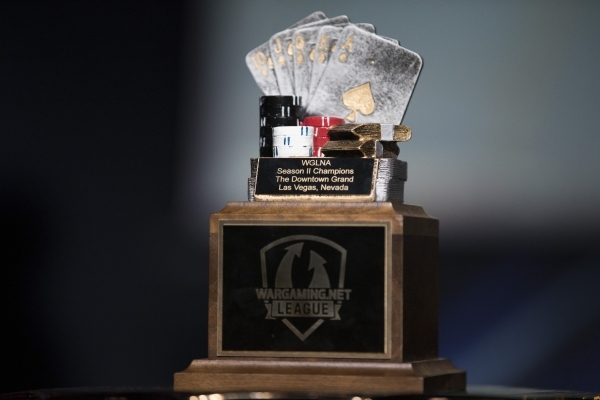 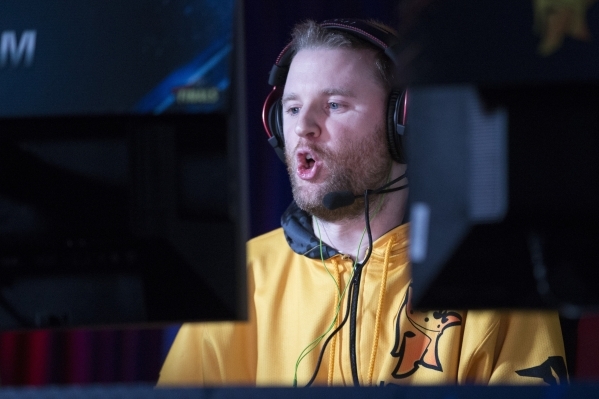 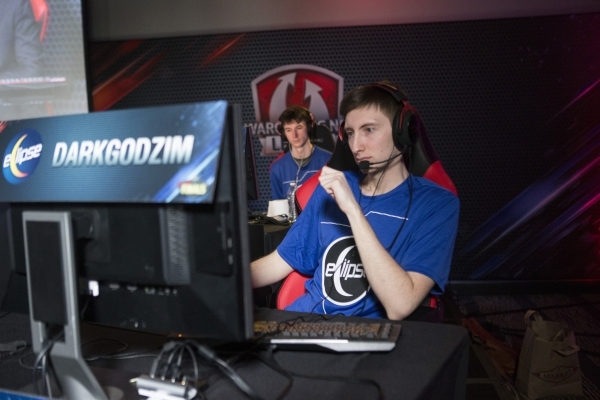 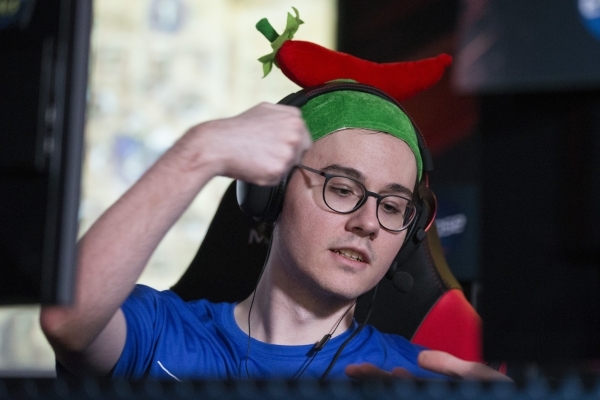 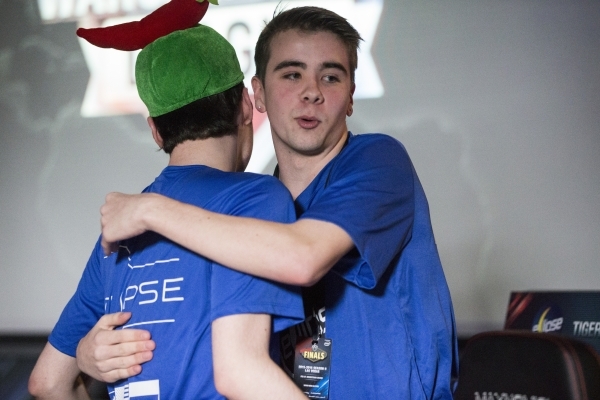 Past the glittering slots of the Downtown Grand’s main casino floor Saturday, a crowd gathered in a small events room to watch and cheer as pairs of teams faced off in a fast-paced, high-energy fight to victory during the North American video game finals tournament.

Just like at a football game, Wargaming League North America Finals tournament commentators screamed in excitement as teams pushed and pulled in each match. The winning team would secure a spot in the worldwide finals in Poland, where eSports events similar to Saturday’s competition pack stadiums, instead of tiny ballrooms.

The eSports term encompasses professional video game competitions that are exploding in popularity worldwide and include games such first-person shooters and high-level team strategy games. The Downtown Grand has been actively cultivating an eSports focus, offering regular events and competitions.

On Saturday, one of the teams included a handful of players not yet out of high school.

That younger team, eClipse, proved the “Cinderella story” of the night, according to Jamie King, spokeswoman for World of Tanks, the game competitors were playing at the tournament.

“They just kind of came up out of nowhere and did really well,” King said of the young team. She noted most of the team’s players were 16 or 17 years old, while most professional teams are made up of players in their mid-20s.

During the tournament’s first round, the young team faced last season’s defending champions, Noble, one of the most experienced in the league, said Oscar Miranda, the man who manages the country’s competitive World of Tanks scene as the head of eSports at Wargaming America. For instance, Noble has nearly 16,000 followers on Twitter; eClipse has fewer than 200.

“These guys have the professional sponsors, branding, hoodies,” Miranda said of Noble. As for eClipse, “these guys just got some stickers on their shirts,” he said.

As that first round played out, the crowd was joined by thousands online who were streaming the tournament from all over the world. But the view for both local and virtual fans was similar, because even on stage and in the spotlight, the players’ faces were shielded by their computer screens.

“What in the world is happening?” one commentator yelled as the match with Noble came close to ending, and the young team was positioned to win. “eClipse is on a rampage!”

At one point, the team arranged their tanks in a single-file line, essentially pushing the first player’s tank up a mountain and into a good vantage point. And the crowd went wild.

“Whoa,” one player from another older team, SIMP, whispered to a teammate in the audience.

SIMP ended up playing the young team in the final round of the tournament, and eClipse topped them too, coming out of the night $75,000 richer.

One player, John Caljouw, said he was “ecstatic” after the win: “It almost writes itself. It’s poetic. Our minds are already on Poland.”

Cameras swarmed the players before they accepted their trophy.

“It was unreal,” one commentator said of eClipse’s night. “I’m still recovering.”