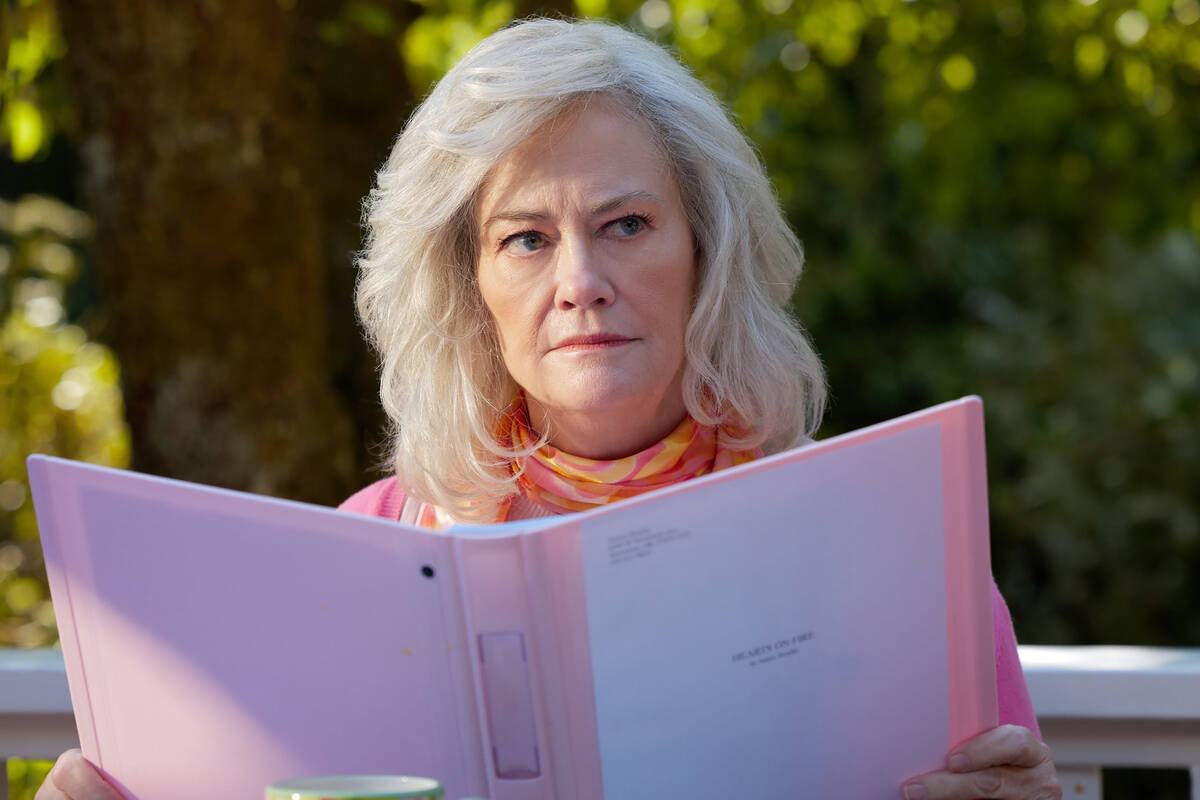 Cybill Shepherd stars in How to Murder Your Husband (Lifetime) 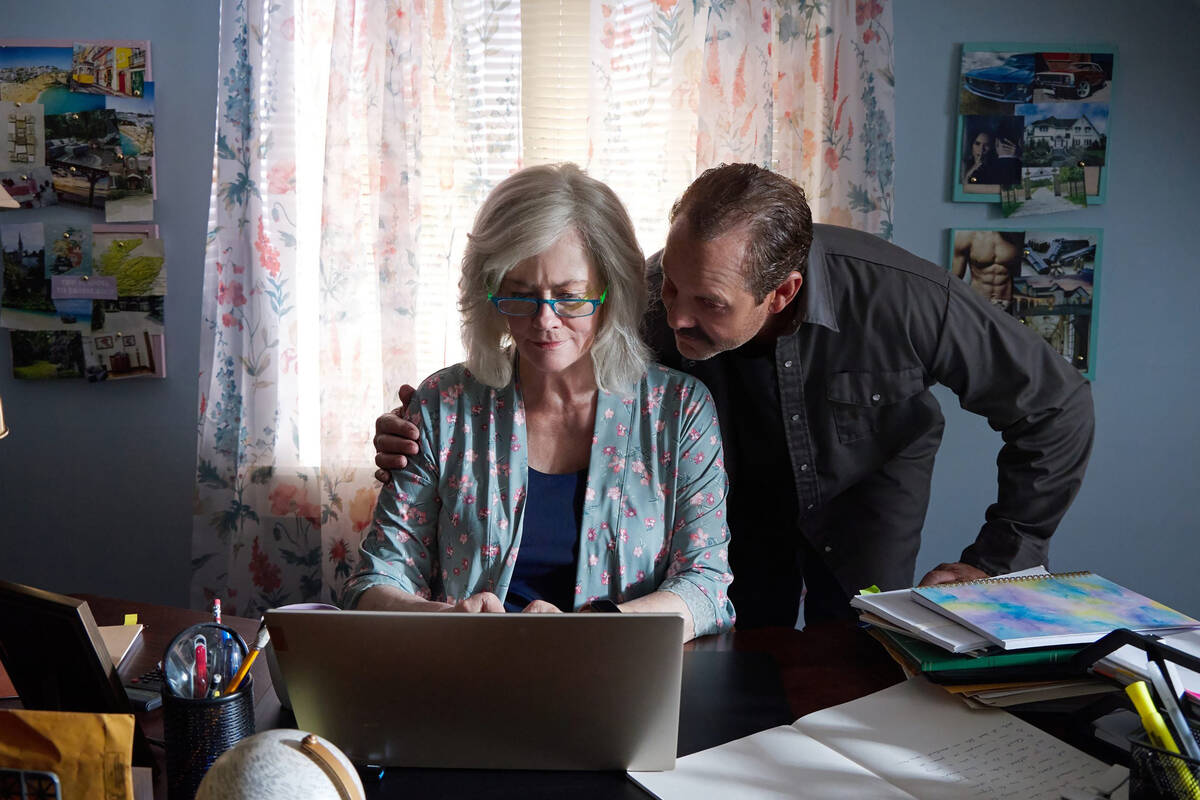 Cybill Shepherd and Steve Guttenberg star in How to Murder Your Husband. (Lifetime)

Cybill Shepherd is having a good cry. “Grandma is a crybaby these days,” says the actress, who at age 72 doesn’t hide her emotions.

“Vulnerability can be your superpower,” Shepherd says. “The truth is women can be sensitive creatures unless we get mad … and then watch out.”

The last sentiment could apply to her new TV project, which is part of Lifetime’s block of notorious women movies airing this winter. Shepherd stars in “How to Murder Your Husband: The Nancy Brophy Story,” debuting this weekend, as a romance thriller novelist who is known for writing about murder. Fiction became fact in 2022 when the author was shockingly convicted of killing her husband.

A native of Memphis, Tennessee, Shepherd found an early breakthrough as Jacy Farrow in Peter Bogdanovich’s coming-of-age classic “The Last Picture Show.” She went on to star in “The Heartbreak Kid,” “Taxi Driver,” “The Yellow Rose” and then on TV opposite Bruce Willis in “Moonlighting.”

Long blond hair flowing over a black sweater, Shepherd sat down for a Zoom call on a weekday morning and mulled over her good life tips. A few of her favorites:

Shepherd says that acting teacher Stella Adler once told her, “Cybill, play what you haven’t lived. It will help you with your life.” To that end, she adds, “I had never played a murderer before that I recall.” Shepherd was eager to work with Lifetime again after doing “The Client List” in 2010 and again in 2012-2013. “How to Murder Your Husband,” which co-stars Steve Guttenberg, was a bit different. “I was fascinated by this story and then when I heard that Steve would be doing it, I couldn’t think of a nicer person to have to murder on TV,” she joked. “He’s such a lovely, wonderful guy, which made this role so much riskier and difficult to play because I have to murder this guy I love so much.”

Shepherd says one part of her new project really hit home. “I need reasons to do a project. In this movie, my character’s father was an alcoholic. My own father was also an alcoholic,” she explains. “I could relate.” Shepherd bursts into tears again: “I knew that world. I had experienced it. I do want to say that my father was always a wonderful man. He was a great dad to me. I don’t really want to complain.”

Look back with humor

Reflecting on her long and celebrated career, Shepherd says jokingly, “In many ways, I started at the top and have been working my way down ever since.”

“Life is about having some chutzpah,” she says. She tells a story about her first reading of “Taxi Driver.” “I had no lines in the script,” Shepherd says. “I threw the script across the hotel room and tried to hit the garbage can. My agent told me the director called for a Cybill Shepherd type. And I said, ‘How about the real thing?’ ”

Shepherd is at an age where she says yes to life. “Years ago, one of my mentors, Orson Welles, told me, “A career is made not by what you do but by what you don’t do,’ ” she recalls. “But so much about these past few years has been about saying yes to things in life, and it’s really paid off. … Try saying yes to things in life, because it opens up whole new worlds. Get out there. Take chances. No just means you’re sitting at home and knitting. I don’t knit.”

She prefers to smile at the years. “One of my favorite sayings is to flaunt what you’ve got left,” she says. “I approach each age thinking this is the best time for me as a woman. I believe that if you love yourself as you age, it’s easier to accept some of the changes. … I also think at middle age we really learn to enjoy life because you know yourself. I don’t think anyone has it all figured out until they’re at least in their 40s. Being older means you can truly avoid making the same old mistakes, plus you realize now that it’s not about you, but what you can give back. Life now becomes more of a spiritual journey.”

Shepherd says that at the end of the day she leaves her wig in her dressing room, changes clothes and “only then does the character leave me.” She adds that work belongs at work. “I put it all aside at the end of the day, go home and I’m just glad to be there,” she says. Her favorite ways to decompress? “Reading is one way. Books have always comforted and informed me while also helping me to define myself,” she says. “Singing is also a great way to get rid of your stress of the day.”

Have a good cry

She admits that it doesn’t take much to turn on the waterworks these days. “I’m such a crybaby at this age. I cry at everything now,” she says. “I think it’s such a great release. Why not cry? It’s just another way to get out your stress.”

5
Savvy Senior: What are IRS tax filing requirements for retirees?