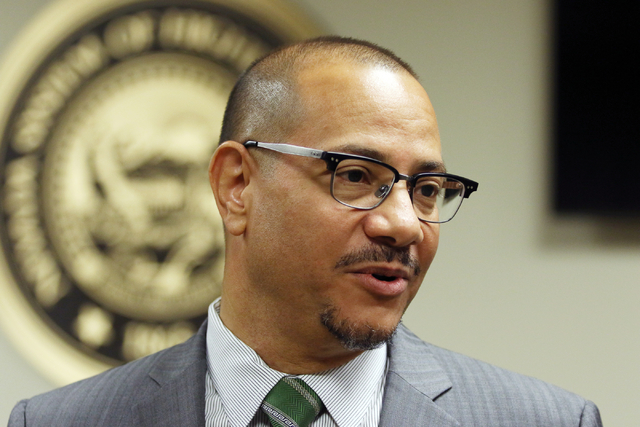 Nevada’s higher education board convenes near Lake Tahoe on Thursday for a high-stakes special meeting to consider changing how the state’s colleges are governed.

The two-day gathering, which won’t be live streamed for those who can’t attend in person, comes as lawmakers draft their own proposals to overhaul the Nevada System of Higher Education and its overseeing Board of Regents. The 13-member panel is scheduled to have open-ended discussions about the role of the system’s chancellor and how the board itself governs schools, though it is unclear what decisions, if any, the group will make.

“We need a thorough and robust conversation among regents and presidents from each of the colleges and universities about what they would like to see,” Chairman Rick Trachok said.

Higher education governance is poised to be a key priority during next year’s legislative session, and policymakers are assembling sweeping initiatives aimed to improve colleges and universities. Lawmakers and community leaders — many frustrated with the NSHE’s power structure — have spent months crafting plans to reform the system. This week’s meeting has been met with a mix of skepticism and praise from legislators working on those proposals.

“Though I appreciate Chancellor (John Valery) White and the Board of Regents’ willingness to have a serious conversation about the structure of Nevada’s higher education system, I still believe legislative action will be required to have the true reform that will benefit our students, the colleges, and our state,” Republican Assemblyman Stephen Silberkraus said in a statement Wednesday. “(I) will continue to pursue that path.”

Two Democratic lawmakers also expressed concern that the event, which is being held at a University of Nevada, Reno lakeside campground, won’t be televised for Southern Nevadans.

“We do need to find a way for the public — especially in Southern Nevada — to be able to observe and respond during meetings being held by public entities,” Sen. Joyce Woodhouse said. “They are a public elected body, and the general public does need to have the opportunity to listen and be able to give input as well.”

Assemblyman Elliot Anderson echoed Woodhouse’s sentiments, though he expressed optimism that the board is considering change.

“Quite frankly, we haven’t had these discussions enough,” Anderson said. “I’m hoping for the same tone that Chairman Trachok has expressed to me, which is that he wants to work with the Legislature. We certainly would hope that the Board of Regents express that same willingness.”