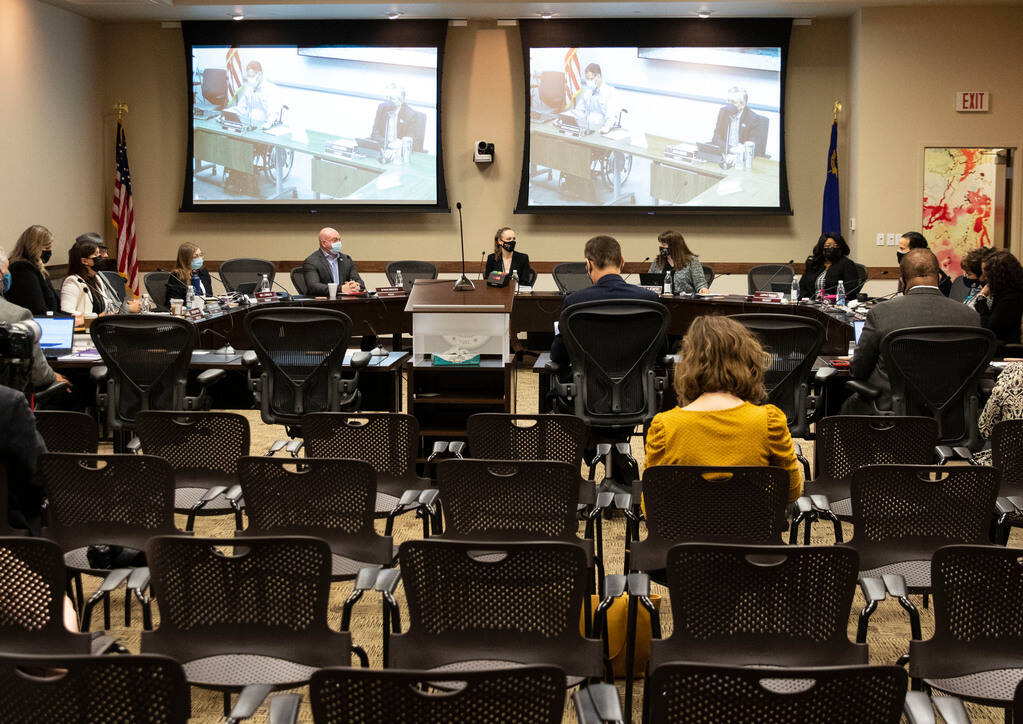 The Nevada Board of Regents voted Friday to adopt a new definition for antisemitism to use in anti-bias and anti-discrimination training at all of its higher education institutions.

As part of an update to its policies that will require Nevada’s colleges and universities to establish diversity training every two years, the board also adopted a new definition for antisemitism that is used by the International Holocaust Remembrance Alliance, an organization that works to educate communities about the Holocaust.

The alliance’s definition for antisemitism differs from other definitions in specifying that, “while not all criticism of Israel is antisemitic, criticism can cross the line into antisemitism when delegitimizing, demonizing, or applying double standards to Israel,” according to a news release from the Israeli-American Council, a nonprofit that advocates for Israeli-Americans.

Contemporary examples of antisemitism can include calling for or justifying the killing or harming of Jews, but it also can include making sweeping allegations about Jews controlling the media, economy or government, according to the alliance.

The Nevada System of Higher Education noted that the definition of antisemitism shall not be construed to diminish or infringe upon First Amendment rights to free speech.

“Antisemitism is at crisis levels nationally, and the Board of Regents wanted to be proactive here and get in front of the problem,” Regent Byron Brooks said in a statement. “By adopting the IHRA definition of antisemitism we are making a statement that the Nevada System of Higher Education is committed to equal protections for all our students.”

At Friday’s meeting, community advocates and local rabbis spoke in support of adopting the new definition amid a rise in antisemitic rhetoric and incidents. The rapper Ye, formerly known as Kanye West, has made headlines over the last several weeks for a slew of antisemitic comments.

“The adoption of the IHRA definition of antisemitism by the Nevada System of Higher Education advances equal protection for Jewish students and sets a standard that we hope other states will soon follow,” said Naty Saidoff, national board chair for the Israeli-American Council. “It is a necessary step in fulfilling Nevada’s commitment to creating an environment of safety and inclusion for Jewish students on college campuses across the state.”

Under the new policy, each of the Nevada system’s higher education institutions, in addition to the Board of Regents, must establish anti-bias and anti-discrimination education and training programs and issue a report describing the status of implementation of the training by the end of 2023. Another report on how the training has affected each institution must be completed no later than Dec. 31, 2024.

The Nevada System of Higher Education oversees eight schools that represent approximately 100,000 students across the state, including UNLV, the University of Nevada, Reno, the College of Southern Nevada and the Desert Research Institute.