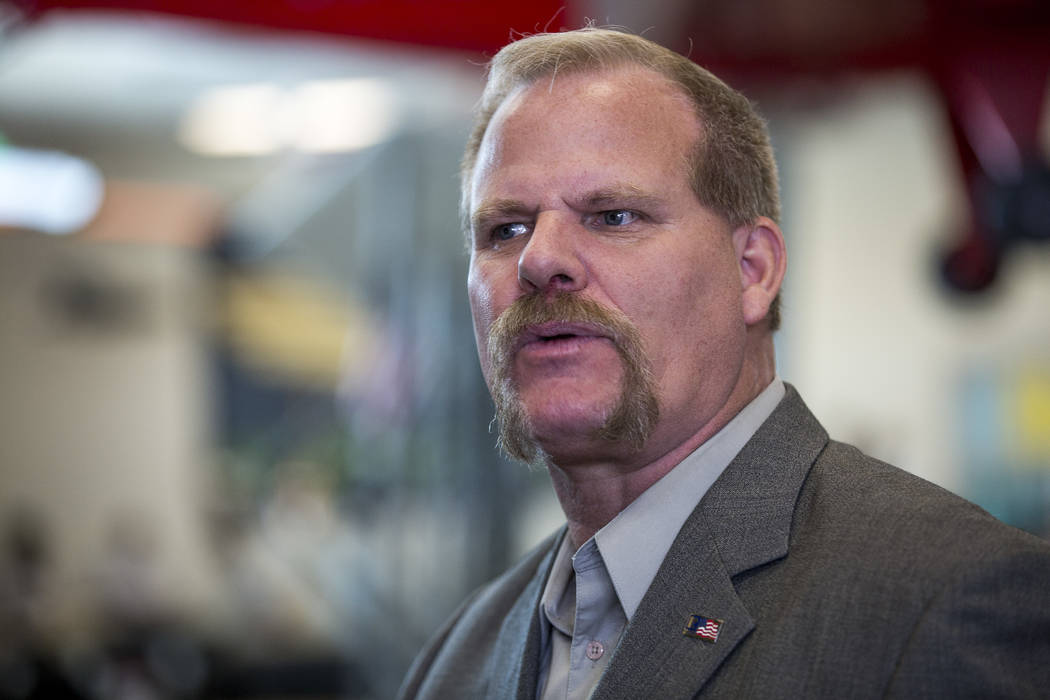 Those calling for such an examination include school board candidate David Gardner and the Clark County Education Association.

“It’s time for us to look at the books and for the CCSD to have some accountability so that we know actually what is happening in our district with our budget,” Vikki Courtney, the teacher’s union president, said in a video statement to members this week.

Gardner, a former state assemblyman who sponsored the school district reorganization bill in 2015, said he thinks the district should conduct routine forensic audits as a matter of good financial housekeeping.

“When you throw a ton of extra money in the district and they still have budget issues we need to make sure the information we’re working with is valid and that we’re using the money in the wisest way possible,” said Gardner, who announced in August he was running for the District F board seat.

Child aired the idea of a forensic audit in February, using a term for a financial investigation conducted when fraud is suspected. He later explained he didn’t have any suspicious of wrongdoing, but that he was using it mean an in-depth audit.

Courtney and Gardner also used the term in their comments this week.

The district’s chief financial officer, Jason Goudie, said he doesn’t understand why the term is being used.

“Typically a forensic audit is related to fraudulent or criminal activity,” he said. “… I’m unsure as to what exactly people are calling for when they use the term forensic audit.”

Experts interviewed by the Review-Journal when Child made the proposal gave varying estimates of how much such an audit would cost, but said it could reach $500,000 or more.

The increasing calls for an examination of the district’s books follow Superintendent Pat Skorkowsky’s announcement of a hiring freeze this week. He also said the district could eventually have to cut between $70 million and $80 million from the budget to plug a deficit that is currently estimated at $50 million to $60 million.

The Clark County School Board has already given Skorkowsky permission to initiate layoffs — or a reduction in force — as necessary. It is unclear how many positions could be cut, but the memo announcing the hiring freeze, signed by Skorkowsky and Goudie, said that layoffs are expected in October and will likely impact “almost every department and school.”

Already, senior school district officials have been told to trim $11.8 million from central services and individual schools will have to reduce strategic budgets by $17.4 million in the initial round of cutting.

The size of the budget deficit has been growing since July, when the district first announced a $34.5 million shortfall.

When the numbers keep changing, it’s hard to build trust in the system, Gardner said, another reason why a forensic audit would be helpful.

“Some of it is just trust. A lot of people on the outside have seen the Clark County School District as a black hole where they put lots of money in and we’re not getting a lot out of it,” he said.

But Goudie countered that the district’s budgeting process is very complex.

“I think that part of the trust issue is also not understanding the complexity of the process involved in developing these numbers,” he said. “I think that it’s also specific agenda driven by outside forces that are utilizing a budget deficit conversation as fuel.”

District spokeswoman Kirsten Searer said the district is being very transparent with the budget issues and wants to engage as many people as possible in the process.

“We’ve also been very heartened by the number of community leaders who’ve reached out to us and asked how they can help,” she said. “We’re going to be transparent about our budget and the problems we face.”