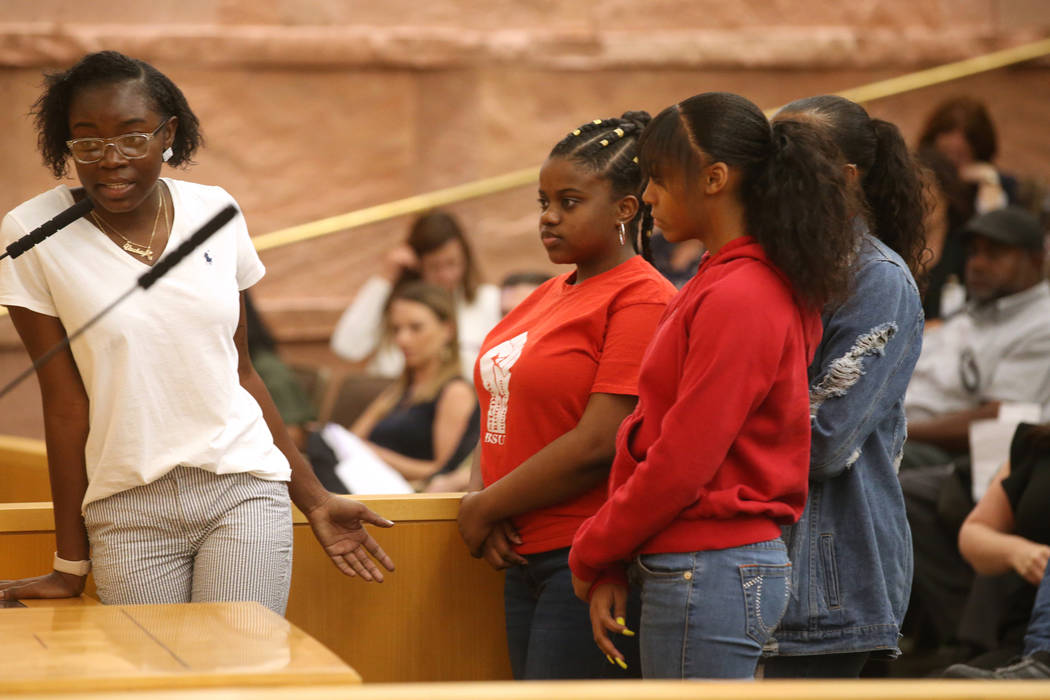 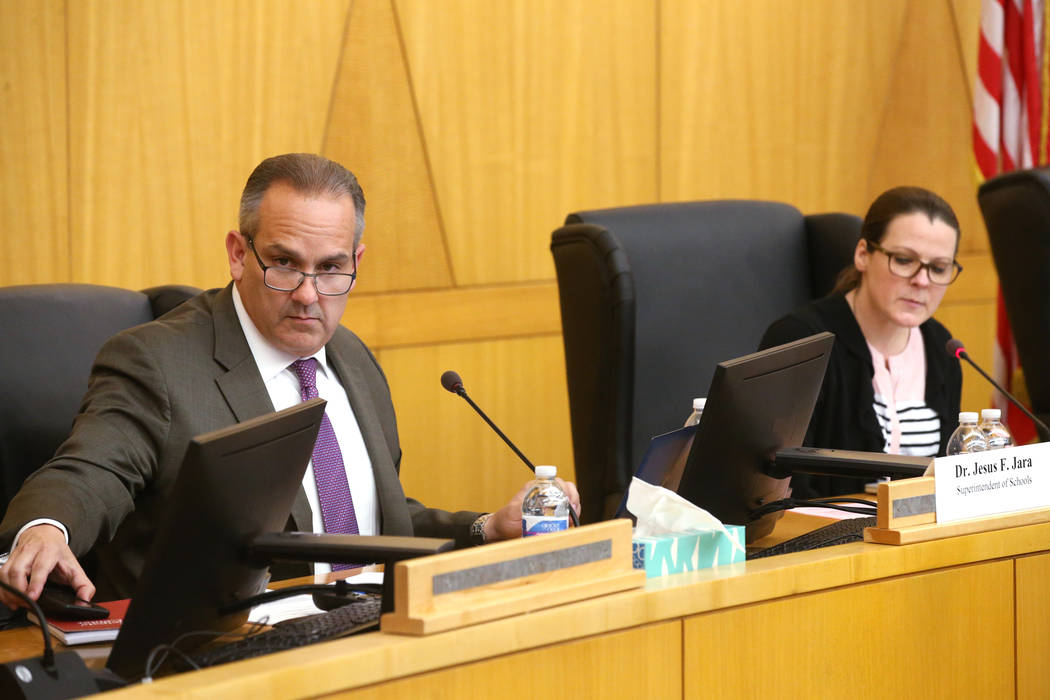 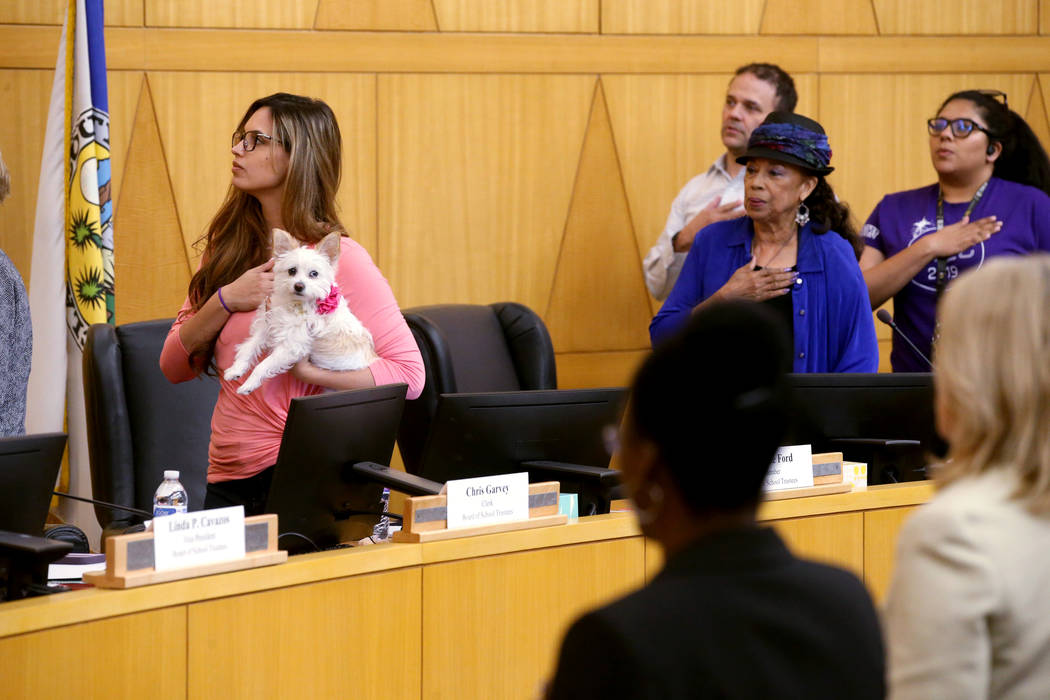 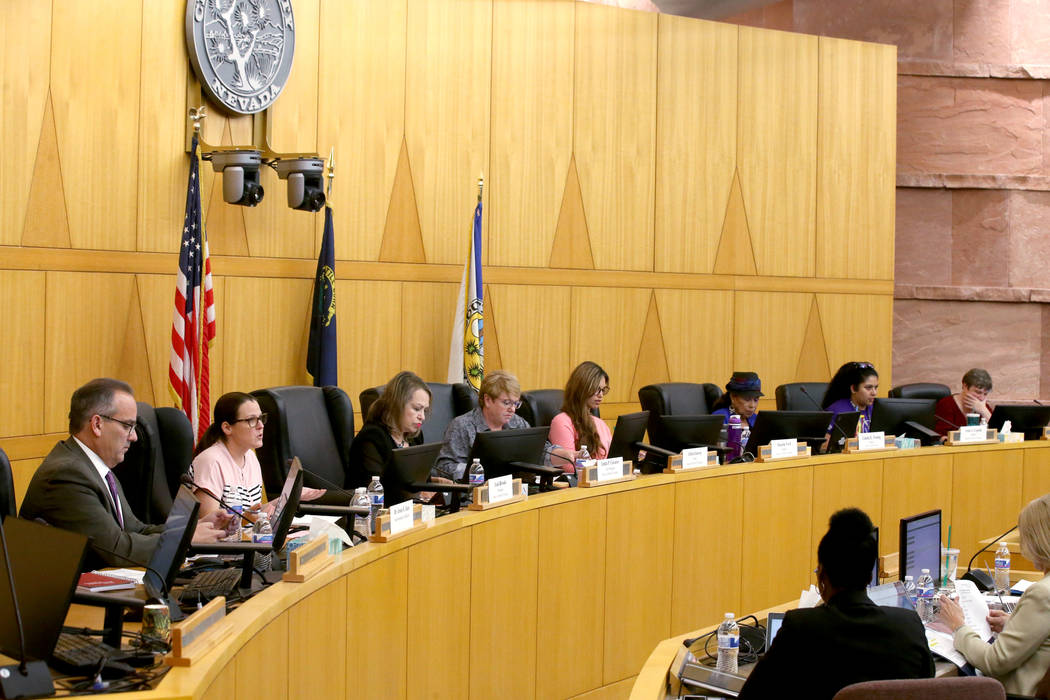 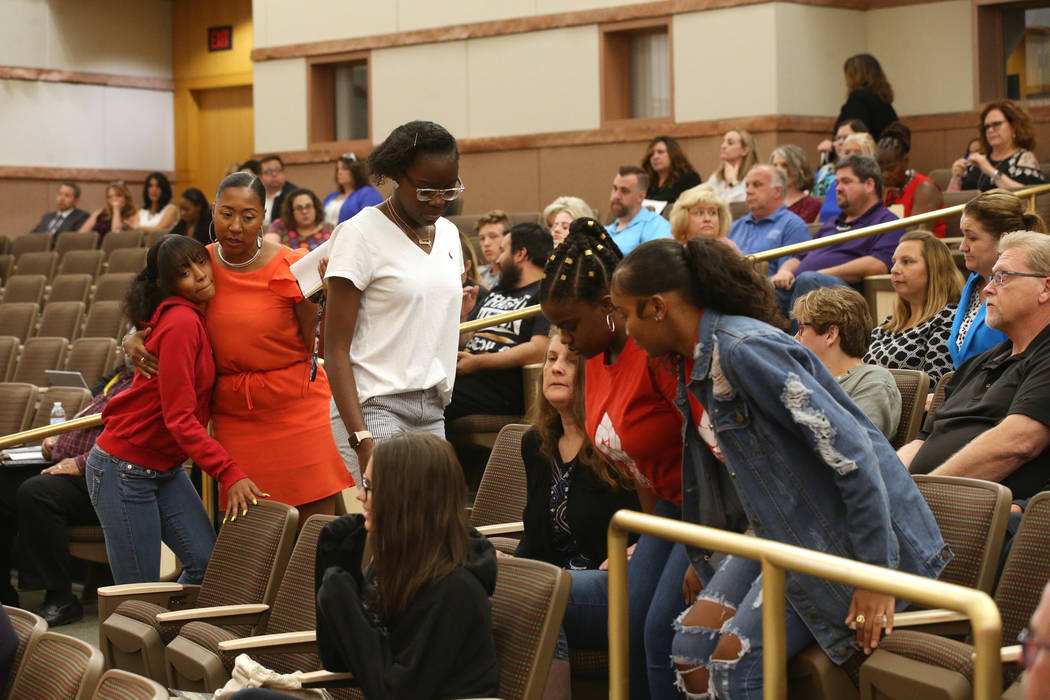 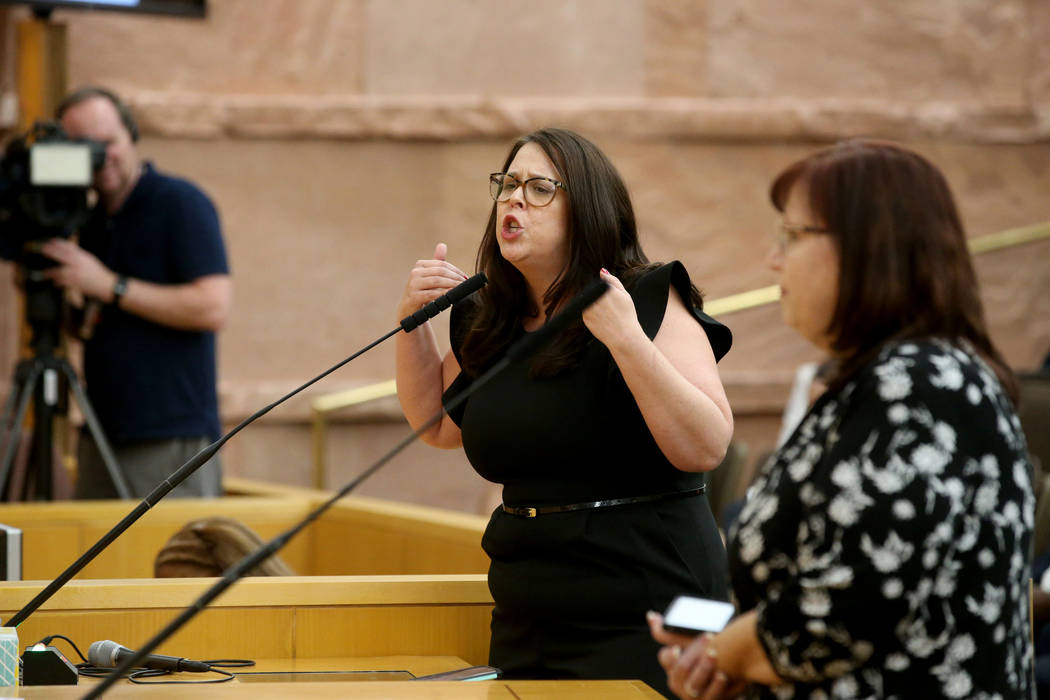 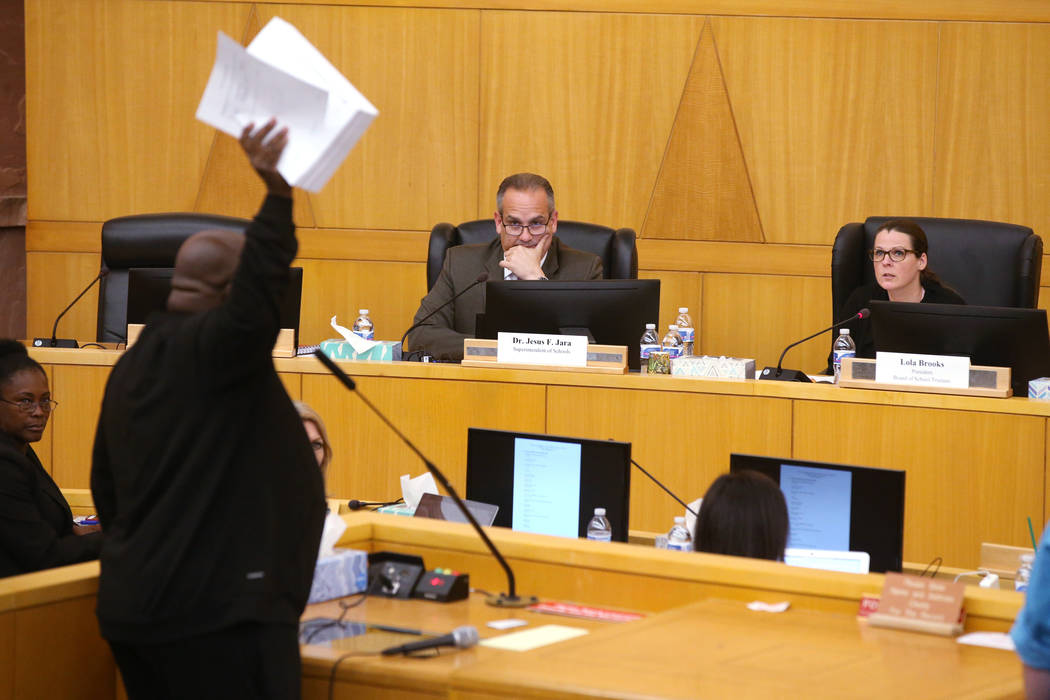 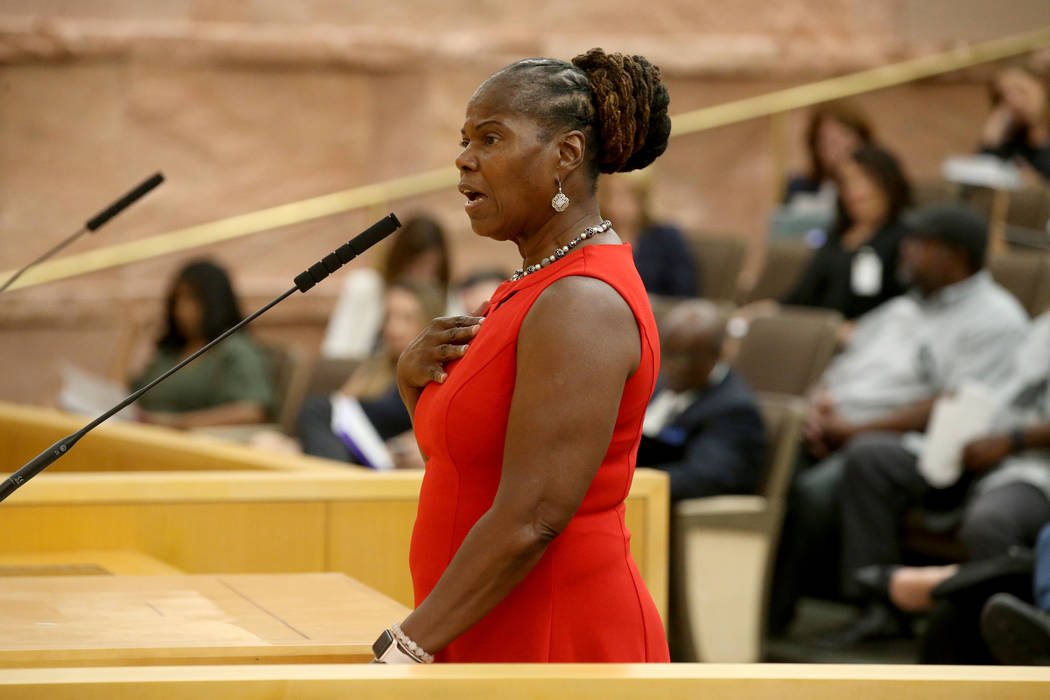 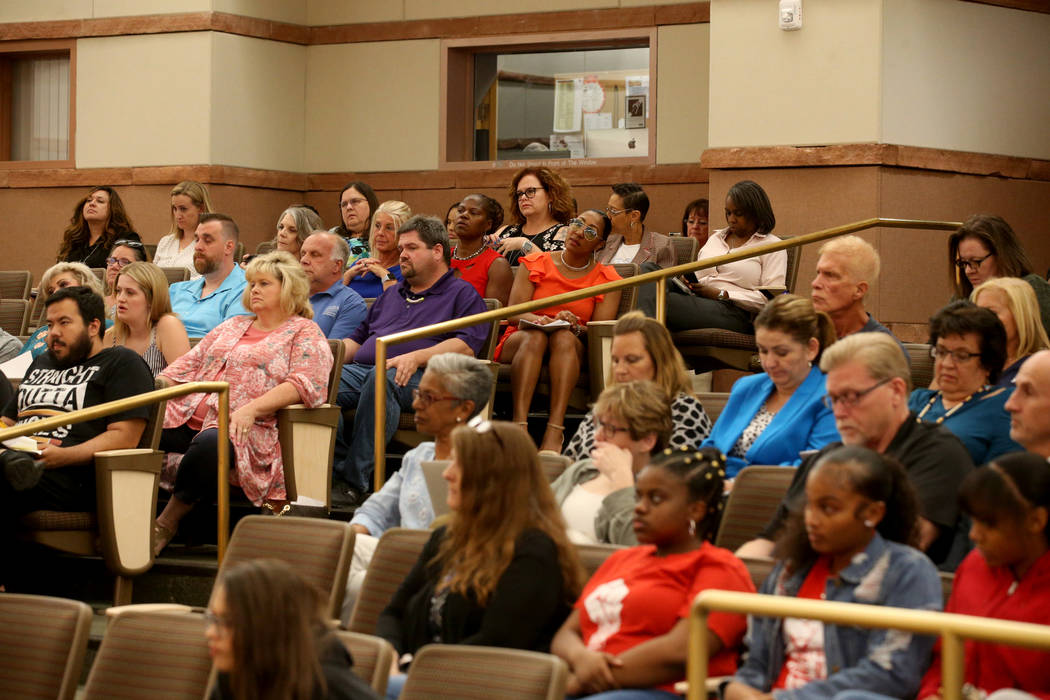 Clark County School District Superintendent Jesus Jara denied rumors on Thursday that he had his attorneys threaten School Board trustees with a lawsuit if they decided to overturn his decision to eliminate deans in an effort to close a $17 million deficit.

He also maintained his commitment to Clark County, acknowledging that he had been contacted about the opening of a superintendent position in Hillsborough County, Florida. While that county is a great place, he said, it isn’t Clark County.

“My commitment to you and to this community is that I will be your superintendent,” he said. “I am looking forward to working and holding a great school year and beyond.”

Trustees Lola Brooks and Danielle Ford clarified that they had not been threatened. Trustee Linda Cavazos has also said that she was in no way threatened.

While the administrators union has filed a lawsuit to stop the elimination of 170 dean positions, the district is moving forward with alternatives to school safety.

That includes the addition of four K-9 officers to detect firearms on campus. It also includes increasing the number of police officers at high schools from one to two.

Jara also announced the creation of two new positions that would help schools with the loss of their deans.

But some details of these solutions are still unclear. Officials on Thursday told the board about new training in social-emotional learning for staff, but had few details on the matter.

The district also still awaits the total amount of safety funding from the state that could help boost school safety.

The district also plans to cut roughly $7.4 million from the central office to help offset its deficit for next year, which is also projected at roughly $17 million.

While some members of the public expressed support for Jara during a time of tough decisions, students and staff still came before the board to save the deans.

Vashay Young, who attended Shadow Ridge High School, said she felt out of place at a school that was not very diverse. She started the Black Student Union and got mentoring from her dean, whom she said made her feel comfortable.

“I stand up here with pride because I want to save her and her job, because her job isn’t just a regular dean that handles discipline,” she said. “She took all kind of measures to make sure that I felt comfortable in a place that I have to go five days a week for seven hours.”

Trustees, meanwhile, acknowledged that they needed to do a better job communicating with the public moving forward.

“I completely understand the community is disappointed in the way this was rolled out, and I heartily agree,” said President Lola Brooks. “We have to do better. I expect us to do better, but I’m not going to belabor the point because I think you get it.”