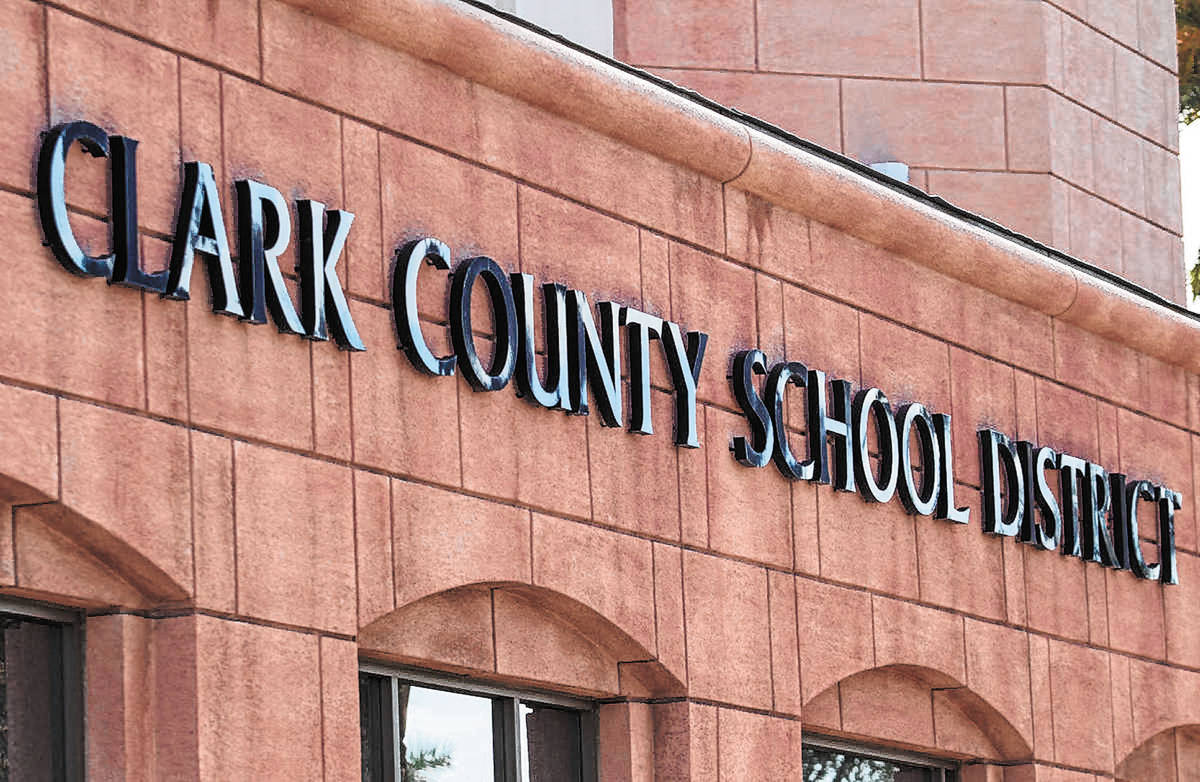 The Clark County School District is not considering a plan to reopen schools in the next month, Superintendent Jesus Jara said at a school board meeting Thursday night, addressing recent rumors that students would return to classrooms as early as October.

School board members heard an update on the district’s first month of distance learning on Thursday night as previously requested, but the presentation was not an action item and did not require a vote from the board.

“The board is not moving and there is no recommendation to reopen schools in October,” Jara said.

The presentation to the school board included an update from Southern Nevada Health District Acting Health Officer Fermin Leguen, who said he expects Clark County’s COVID-19 data to continue to trend downward, barring potential spikes related to bars reopening or other unforeseen events.

But Leguen also said that per Centers for Disease Control recommendations, COVID-19 data in Clark County indicates a higher risk for reopening schools. While there are a number of factors to consider, Leguen said the rate of new cases over the last 14 days is one of the most important data points at hand.

Once the risk reaches moderate levels — Leguen said the gold standard is five cases per 100,000 people — the school district could discuss reopening.

Leguen added that in the week of Sept. 13-17, 85 children between the ages of 5 to 17 in Clark County had COVID-19. Rural counties, he added, had a lower positivity rate compared with Clark County.

“That gives you an idea of what could happen if you decide to open the schools today,” Leguen said. “We have to expect a number similar to this.”

In the event of a COVID-19 case being reported at an open school, Leguen said the health district would not necessarily recommend the school shut down, though that recommendation may change if multiple cases are reported.

Asked by Trustee Danielle Ford how long society may be dealing with COVID-19, Leguen said that a highly effective vaccine is critically important but that health officials such as Anthony Fauci have noted people may have to wear masks and distance socially even after a vaccine is made available.

The official recommendation from the health district is for the school district to continue monitoring positive cases in the community, according to a memo included in the board materials.

The rest of the presentation to the board included an overview of distance learning to date, including by-the-numbers reports of student enrollment and attendance.

The district is 9,375 students short of its projected enrollment, with the biggest drops in the District A area covering Henderson and the District E area covering Summerlin, though all areas except North Las Vegas reported drops of over 1,000 students.

The presentation also noted that meal distribution has spiked since the district received a waiver allowing it to offer free meals to all students: During the week of Sept. 14, the district gave out nearly 70,000 meals, compared with just under 40,000 the week prior.

District staff noted that there have been issues with the online learning platform Canvas, as well as with the assessment program MAP Growth, but that fixes have been implemented.