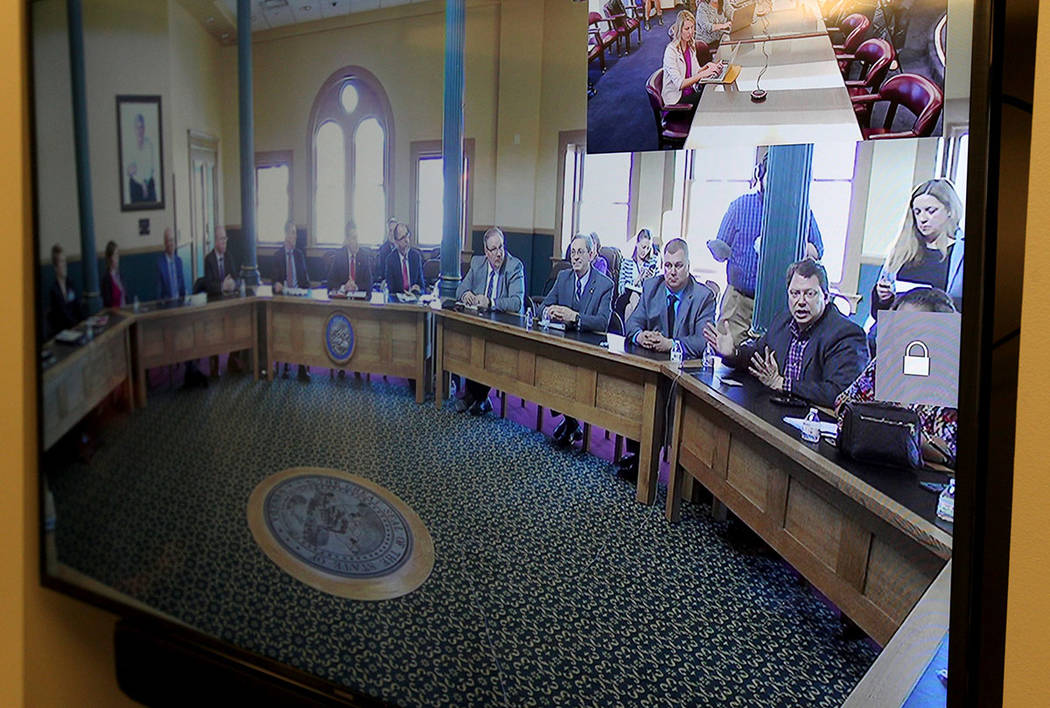 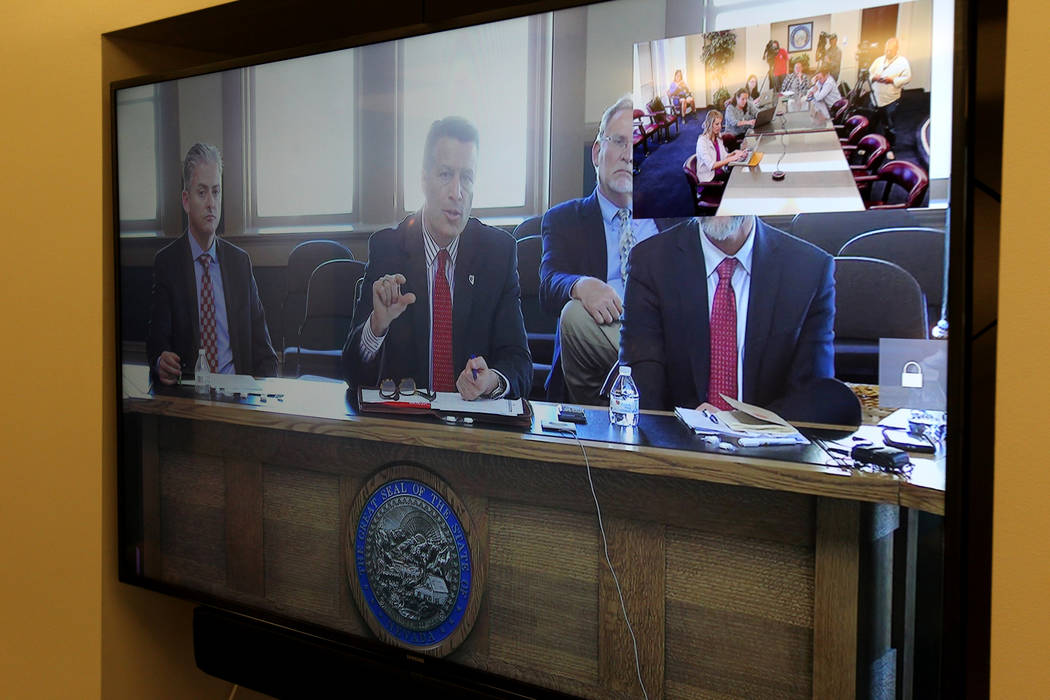 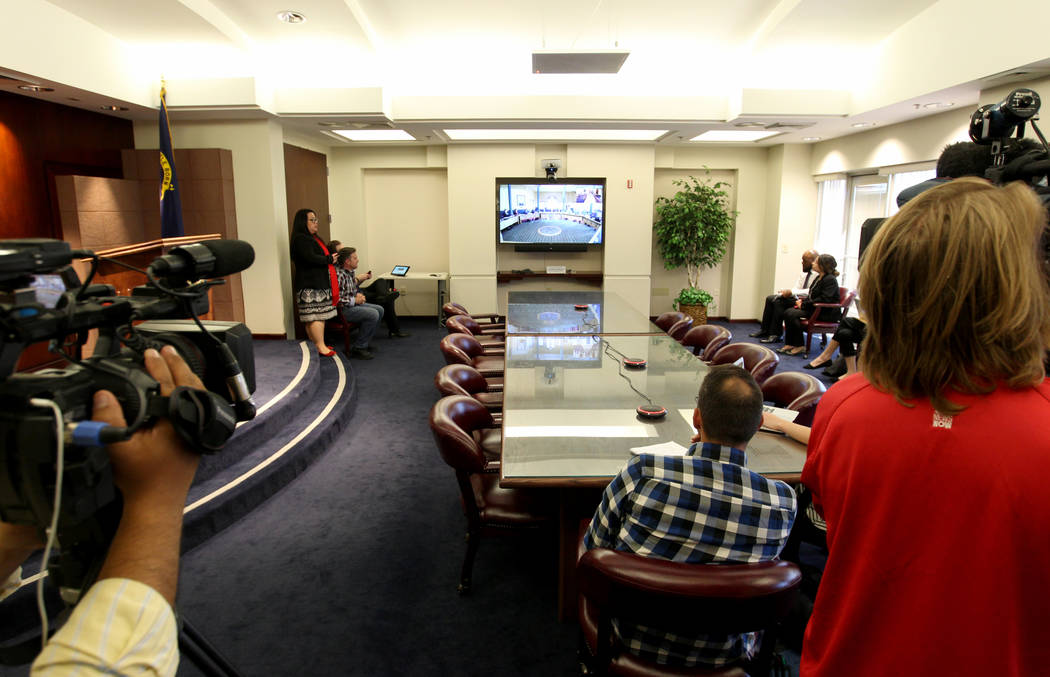 Clark County school officials are working on a policy that would spell out when teachers and other staffers can carry firearms on campus as allowed by a Nevada law passed decades ago but never implemented by the district.

Principals are already empowered to give written permission to people who want to carry a weapon under a little-used 1989 Nevada law.

Discussions of whether more staffers should be armed have increased in the wake of the Feb. 14 school shooting in Parkland, Florida. The shooting, which left 17 dead, sparked a nationwide discussion on whether teachers should be trained to carry guns in school.

A previous version of a Clark County policy, which mainly focused on student discipline, briefly referenced the law, but didn’t lay out protocols for principals to follow if a staff member requested to carry a gun on campus.

The previous regulation simply said weapons were not allowed on campus unless they were in the possession of a school peace officer, a school police officer or “a person having written permission from the principal of the school to carry or possess the weapon.”

No record of requests to carry

Even with the language stricken from the district regulation, nothing in place now prohibits principals from using the law if they want to. Clark County has no record of any staff members having written permission from a principal to carry a weapon on campus, according to a public records request from the Review-Journal.

Last week, Clark County spokeswoman Kirsten Searer said the district did not have an opinion one way or another on arming teachers. She confirmed Friday that the district is in the early process of drafting procedures for principals to follow if there are such requests.

“An administrative procedure is being developed at the request of principals,” she said in a statement. “As always, the safety of students and staff is the primary concern.”

Requests since the law was passed have been few and far between, Searer said, but media coverage of the shooting and the law prompted principals to seek guidance from the district.

Nearly 75 percent of teachers oppose the idea, according to a new poll released Friday by Gallup. Teachers said they believe it would make schools less safe and do not believe carrying guns would “effectively limit the number of victims in the event of a shooting.”

So far this year, there have been a few cases nationwide of teachers carrying guns who have either harmed or almost harmed students.

In late January, a high school teacher in Georgia barricaded himself in his classroom and fired at least one shot through a window. One student injured her ankle while running through the halls, according to reports. The school policy there does not allow guns on campus.

This past week, a California teacher in an advanced public safety class accidentally discharged a gun. Three students were injured by debris falling from the ceiling. Under California law, teachers are not allowed to carry guns on campus.

Unions aren’t on board

The head of the teachers union, the administrators union and the police officers union are not on board with the idea.

“I would not support arming teachers,” said Stephen Auspurger, head of the Clark County Association of School Administrators and Professional-Technical Employees. As far as he knows, no principals are using the law. “I would think those things would be far and few between,” he said.

But not all members are opposed.

Eldorado High School Principal Dave Wilson, who serves as the president-elect of the administrators union, said he would consider it if there were parameters in place.

“Would I arm all my teachers? No. If you’re ex-military, ex-police force and you have the training necessary to make good judgments and to be aware of not only the person you’re trying to stop but what’s behind that person, that’s absolutely positively something we need to explore,” he said.

Some of Nevada’s rural school districts are giving permission for staff to carry, according to Gov. Brian Sandoval.

Speaking at a school safety summit with superintendents this week, Sandoval said districts did not have a consensus whether teachers should be armed. Sandoval and the superintendents declined to say which districts take advantage of the law and how many staff members may be armed in those districts, citing safety concerns.

Although Humboldt County Superintendent Dave Jensen knows many people in his county are gun owners, he said he does not allow principals to grant permission to bring weapons to schools. The reason?

“Teachers have enough on their plates already,” he said.

Then there’s a liability concern. About $400,000 of his $40 million budget goes toward liability insurance already, he said.

“What would that go up to if we go in this direction?” he asked.

Jensen said he knows of one Nevada district that already allows teachers to be armed but declined to say which one, again citing safety concerns.