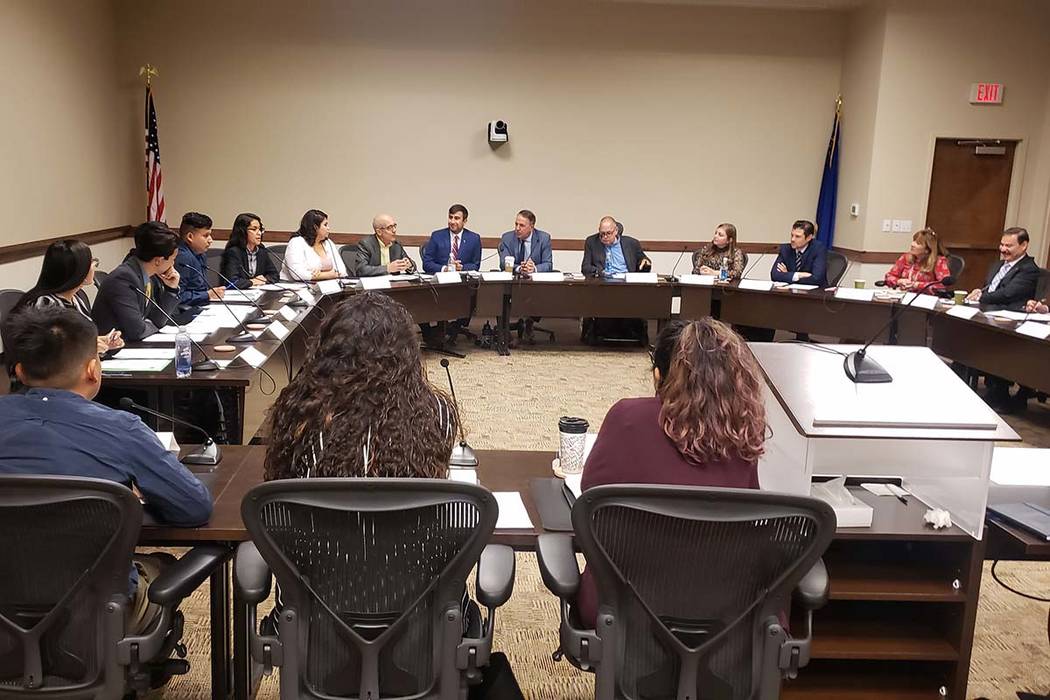 Undocumented students and advocates met with Nevada System of Higher Education administrators to discuss the roadblocks they face in trying to go to college, Tuesday, Nov. 5, 2019. (Aleksandra Appleton/Las Vegas Review-Journal) 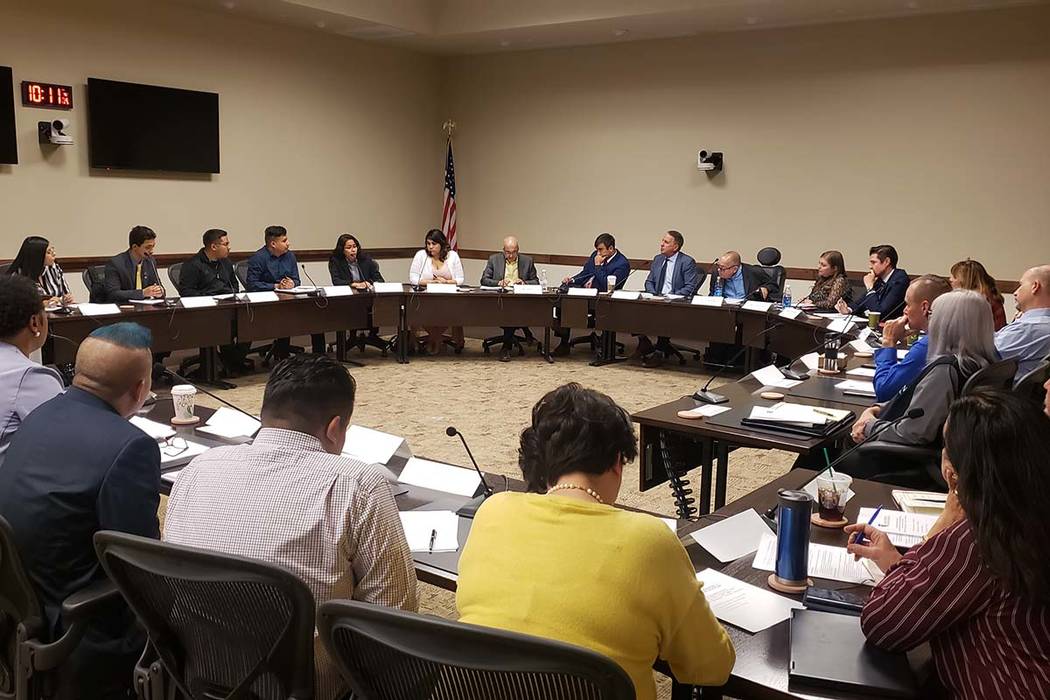 Undocumented students and advocates met with Nevada System of Higher Education administrators to discuss the roadblocks they face in trying to go to college, Tuesday, Nov. 5, 2019. (Aleksandra Appleton/Las Vegas Review-Journal)

Undocumented students and advocates met with Nevada System of Higher Education administrators Tuesday to discuss the roadblocks they face in trying to go to college, emphasizing the lack of K-12 and college-level counselors who understand immigration issues.

The result is students who are eligible for college getting shown the door — something Astrid Silva, director of Dream Big Nevada, said she experienced when trying to enroll in UNLV.

“The majority of people go to the front desk, and once they’re turned away at the front desk, they don’t come back,” Silva said during the session at the NSHE administrative offices on Maryland Parkway. “They’ll tell their parents ‘no me quiera’ — they didn’t want me.”

With a Supreme Court case pending that could do away with Deferred Action for Childhood Arrival (DACA) protections for good, Silva said building more support for undocumented students at NSHE is urgent.

“Come June, there may be a possibility that none of us have valid Social Security numbers,” said Silva, referring to the possible time frame for a decision in the case.

Students at the roundtable also shared the obstacles they face in seeking higher education, including the rude surprise for some that they were undocumented. Others said they didn’t know that their status meant they wouldn’t be eligible for federal financial aid.

DACA students are eligible for some kinds of in-state scholarships in Nevada, though students said that counselors and admissions officers sometimes didn’t provide them with that information.

Julien Calfayan, a College of Southern Nevada student, said that despite being valedictorian of his high school, captain of multiple sports teams and student body president, he was told he was ineligible for financial aid at 16 different universities.

Now a student senator at CSN, Calfian said he also is unable to get paid for his role in the student government because NSHE’s payroll system requires a Social Security number.

Student Iris Urbano-Vargas said she was unable to secure any financial aid due to her immigration status in spite of her high school counselor’s best efforts.

“Now kids ask me, ‘How did you do it?’ And I tell them I took the bus to the office and asked CSN how to go to school. They told me how much it would cost, so I took two jobs and paid out of pocket,” she said. “I tell them, it’s going to cost you, but you gotta go.”

Six years into her education, Urbano-Vargas said more scholarships are needed for part-time students, who often have to work through school to support not only themselves, but their families.

Exact numbers of undocumented students at NSHE or nationwide are not available due to privacy considerations, but using census data, the Migration Policy Institute estimated the figure at 241,000 DACA-eligible college students nationally in 2017.

Some 57,000 have already earned a four-year degree, while another 130,000 completed some college but were no longer enrolled, an MPI report found.

The DACA program has not accepted new applications since it was suspended in 2017, though students can apply to renew.

Chancellor Thom Reilly said the time was right to make systemwide policy changes to help undocumented students, given the support from the state Legislature and from within the NSHE system.

NSHE Regent Sam Lieberman, chair of the Board of Regents’ Cultural Diversity Committee, said a first step may be to hire a centralized coordinator who can follow changes to immigration law as it relates to students, and then provide accurate information to academic counselors and high school recruiters.