A logo of a smartphone app TikTok is seen on a user post on a smartphone screen. (AP Photo/Kiichiro Sato, File) 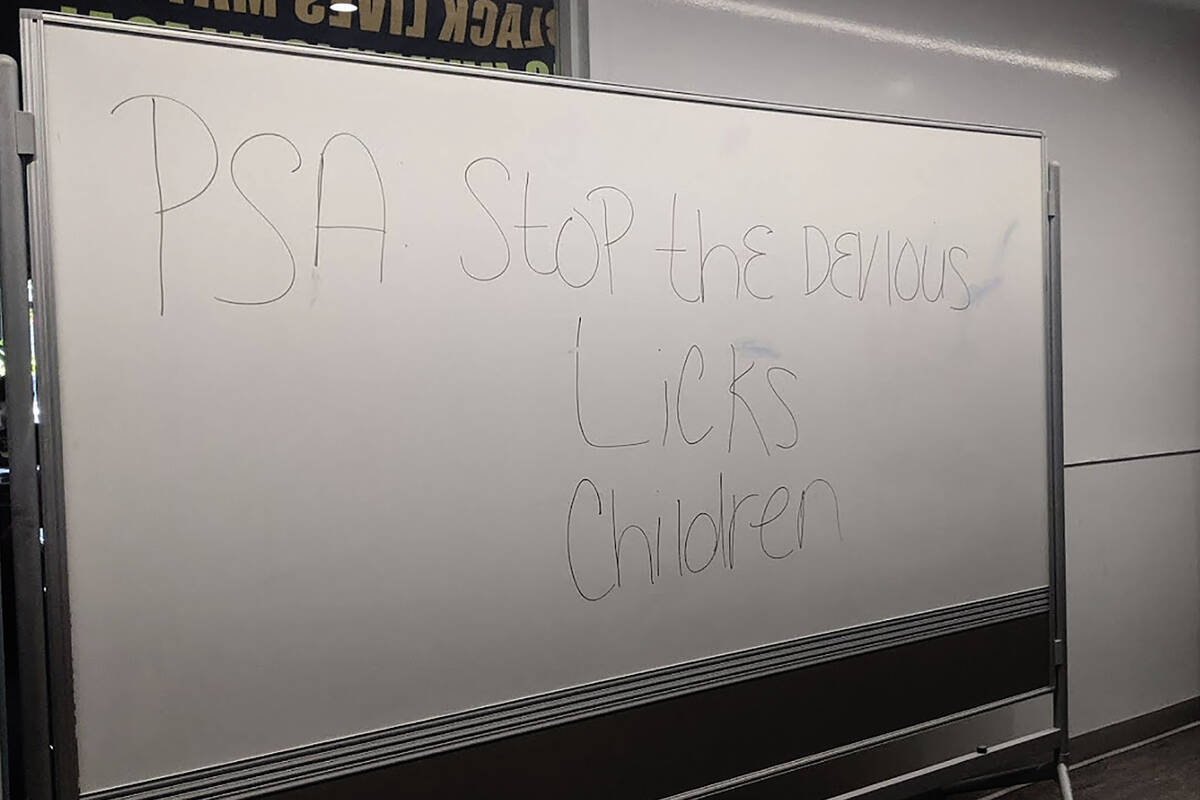 In this Sept. 16, 2021 photo courtesy of Cuyler Dunn shows a message on a white board at Lawrence High School in Lawernce, Kan., that says PSA Stop the Devious Licks Children. Students across the country are videoing themselves stealing soap dispensers, microscopes and even turf off stadium football fields and posting their heists on TikTok in a phenomenon dubbed "devious licks" that is bedeviling administrators and forcing them to shut down bathrooms. (Cuyler Dunn via AP) 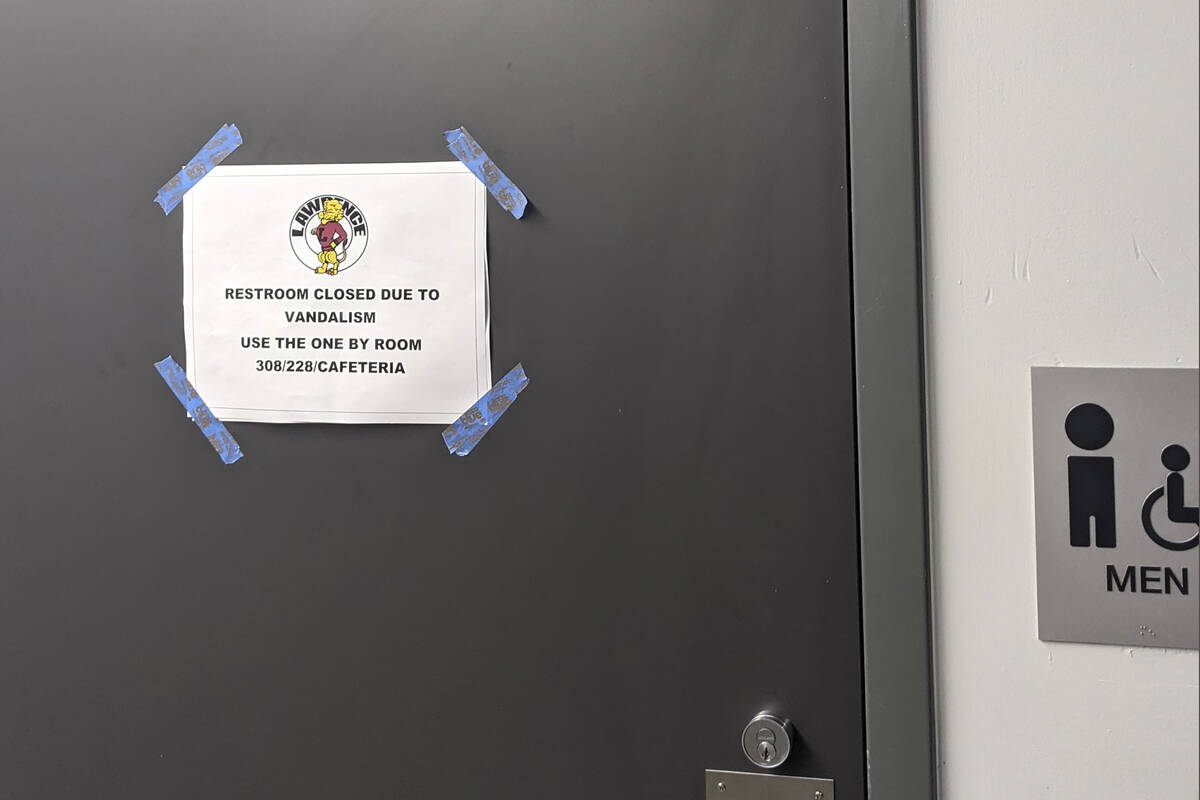 In this Friday, Sept. 17, 2021 courtesy of Cuyler Dunn shows a sign on a closed restroom at Lawrence High School in Lawernce, Kan. Students across the country are videoing themselves stealing soap dispensers, microscopes and even turf off stadium football fields and posting their heists on TikTok in a phenomenon dubbed "devious licks" that is bedeviling administrators and forcing them to shut down bathrooms. (Cuyler Dunn via AP)

An unknown number of Clark County School District campuses have been impacted by a nationwide social media campaign that encourages youths to steal or vandalize school property.

“We’re aware of the social media trend and we have reports of it throughout the valley,” he said, noting the police department is doing everything it can to support schools.

Police respond when there are incidents of vandalism or malicious destruction of school property, Zink said. He said he’s not aware of any criminal charges locally that have occurred related to the Devious Licks challenge.

The penalty, depending on the value of the damage, is often restitution and typically, parents are responsible for that, Zink said.

He noted incidents could also lead to school-based discipline, ranging from a required parent conference to possible suspension.

In a recent message to parents, the school district said it has noticed an increase in vandalism on its campuses. It doesn’t specifically mention the Devious Licks challenge by name, though.

“These actions appear to be tied to a social media trend and are creating a nuisance on our campuses and in the surrounding community,” the district wrote.

District officials are asking parents to “engage children in conversations about proper behavior” and the expectations outlined in the district’s Student Code of Conduct, according to the letter.

“These types of behaviors impact the learning environment and will not be tolerated,” the letter states, noting they can result in disciplinary action.

“We have had a rash of incidents that include students punching soap dispensers and graffitiing mirrors and stalls in the boys restrooms,” she said.

Cram officials are concerned about the behavior and are asking the community to talk with students to help them understand the ramifications of their actions, Ritter said.

“Please understand that any student caught engaging in these behaviors will be disciplined at school and school police will be contacted,” she said. “We will not tolerate the purposeful destruction of property, graffiti or theft.”

School district across the country are dealing with the Devious Licks challenge, Zink said.

Zink also encouraged parents to have a conversation with their children.

He added this message for students: “Social media trends come and go quickly, so why even participate?” 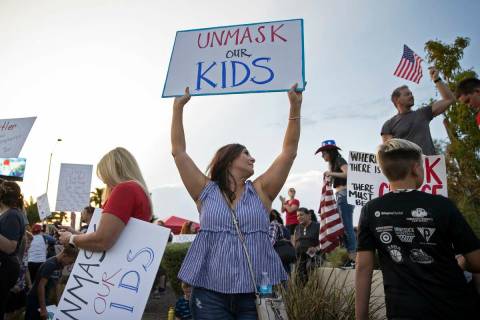 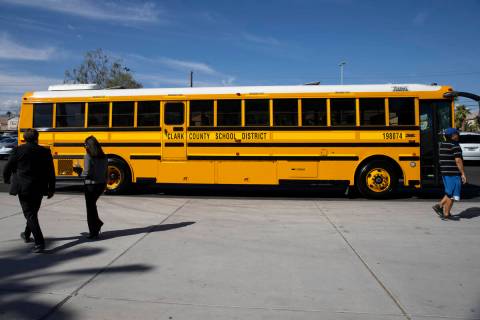