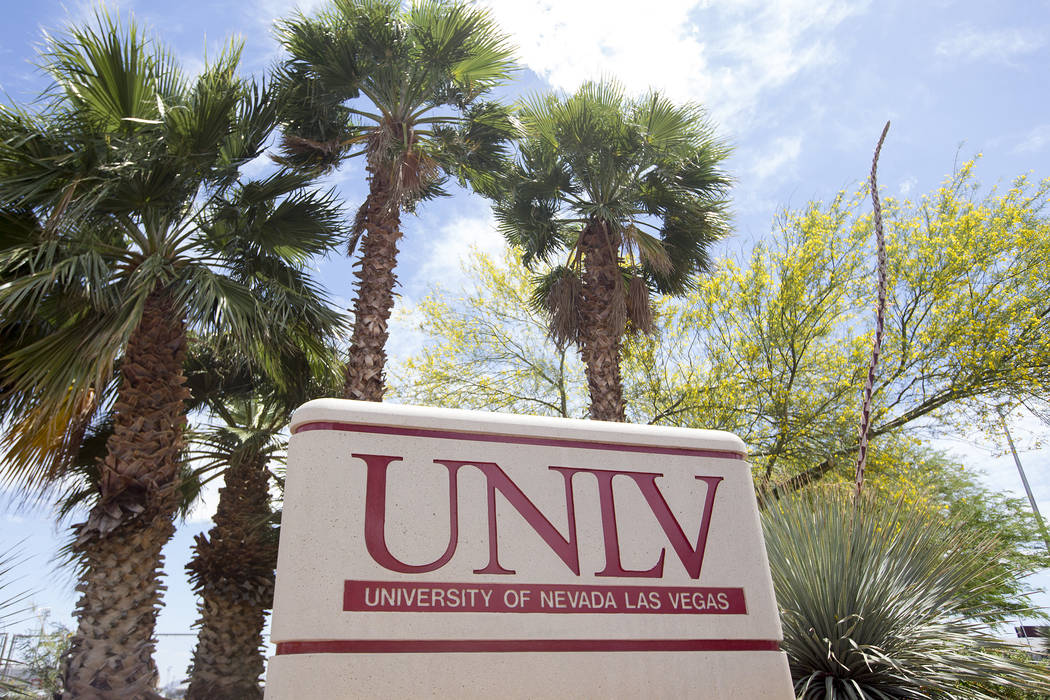 A proposed elevated expressway near the UNLV campus would cost the school between $11.5 million and $14.5 million in adverse economic impact, according to a study carried out by the university.

Acting UNLV President Marta Meana said the “grave concerns” she and the school had about the proposed $77 million project were confirmed in the impact study carried out by Kimley-Horn and Associates Inc., JABarrett Co. and CSL International. 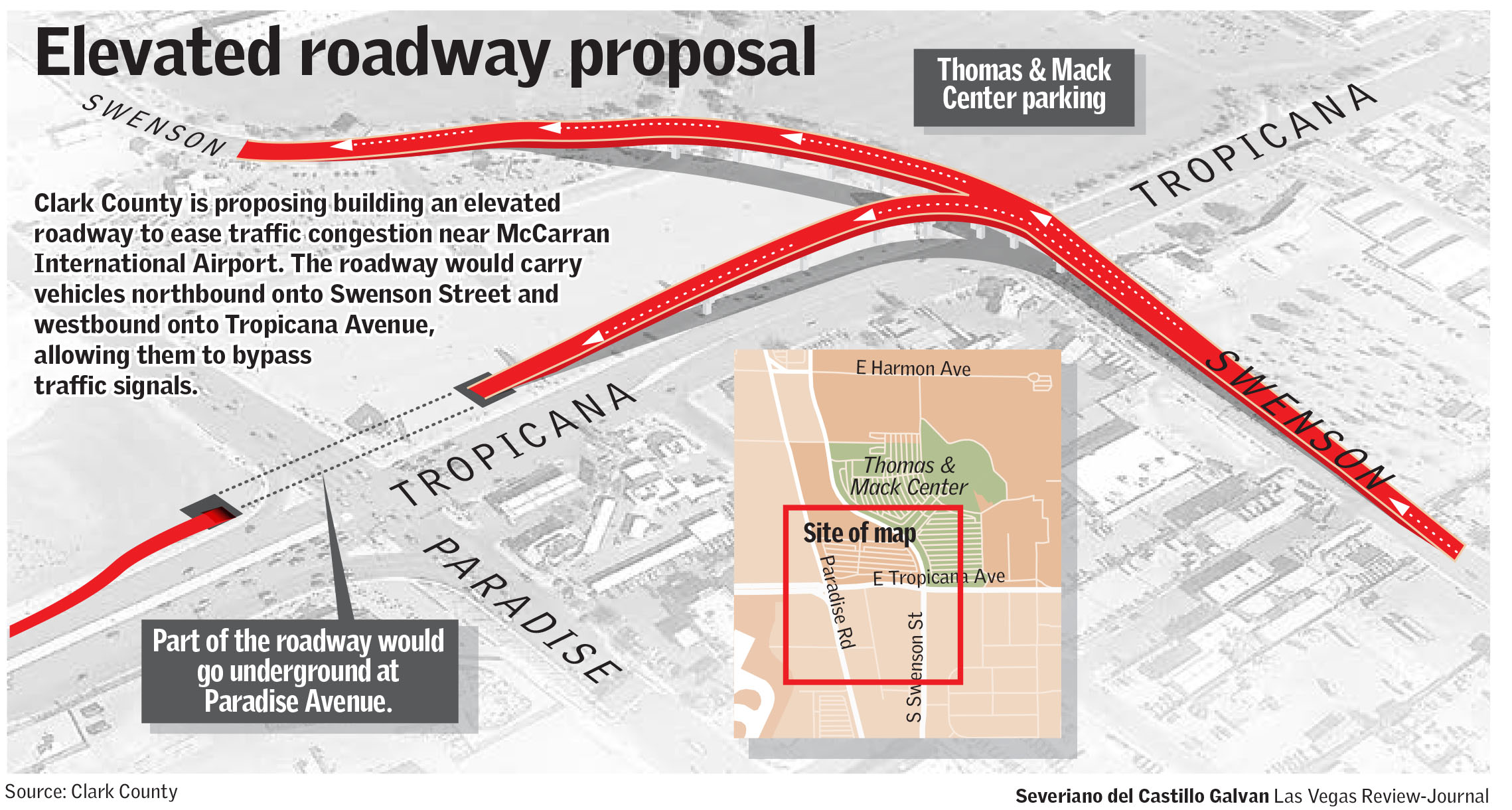 “It clearly threatens the visibility and view shed and the image of the main and adjacent campuses,” Meana said during a discussion of the study Friday at the Nevada System of Higher Education’s Board of Regents meeting. “Especially as it relates to UNLV’s value in this community in respect to UNLV’s top-tier goal.”

The modified version of the original expressways is aimed at alleviating wait times motorists experience between McCarran International Airport and the resort corridor.

One section would take motorists from Swenson Street onto Tropicana, heading west toward the Strip, and the other would lead them past the Thomas & Mack Center on Swenson, heading north, a common route for traffic headed toward the Las Vegas Convention Center.

The new option is a scaled-down version of Clark County’s original $200 million plan, which was dropped in December after receiving mostly negative feedback from community partners and residents. It featured elevated expressways running along Koval Lane and Swenson to and from the airport.

Initial concerns aired by the school at the October board of regents meeting included the expressway impacting ingress and egress of traffic following athletic and special events at the Thomas & Mack.

The study carried out by Kimley-Horn and Associates revealed there would be no traffic impact to such events.

Kimley-Horn’s study also stated the elevated expressway would provide significant benefits in moving traffic through Tropicana Avenue and Swenson Street, with the bulk of the motorists using the expressways being non-UNLV bound traffic. In turn, the congestion that occurs at the intersection for UNLV related traffic would also improve.

The study also said any upgrades to the intersection should consider a third left turn lane from Tropicana eastbound to northbound Swenson.

Meana brought up the nationwide trend of cities tearing down elevated expressways for a bevy of reasons including increased pollution, noise issues, increased crime, visual displeasure, and the isolation of neighborhoods.

“The literature on elevated expressways is pretty clear on their negative impacts in communities and the quality of life therein,” she said. “They are simply bad for communities on multiple dimensions.”

UNLV and the county will meet on Dec. 12 to discuss possible alternatives to the elevated expressway.