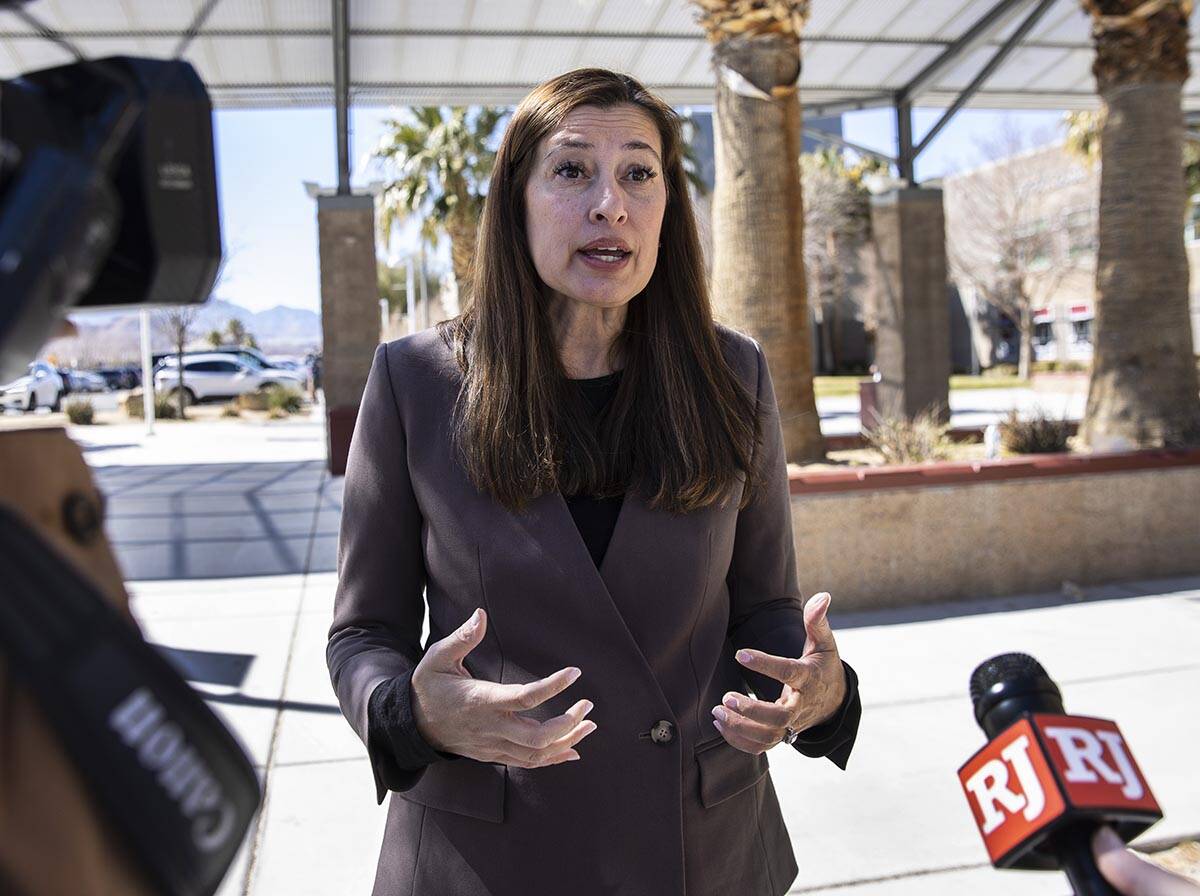 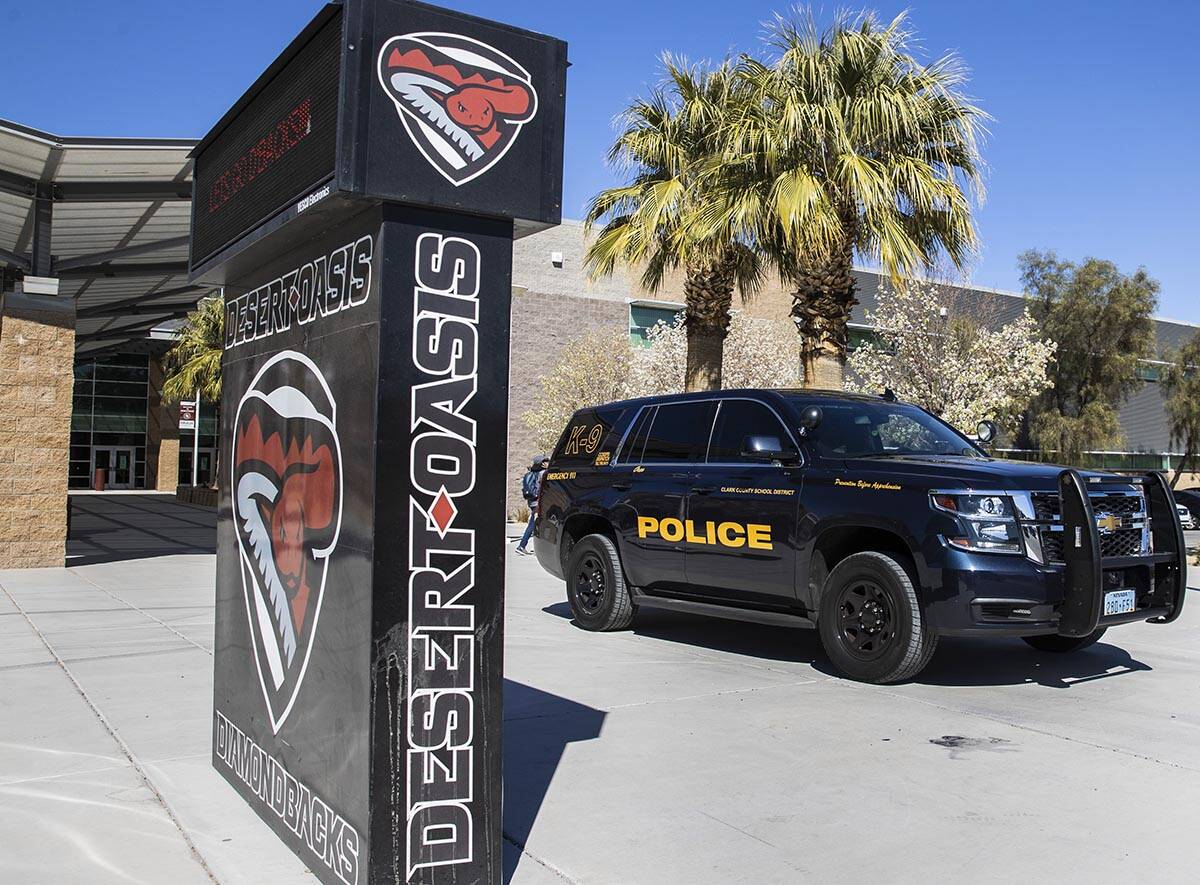 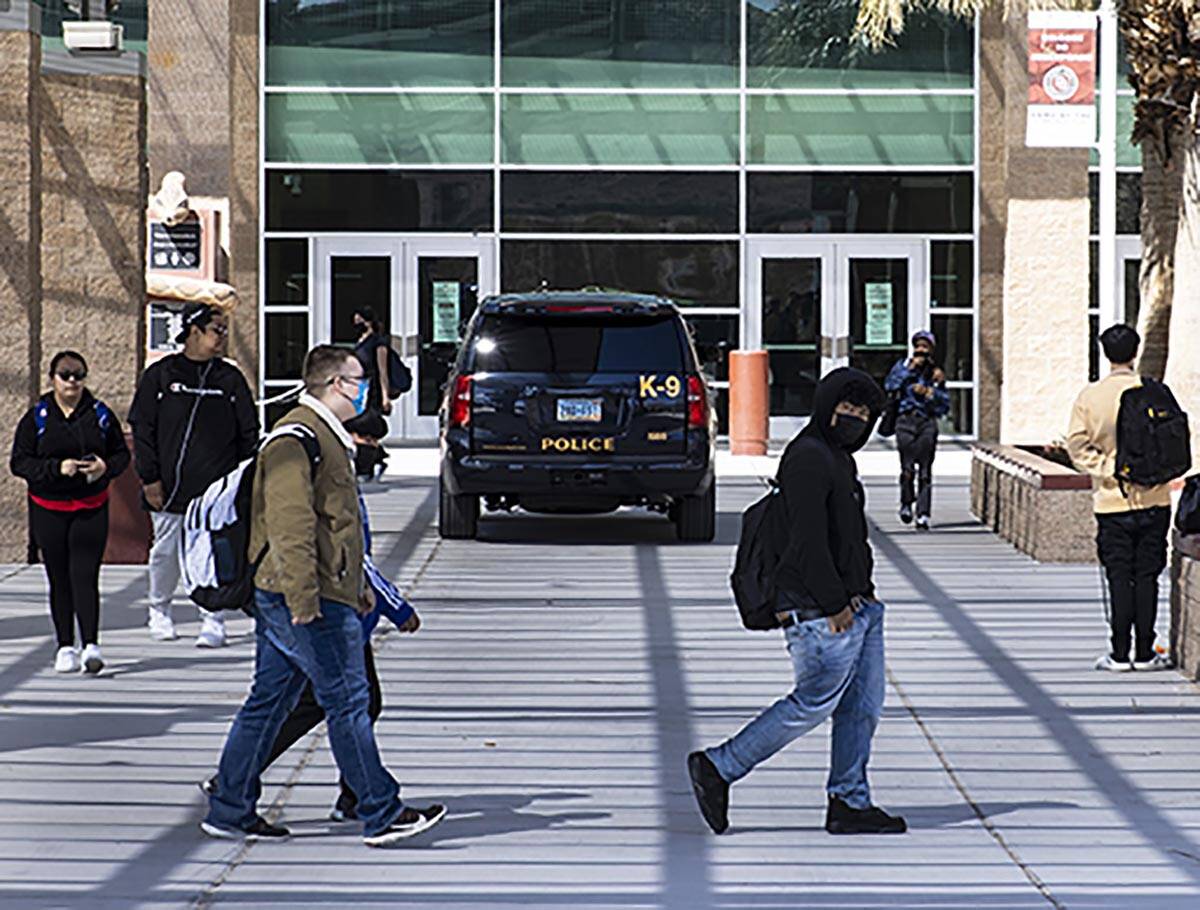 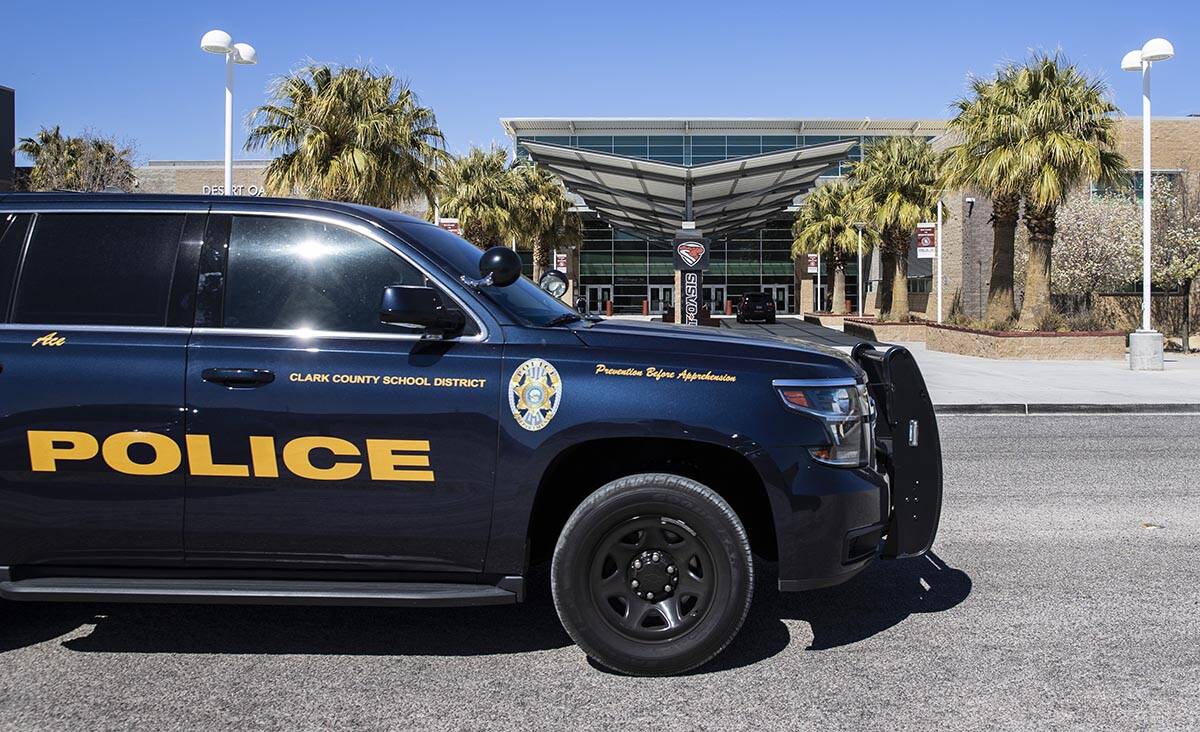 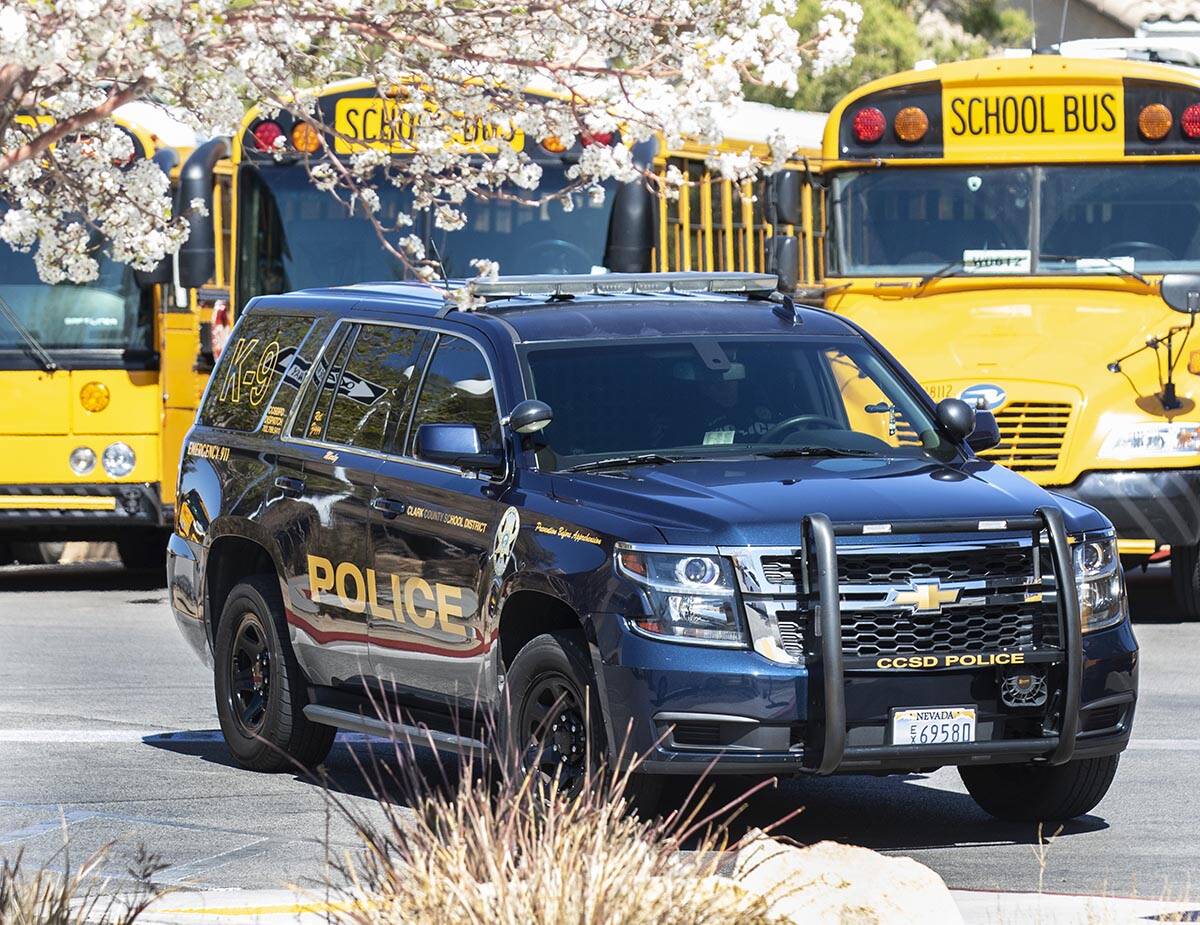 It was another day of tumult at Desert Oasis High School in Las Vegas Friday with many students not showing up for classes because of social media threats made against the school.

“We did receive multiple SafeVoice tips reference a couple of social media threats,” Zink wrote in a text. “All threats are currently under investigation.”

Students and parents, meanwhile, said Friday the school was nearly empty because students and parents are scared about violence. Several students said attendance was roughly 20 percent of what it normally is. CCSD did not immediately respond to a request for attendance figures for Friday at Desert Oasis.

“Every single class I was in there was only like five to eight students,” said James Gomez, 14. “It was super empty.”

Also Friday morning, there was a brief evacuation of the school at around 7 a.m. after a fire alarm was inadvertently pulled.

On Thursday, one man and one juvenile were arrested and nine other juveniles were cited when fights broke out at the school at 6600 W. Erie Ave., near West Cactus Avenue and Decatur Boulevard and the Southern Highlands community. The resulting lockdown Thursday was the second day in a row that a lockdown was necessary at the school.

Desert Oasis was also locked down Wednesday for about two hours after a report of a student with a gun around 12:30 p.m., Zink said. School district police checked every room and questioned as many students as possible, Zink said, before determining there was no gun on campus, and no one was arrested.

Parents waiting to pick up their kids at the school Friday afternoon said the week’s events have left them coping with worry while simultaneously trying to figure out whether their kids should go to school.

Gavin said his daughter went to school Friday and that he stayed in close touch with her while monitoring for any new alerts from the school about problems. He said school leaders have done a good job at keeping parents informed, but he would like to see increased security at schools overall.

“There is so much going on in the world today it is just hard to fix every problem,” he said. “Metal detectors at the front door. Every now and then random check of backpacks. I know some parents would say its against people’s rights, check this check that. When you’ve got your kid here, you’d want something like that.”

Parent Roxanne Smith has a 14-year-old daughter and a niece who attend Desert Oasis. She said the week’s events have caused a lot of anxiety. She, too, said she believes the school is doing a good job of addressing the problems.

“This is not the first time they’ve had issues here with fights,” Smith said. “During football season they had fights and they had a shooting at one of the football games. Every day it seems like there’s been something going on here.

“I don’t know how much the school can do to keep them from happening but I think we need to start holding the parents accountable just like we do the school,” she said. “I think we put a lot of pressure on the school to keep these types of things out of the school, but it is our responsibility as parents to make sure that when our kids go to school they are going to school with the right intentions.”

Smith also thinks there needs to be metal detectors in schools.

“We are getting to the point where we really need them,” she said, adding she’s noticed more break-ins and property crimes in surrounding neighborhoods.

Students said Friday they would like to see more security.

“Its been pretty bad the last two days,” said Cody Leamy, 15. “It does make you feel unsafe and it makes other people feel unsafe as well. Becoming a very unsafe environment generally. Up the police enforcement and enforce more rules. The kids that are getting in trouble aren’t getting any consequences. My parents are very worried.”

Student Madison Hibbard described the school Friday as “kind of like a ghost town.”

“Nobody was there,” she said. “We went to some of our classes and just hung out with friends and basically just watched movies and played games.”

Christian Ramos, 17, John Pamintuan, 16, and George Beltran, 15, said they expect things to calm down in the coming days and weeks.

“I feel like this is going to pass over,” Pamintuan said.

On Friday afternoon Nevada Lt. Gov. Lisa Cano Burkhead, a former school principal, happened to be on campus for a celebration of women event. She said she delivered a message to students emphasizing the importance of working hard on their educations while also addressing the tumult they’ve been through in the past week.

“We talked a lot about the fact that there is zero tolerance for violence on campus,” Burkhead said. “I know that they’ve had a rough last couple days. I also have full faith in their principal Jennifer Boeddeker and the work that school district police does. We need to come together as a community to make sure that we are working together collectively to really address the issues on campus.”