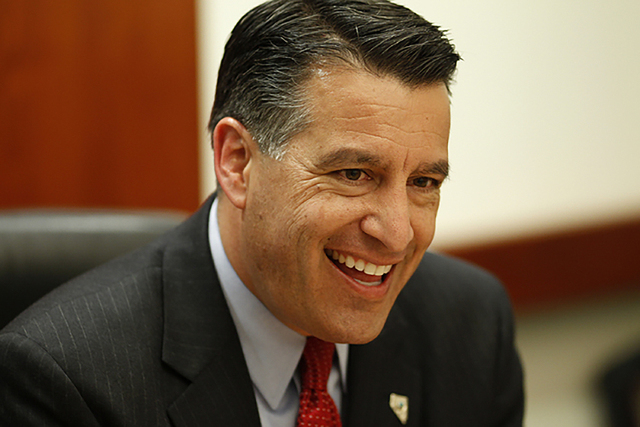 CARSON CITY — Gov. Brian Sandoval, a day after signaling he’d leave funding for education savings accounts to lawmakers next year, on Friday left open the possibility it could be considered very soon.

Speaking to reporters in Las Vegas, the two-term Republican hinted funding for the program that allows parents to claim state per-pupil dollars to send their children to private school could be added to the anticipated upcoming special session.

Sandoval intends to summon lawmakers to Carson City between Oct. 7 and Oct. 13 to consider financing for a 65,000-seat domed football stadium — to be used by the NFL’s Oakland Raiders and UNLV football team — and an expansion of the Las Vegas Convention Center.

The Nevada Supreme Court on Thursday upheld the constitutionality of the school choice law passed by the GOP-controlled Legislature in 2015, but blocked it from taking effect. Justices said the program could not be funded by taking money from the Distributive School Account that supports public schools.

Late Thursday, Sandoval signaled he would leave the issue for the 2017 Legislature, which convenes in February. In a statement, he said “it is important to consult with legislative leadership on this issue as we approach the 2017 legislative session.”

But on Friday he did not rule out the possibility of it being considered before the November election. Republicans, who passed the ESA legislation along party lines, fear the sweeping school choice program could be dead if Democrats regain control of one or both houses after the general election.

“In our preliminary findings and reviews, we found that educational savings accounts are constitutional, it’s just the funding mechanism that needs to be corrected,” Sandoval said Friday.

“So that’s one of the things we’re looking at. I haven’t decided as to whether it will be part of the special session because it’s very complicated and complex and it (the ruling) hasn’t even been out for 24 hours.”

Republicans, emboldened by the high court ruling, are searching for money to get the program up and running. The state treasurer’s office has said about 8,000 applications have been received. Under the law, the average annual amount for each would be $5,100, totaling nearly $41 million a year so far.

That number would surely grow if the program continues and more parents apply. The Nevada law, as written, makes the funding available to anyone, with certain provisions that children must first attend public school for 100 days. There is no household income restriction.

“I am concerned about the prospect of increasing taxes or cutting other educational programs to fund what, at this point, is a $41 million voucher program while our public schools still have considerable needs for class size reduction, increasing teacher salaries and filling vacancies, and providing basic supplies like text books,” Ford said.

Backers of the law are trying to find money to implement it for the second half of the school year that begins in January.

“Again, that’s something that’s being looked at right now,” Sandoval said. He estimated funding for half a year would cost around $17 million.

Assembly Majority Leader Paul Anderson, R-Las Vegas, said besides remedies requiring action by the full Legislature, Republican lawmakers also are researching if money, such as unused grant funds, could be moved into the ESA program through other means.

“There are a couple of different options for us,” he said, suggesting the Legislature’s Interim Finance Committee may be able to transfer dollars.

“We can move monies around but just can’t create new sources of revenue through IFC,” said Anderson, who is chairman of the panel.

Anderson said the GOP majority feels “some obligation to see if we can get those parents through the first year” by funding the education accounts.

“First we have to find the funds. Then we’ll figure out the path we need to take to get there,” he said. 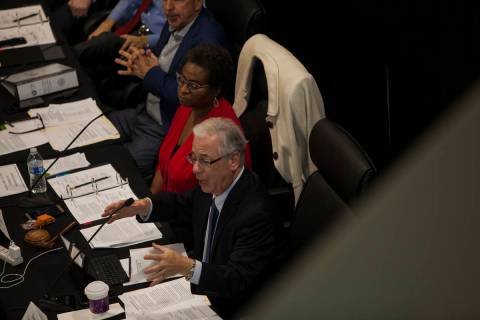