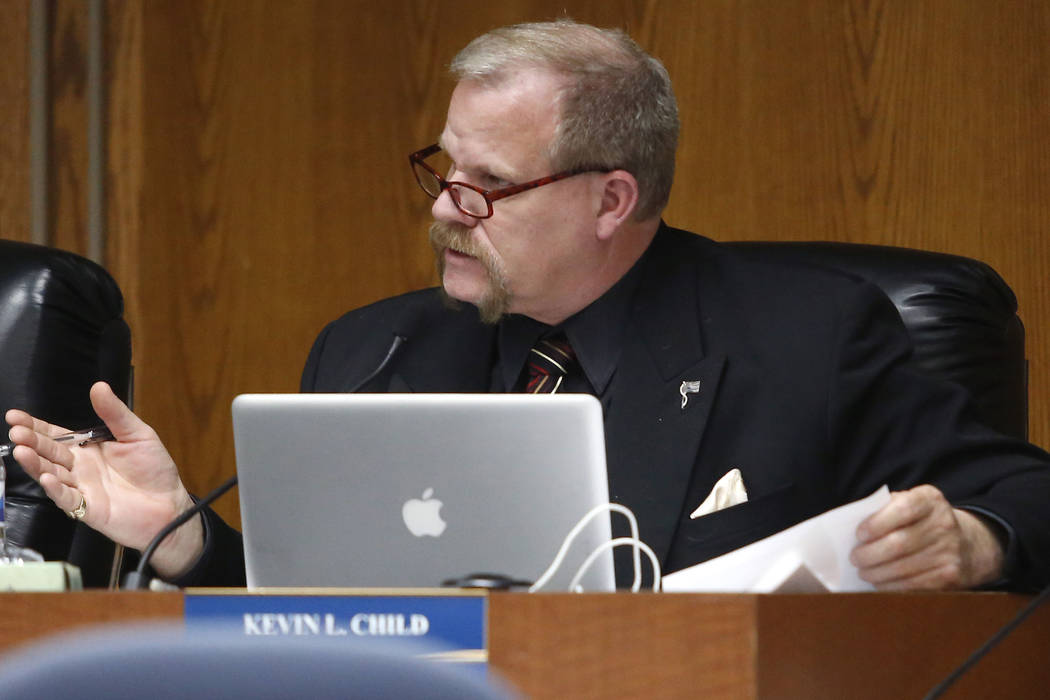 A judge handed the Las Vegas Review-Journal another victory Tuesday in its public records lawsuit against the Clark County School District, ordering the system to conduct more extensive searches of records regarding inappropriate behavior by Trustee Kevin Child.

District Judge Timothy C. Williams granted the Review-Journal’s request for the district to search the email accounts of all school principals, Diversity and Affirmative Action Office staff, trustees and staff who were copied about complaints on Child. The order also includes searching for hard copy files on such complaints.

The district also must provide a form of certification to guarantee the accuracy of the searches.

The judge will then review those documents and determine whether they are considered privileged under the state’s public records law.

“I think the public has a right to know,” Williams said during a hearing Tuesday.

The Review-Journal’s lawsuit stems from a December public records request — followed by another in February — regarding Child that wasn’t entirely fulfilled. Documents later obtained from the school district showed that complaints about Child’s behavior began even before his election as a trustee in 2014.

But a lawyer for the district argued that it has already provided the pertinent documents and that the public already knows how the district handled complaints against Child.

“The school district has concealed and enabled Mr. Child’s conduct long enough,” Review-Journal Managing Editor Glenn Cook said. “If we can’t learn the extent of complaints against him, voters can’t hold him accountable.”

Child was banned from making unannounced visits to schools in December after an investigation conducted by the Diversity and Affirmative Action Office determined he created a hostile work environment and made female employees uncomfortable.