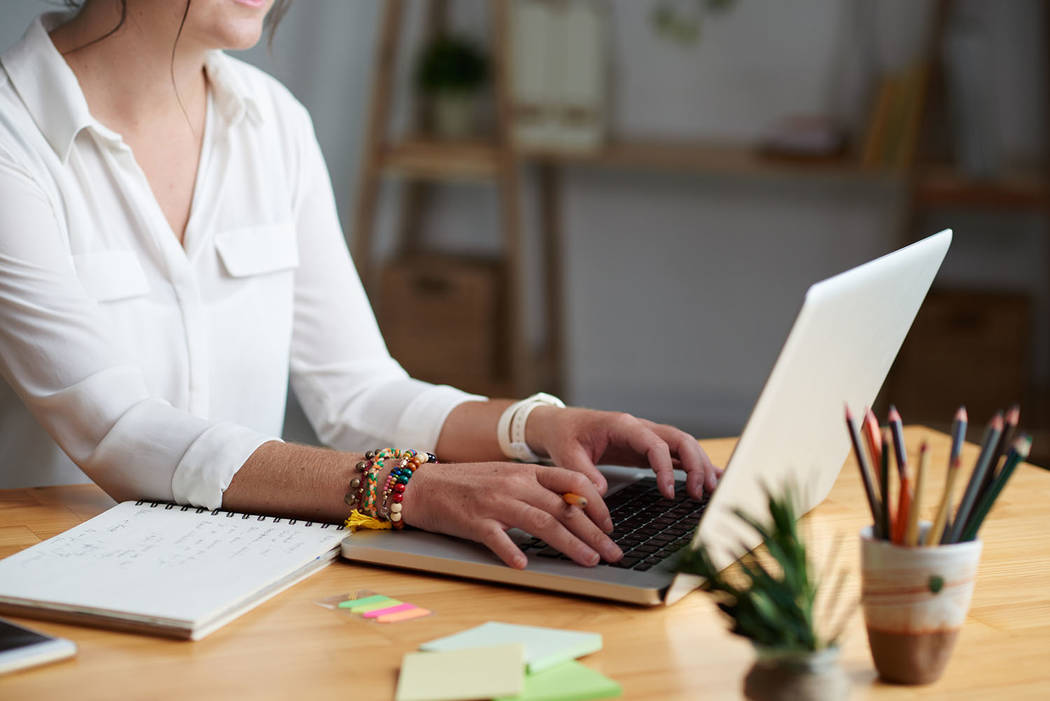 Bite-size academic degrees are slowly making their way to Southern Nevada, offering students a way to level up professionally in a relatively short time.

Called microcredentials, these highly specialized programs are aimed at working students looking for formal recognition of some aspect of their skills — say a financial sector worker who might want to learn the basics of cybersecurity, or a teacher for whom leadership training could mean a pay raise.

The programs vary from just 15 hours of study to more traditional semester-long classes. In some cases, they can be earned as part of — or on the way to — a bachelor’s or associate’s degree.

“For a bachelor’s degree, it’s usually four years, and if you stop out, you’re stopping out with nothing other than potentially student debt,” said Sarah DeMark, vice president of programming at Western Governors University, an online college based in Salt Lake City. “Having the microdentials gives students more seamless on-ramps and off-ramps.”

For now, microcredentials are available in only a few disciplines. Though schools in the Nevada Systems of Higher Education have certificate programs that can be completed in a shorter time frame, they do not offer microcredential programs.

But growing interest nationwide has led to The Institute of College Access to study whether the requirements of federal financial aid could be changed to allow students to enroll in more such programs in the future.

WGU plans to roll out the first microcredential programs at the school’s virtual Nevada campus before the end of the year, according to DeMark.

The microcredentials will likely be available in the fields of IT or business, where there are significant milestones on the path to a bachelor’s degree that could become microcredentials, DeMark said. The goal is to create microcredentials that correlate to a specific industry need, such as the aforementioned cybersecurity in the financial sector, DeMark said, in order to make students stand out to employers.

Working students who have earned those microcredentials could then apply for pay raises or higher-level jobs, DeMark said, while students hunting for jobs could add an extra bullet point to their resumes.

“Our students are working adults with full-time jobs; they have a lot of things they’re currently balancing. Everything we build is geared toward that audience,” DeMark said.

WGU has developed a similar program in California through the Service Employees International Union, which allows union members to take medical coding classes and earn a microcredential for it.

In the future, DeMark said WGU may also look to add stand-alone microcredential courses that can be taken after a student has already earned a bachelor’s degree, in order to gain additional skills that can translate to a new job or a new career path entirely.

Starting this summer, Clark County Education Association teachers also have a path to microcredentials via the Nevada Collaboratory — a union-backed program that combines microcredentials into stacks that indicate proficiency in one of three areas: leadership, data and stakeholders.

Interested teachers are asked to apply with a project in mind that will apply to a particular stack. One group of teachers has already opted to study ways to reduce chronic absenteeism while aiming to earn all three stacks of credentials, said Brenda Pearson, the union’s director of professional learning.

About 100 teachers have applied for the program so far, Pearson said, which is free to union members.

The work can be done independently or with a team, and comes with support via conference calls and Google classrooms. Teachers use the Digital Promise system to submit their work. Currently each Collaboratory microcredential takes about 15 hours to complete, while a full stack requires about 45 to 60 hours outside of contractual hours.

Upon completion of the program, teachers receive a digital badge that can be applied to the Clark County School District’s system for professional development raises, according to Pearson.

Pearson said the short-term programs work well for teachers because they’re based on competencies that a teacher may already have — the microcredential is a way to get credit for it.

“It’s job-embedded — the work they’re doing in the classroom counts toward the microcredential,” Pearson said.

Pearson added she’d like to see future microcredential programs for new teachers, or those that reward teachers for projects on improving student motivation.

A lingering question on microcredentials is how students will pay for them, as many are too short to qualify for federal financial aid, which comes with minimum credit or clock hour requirements. But proposals have been made to change the current federal loan requirements — established in the 1990s after questionable programs led to slews of student defaults.

WGU is also figuring out how microdegrees may fit in with the school’s fee system, which is charged per year, rather than per credit, DeMark said. In theory, students with microcredentials would spent less time and money earning a bachelor’s degree.

A study by the Institute for College Access found that relatively new microcredential programs aren’t readily tracked by states or the federal government, making it difficult to determine their quality, where they’re most prominent or how students fare after taking them. When the data is available, these short-term credentials vary so widely in focus and content that it’s difficult to make broad judgments, the study found.

The study concluded that much more research is needed before the programs are made eligible for federal aid, “in order to prevent the proliferation of low-quality programs.”