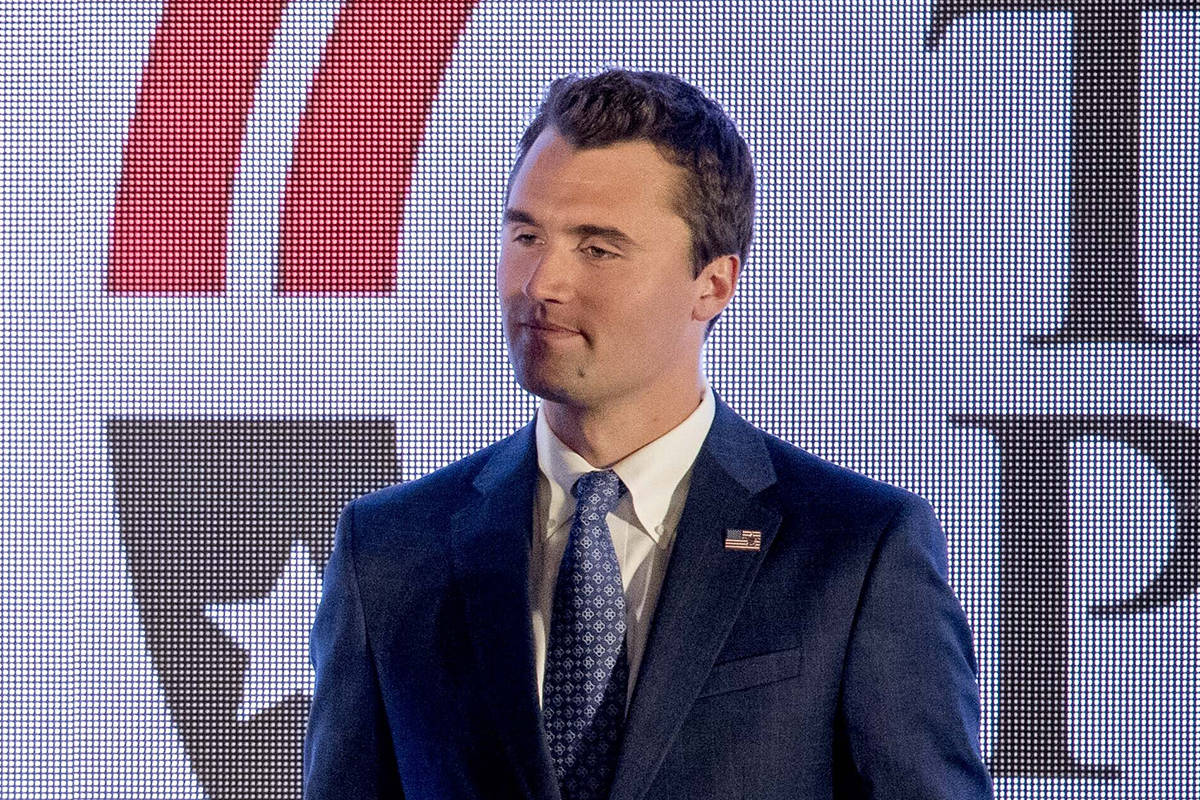 A letter released by UNLV Democrats and Nevada Young Democrats on Tuesday, which was sent in January to UNLV and student government officials, condemned actions taken by the Phoenix-based Turning Point USA and its founder Charlie Kirk and referenced the Jan. 6 riot at the U.S. Capitol.

The letter called on the university to investigate the actions of the national organization. Arias told the Review-Journal on Tuesday the organizations aren’t aware of anyone from UNLV’s Turning Point chapter who traveled to Washington, D.C.

Turning Point USA said in a Tuesday night statement to the Review-Journal: “The letter sent to university administrators is not only defamatory, it’s also wildly inaccurate. Neither TPUSA nor any of its affiliates were involved in any way with the events at the Capitol Building on Jan. 6. If these groups don’t immediately issue a correction or retraction, TPUSA will be forced to pursue additional action on behalf of the organization and the amazing students members at TPUSA UNLV.”

“They pretty much told us, ‘We’re not going to do anything about it,’ and that was it,” Arias said, noting the response was that the university can’t restrict a student organization’s free speech unless there’s direct harm.

The student groups sent a response Jan. 25 but got “ghosted,” meaning they didn’t hear back, said Arias, a 27-year-old UNLV student.

UNLV spokeswoman Cindy Brown said Tuesday in a statement that there have been no reported incidents in the past year related to the Turning Point chapter.

“A registered student organization’s status may only be revoked if found, through due process, that it violated campus policy such as the student conduct code,” she said. “As a public higher education institution, UNLV cannot restrict speech or activities except in very narrow instances where speech is not protected under the First Amendment.”

Arias said he welcomes organizations with different political viewpoints on the UNLV campus but accused Turning Point members of trying to provoke confrontations when the Democrat groups are organizing.

The Democratic groups wrote in the letter to UNLV officials that the local chapter has “displayed xenophobic propaganda on campus and actively engaged in violence” and that UNLV didn’t take action against the group. The letter references a 2019 viral video where the chapter president at the time “displayed white supremacist behavior and racist comments.”

In May 2019, a student identified as Riley Grisar, who was president of UNLV’s Turning Point chapter, was removed by the national organization after he appeared in a 10-second video that went viral saying “white power” and flashing a hand gesture that has been used by white supremacists.

That came more than a week after protesters confronted members of UNLV’s Turning Point chapter after members of the group set up a booth and wrote “build the wall” on a mock border in the common area at the university.

Around that time, a petition circulated calling for the university to remove Turning Point USA as a student organization.

In October 2019, Fox News contributor and UNLV alumna Tomi Lahren spoke on campus at an event hosted by the university’s Turning Point chapter. A group of protesters gathered outside the public event.

During the same month in Northern Nevada, a petition was circulating — Vice President Kamala Harris was among those who signed it — calling on University of Nevada, Reno’s administrators to take action against instances of white nationalism on its campus, including a swastika painted on a wall.

The petition, released shortly after Kirk had spoken at UNR, said the university’s response to the presence of Turning Point on campus and its alleged intimidation of other students was inadequate.

Kirk founded Turning Point USA in 2012. The organization’s website lists several chapters in Nevada, including at UNLV, UNR, College of Southern Nevada and several Las Vegas and Reno-area high schools. It says UNLV’s chapter was formed in 2019 and has 30 active members.