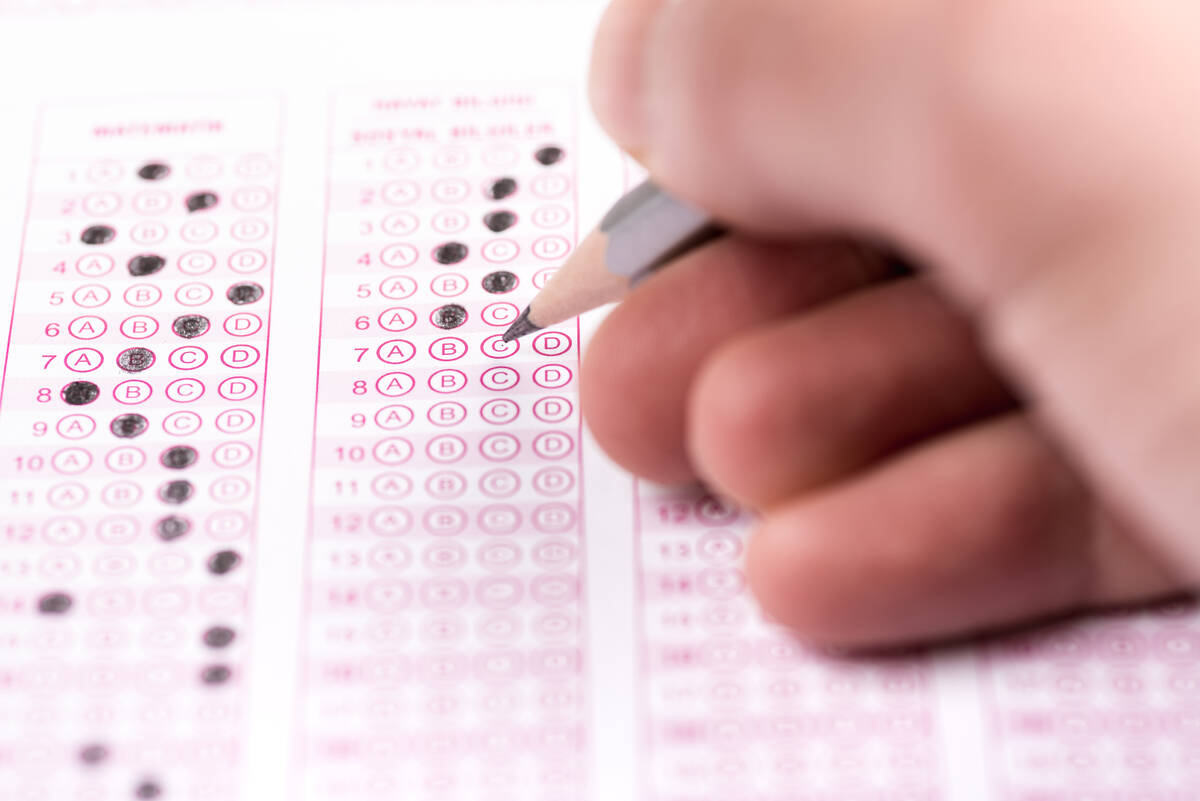 Scores on the ACT college admissions test by this year’s high school graduates hit their lowest point in more than 30 years with Nevada receiving the lowest average composite score in the nation. (Thinkstock)

Scores on the ACT college admissions test by this year’s high school graduates hit their lowest point in more than 30 years with Nevada receiving the lowest average composite score in the nation — the latest evidence of the enormity of learning disruption during the pandemic.

The class of 2022’s average ACT composite score was 19.8 out of 36, marking the first time since 1991 that the average score was below 20. Also, an increasing number of high school students failed to meet any of the subject-area benchmarks set by the ACT — showing a decline in preparedness for college-level coursework.

Nevada’s score — 17.3 — fell well below the nationwide average and was the lowest among six states where an estimated 100 percent of graduates tested last year. Students in the Silver State are required to take the college entrance exam as a high school graduation requirement.

Other states in that category are Alabama, Louisiana, Mississippi, Tennessee and Wyoming.

A note on the ACT’s website says a lower composite score should be expected in a state where 100 percent of students are testing than a state with a lower percentage of students — “presumably those more likely to be going to college” — participating.

The test scores, made public in a report Wednesday, show 42 percent of ACT-tested graduates in the class of 2022 met none of the subject benchmarks in English, reading, science and math, which are indicators of how well students are expected to perform in corresponding college courses.

In comparison, 38 percent of test takers in 2021 failed to meet any of the benchmarks.

“Academic preparedness is where we are seeing the decline,” said Rose Babington, senior director for state partnerships for the ACT. “Every time we see ACT test scores, we are talking about skills and standards and the prediction of students to be successful and to know the really important information to succeed and persist through their first year of college courses.”

In Clark County, 44 percent of 11th graders districtwide tested proficient in English language arts on the ACT, according to materials posted online in advance of a Thursday meeting of the Clark County School Board.

That’s down from 46 percent proficiency during the pre-COVID-19 pandemic 2018-19 school year.

In math, about 20 percent of students tested proficient on the ACT, down from nearly 25 percent in 2018-19.

The school board is scheduled to hear an information-only presentation Thursday about student test scores — including on the ACT — from last school year.

The discussion about learning loss due to the pandemic is continuing, Story said, and the district is hyper-focused on closing learning gaps.

The Nevada Department of Education noted in a statement Wednesday that “Nevada’s scores didn’t drop as much as other states’ scores.”

The state is using federal coronavirus relief money to “expand students’ access to college coursework that has been linked to higher test scores,” the department said.

Rebecca Garcia, president of the Nevada PTA and an administrator for the “CCSD Parents” Facebook group, said she often hears concerns from parents about how children will recover academically following the COVID-19 pandemic, noting there was learning loss for many.

A lot of children missed out on foundational building blocks in math and English language arts, said Garcia, who has three children in the Clark County School District, in sixth, eighth and 10th grades.

“It was not a normal educational environment,” she said about schooling during the pandemic.

As for ACT test scores, “I think the numbers show a lot of the education landscape that exists in Nevada,” she said, including the teacher shortage and under-resourced classrooms with large class sizes.

Also, attendance post-pandemic has been a struggle for most schools, Garcia said.

ACT scores have declined steadily in recent years. Still, “the magnitude of the declines this year is particularly alarming,” ACT CEO Janet Godwin said in a statement. “We see rapidly growing numbers of seniors leaving high school without meeting college-readiness benchmarks in any of the subjects we measure.”

The results offer a lens into systemic inequities in education, in place well before the pandemic shuttered schools and colleges temporarily waived testing requirements. For example, students without access to a rigorous high school curriculum suffered more setbacks during pandemic disruptions, Babington said. Those students tend to be from rural areas, come from low-income families and are often students of color.

The number of students taking the ACT has declined 30 percent since 2018, as graduates increasingly forgo college and some universities no longer require admissions tests. But participation plunged 37 percent among Black students, with 154,000 taking the test this year.

Standardized tests such as the ACT have faced growing concerns that they’re unfair to minority and low-income students, as those with access to expensive test prep or advanced courses often perform better.

Babington defended the test as a measure of college readiness.

“Now more than ever, the last few years have shown us the importance of having high-quality data to help inform how we support students,” Babington said.

Test scores now are optional for first-year student admission at many institutions. Some colleges, such as the University of California system, even opt for a test-blind policy, where scores are not considered even if submitted.

But many students still take the tests, hoping to get an edge in admissions by submitting their scores. Tyrone Jordan, a freshman at test-optional Arizona State University, said he took the ACT and the SAT to get ahead of other students and help him receive scholarships.

Jordan, who wants to pursue mechanical engineering, said he thinks his rigorous schedule at Tempe Preparatory Academy prepared him for college, and the standardized tests helped support him and his family financially.

“All the test did for me was give me extra financial money,” Jordan said.

While Jordan was always planning to take the test, many students struggle with access or choose not to take the test since their universities of choice no longer require it. In Alabama, Louisiana, Mississippi, Nevada, Tennessee and Wyoming, everyone is tested.

— With reports from Cheyanne Mumphrey at The Associated Press