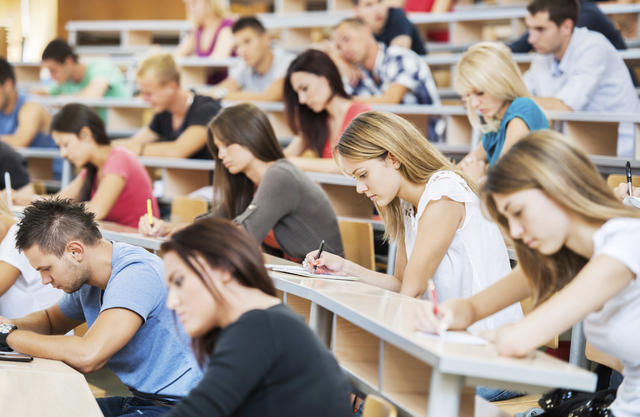 Former Nevada students who failed to earn a high school diploma because they couldn’t pass the state’s proficiency exam now have a shot at redemption.

That created a situation where students who didn’t pass the proficiency exam were being held to a different standard than more recent students.

That will change as the result of a guidance memo sent to district superintendents by the state on Oct. 13, as long as the student meets all other graduation requirements.

The change levels the playing field for adult education learners who are still trying to earn a diploma, according to the state.

“If it wasn’t retroactive we’d have a situation where we’d say if you’re 22, here’s your diploma, if you’re 23, take the test,” said Henry King, an educational program professional in the state Department of Education. “It would have created an artificial age line in adult ed by which there would have been different graduation requirements based on how old they were.”

Individual school districts will set up processes for former students to submit written requests for a diploma. They will also need to verify that students met all the other graduation requirements before issuing one.

Searer wasn’t sure how many students would be impacted by the change.

Once the district figures out a process for former students to apply, the district will put out information publicly, she said.