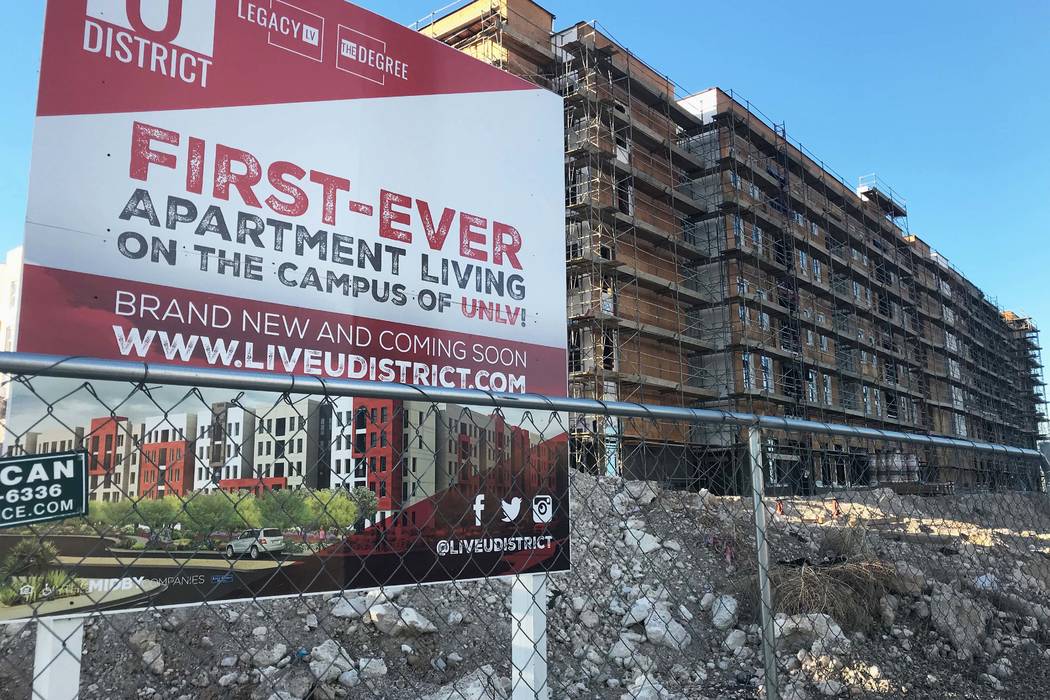 The site of a new student housing apartment complex near UNLV on Thursday, Jan. 11. Construction stopped in September 2017, and has not resumed since. (Natalie Bruzda/Las Vegas Review-Journal) 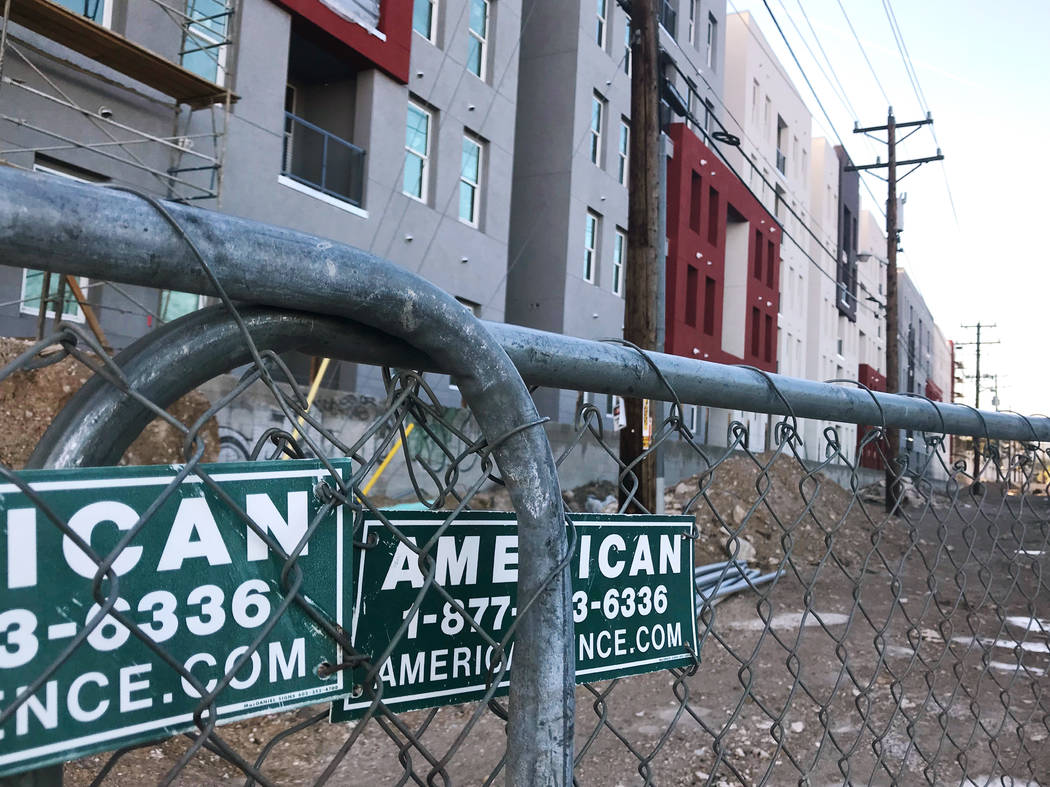 The site of a new student housing apartment complex near UNLV on Thursday, Jan. 11. Construction stopped in September 2017, and has not resumed since. (Natalie Bruzda/Las Vegas Review-Journal)

The sign outside the dormant construction site touts the “first-ever” opportunity for apartment living on UNLV’s campus.

“Brand new, and coming soon,” the sign reads, but two weeks into the new year, construction activity for The Degree apartments is non-existent.

Project developer Eric Midby told the state Board of Regents in December that his company was working to re-engage with its general contractor, the Korte Company, to resume construction on the complex — which will provide 760 beds of student housing — by Jan. 1.

But it hasn’t happened.

“The Midby Cos. and Korte Construction were not able to come to terms regarding a new contract,” Midby said in a statement. “The Midby Cos. is actively speaking with a number of potential companies to replace Korte as general contractor on the project.”

Regents and the university have since been mum on the topic.

Regent John Moran did not answer calls or messages seeking comment. Both Regent Trevor Hayes and Board Chairman Kevin Page said they can’t talk about the project and referred a Review-Journal reporter to Nick Vaskov, the vice chancellor for legal affairs at the Nevada System of Higher Education.

Vaskov did not return calls or an email seeking comment.

After repeated requests for an interview with David Frommer, executive director for planning and construction at UNLV, the university sent a statement.

“Construction at The Degree stopped in September and has not resumed,” the statement reads. “We are concerned and disappointed. We plan to engage students to address their needs as appropriate. At this stage, we are not in a position to answer specific questions.”

The site, located at the corner of South Maryland Parkway and Cottage Grove Avenue, has remained quiet since September, when Korte stopped working on the project — at 73 percent completion.

The Degree project was initially slated to open in time for the fall 2017 semester.

Despite “exhaustive good faith efforts to correct course with Korte,” according to an update provided to the board last month, “further disputes” developed between the two companies. The construction contract was terminated Oct. 9.

In an interview last month, Midby would not disclose the nature of the disagreements.

However, in a briefing paper presented to the Board of Regents for its December meeting, UNLV said the Korte Company filed a $20.3 million lien against the property for the value of the original contract, total amount of all additional or changed work and materials and equipment.

The project was entered into originally as a public-private partnership that allows UNLV to deliver new student housing units, but where the university doesn’t take on the risk to finance or operate them.

In the December meeting, several regents voiced their concerns about the delay and its effect on students and the university’s reputation.

Midby said then that he wanted to get the project back on track to open by Aug. 1 — a year later than first scheduled.

“We just need you to get the job done,” Moran told Midby. Hayes had said the delay hurts UNLV’s reputation and the goal of enticing more students to live on campus.

The building is part of a larger campus housing effort called the “U District,” which includes renovated apartments known as Legacy LV. The construction delay on The Degree apartment prevented the 428 UNLV students who had signed leases from moving in. Students had to find alternate housing, and about 200 alerted the university that they needed assistance.