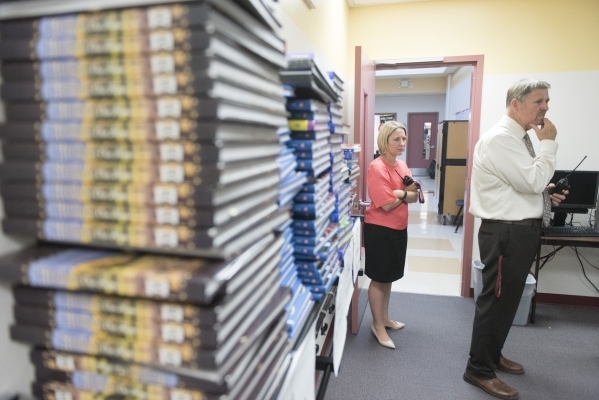 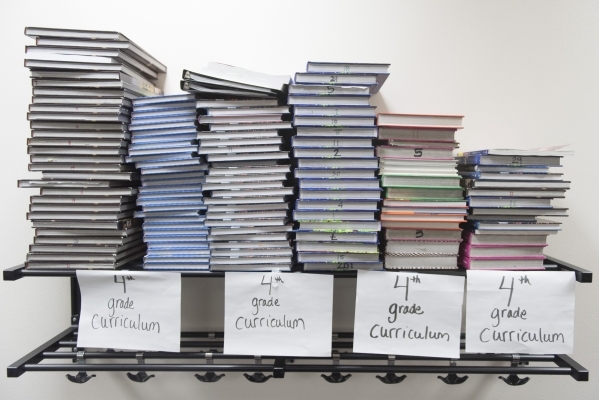 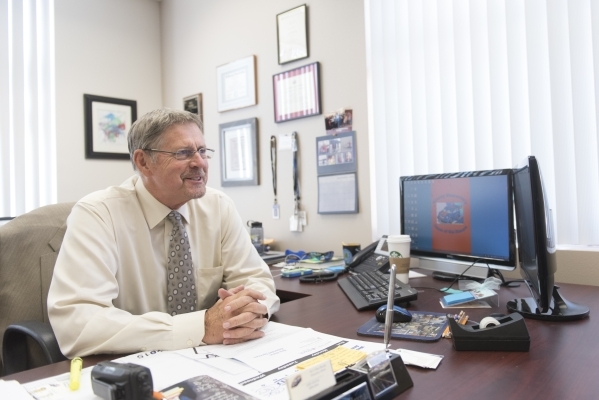 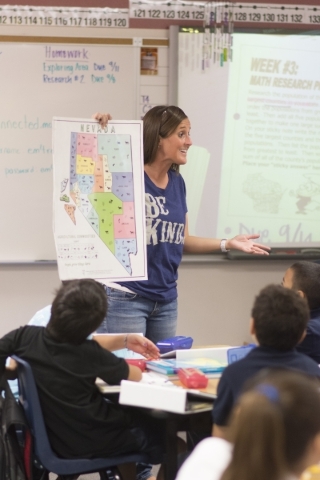 When John Haynal took the reins of Roundy Elementary School three years ago, state education officials had just identified the central valley campus as one of 39 schools with the greatest need of academic intervention.

Less than 43 percent of students at Roundy passed reading proficiency tests, and only 51 percent were proficient in math. Scores had sunk even lower for students with limited English skills and those from low-income families.

Statewide computer glitches prevented Haynal from testing his students last spring, but in 2013-14, the principal saw overall reading and math achievement rise by 16 and 19 percentage points, respectively. The performance among English language learners and students who receive free and reduced lunch also grew by double digits.

The gains were so significant that the Nevada Department of Education last week announced it officially would remove Roundy and three other campuses outside the Clark County School District from a list of 78 schools at risk of state takeover.

“We closed the achievement gaps better than any other school in the district,” Haynal said Wednesday. “We were ranked seventh of all schools in math achievement growth.

“The reason is every two weeks we assess the growth of the students and then adjust instruction immediately.”

At his school, near Decatur Boulevard and Sahara Avenue, it’s typical to see children moving from classroom to classroom.

Teachers use a system Haynal calls “flipping,” in which students split their day between classes. In traditional elementary schools, one teacher will offer lessons in all subjects, whereas Roundy teachers specialize in math or reading and work in pairs.

Haynal and his assistant principal, Jacquelynn Walker, say the strategy offers more guided instruction, and teachers often pull one student to their desk to examine their test scores together and provide one-on-one tutoring.

“The structure is prescribed but … the teacher is free within that to make their own (instructional) decisions,” Walker said. “In other schools, they’re using guided texts and scripts.

“That’s why our teachers feel they can be professionals and stay with us,” she added.

The Roundy model and its success so impressed district officials that they selected Haynal to serve as a “franchise principal” at nearby Vegas Verdes Elementary, which is also a struggling school.

As part of a pilot program within the district, Haynal will supervise Vegas Verdes using the same system as Roundy. About 20 percent of Roundy’s staff left this year to help implement the model at Vegas Verdes.

That list includes many of the campuses already in the district’s turnaround zone, which provides more money, usually a new principal and staffing flexibility at schools where student performance has slipped for several years.

Jeff Geihs, academic manager of the district’s turnaround zone, said he expects to see improvement in test scores, graduation rates or credit sufficiency within the first year of a school entering the program.

“This process is not about building a zone,” Geihs said. “It is about changing the whole system.”