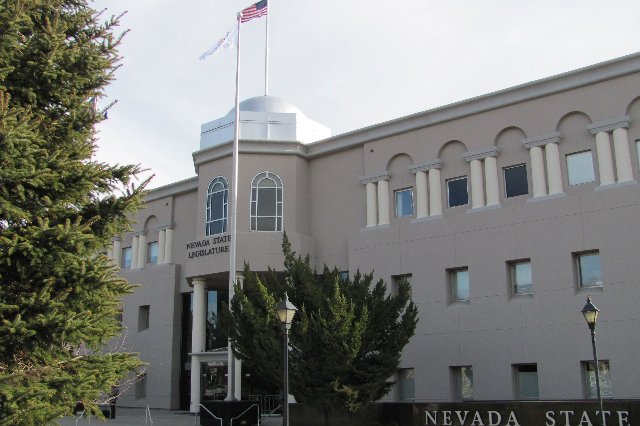 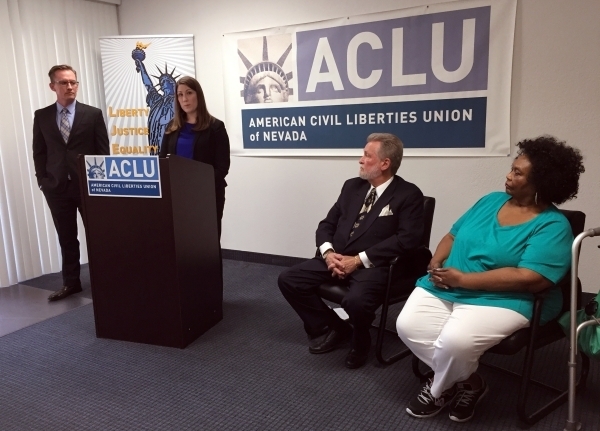 The letter confirmed Simms and his son, a single father, could count on receiving about $5,100 from the state to pay for tuition at Mountain View, on Bonanza Road just east of Pecos Road.

With the first payment set to arrive in an education savings account next month, Simms hoped to enroll his granddaughter in the private school after watching her struggle in the Clark County School District for the past two years.

But Mountain View staff shared some bad news with Simms when the 72-year-old grandfather arrived on campus Tuesday: The day before, a state judge put the brakes on the creation of his and any education savings account after ruling that opponents of the program likely could win a lawsuit challenging its constitutionality.

“They just asked me if I heard what happened, and that didn’t sound good,” Simms said.

“They told me, ‘Well, a judge stopped the funding. He ruled there can be no funding for the program,'” he added. “That’s when I said, ‘Oh, no.'”

Now, Simms and his son join thousands of Nevada families wondering about the fate of the controversial education savings accounts, widely considered the most sweeping school choice program in the country.

The treasurer’s office received more than 4,100 applications for early enrollment in the program, which allows parents to tap a share of state per-pupil funding to pay for private school tuition, home-school materials, tutoring or other education services.

On Friday, Attorney General Adam Laxalt filed an appeal with the Nevada Supreme Court to lift the judge’s preliminary injunction against the the program, which Simms said came as a surprise.

“When we applied, we heard it would be under attack,” Simms said. “We knew that early on.

“I just made an assumption the funding would remain in place while (the case) is being adjudicated,” he said. Now, “we’re just going to step out on faith and believe we will eventually get a ruling in our favor.”

In a 16-page decision issued Monday, District Judge James Wilson in Carson City said the Nevada Constitution requires “the Legislature to set apart or assign money to be used to fund the operation of public schools, to the exclusion of all other purposes.”

He will schedule a trial to consider the merits of the case, but he also indicated the opponents demonstrated reasonable probability they would prevail at trial.

While the attorney general’s office seeks an expedited decision from the Supreme Court on Wilson’s injunction, Treasurer Dan Schwartz awaits clarification from Laxalt on what the injunction means for the overall implementation of SB 302.

It’s unclear whether Schwartz can even accept new applications for enrollment in an education savings account.

“We are not actively processing or reviewing applications right now,” said Grant Hewitt, chief of staff for the treasurer’s office. “We have temporarily hit the pause button while we gather the appropriate facts.”

Since Wilson issued his ruling, Hewitt said the treasurer’s office has received calls and emails from parents asking what they can do to help protect the program.

Heqitt urged patience as Laxalt pursues a legal solution, but he also said Wilson’s decision offered another avenue to ensure the constitutionality of the education savings accounts.

“It would take an act of the Legislature,” Hewitt said. “The key is where the funding comes from, so a new account (in the state general fund) would have to be established.”

Hewitt added that he wasn’t sure whether an interim legislative committee could offer that loophole or if lawmakers would have to meet in a special session to rewrite SB 302.

Still, “this is a fixable aspect. It’s not a deal breaker or crusher to the program,” Hewitt said. “We are putting every option that we have on the table to get Nevada’s education savings accounts up and running.”

The program’s opponents remained emboldened by the initial success in Wilson’s court.

They also agreed with Laxalt that the case should appear before the Supreme Court soon.

“We want to make sure that the court has in front of it a full record and the best information possible to make a decision,” said Sylvia Lazos, policy director for Educate Nevada Now, an education reform group that supports the plaintiffs in the Carson City case.

“Secretary Schwartz knew that there would be a legal challenge and (education savings accounts) could possibly be knocked down by the courts,” she added. “So it is regrettable that (the) program was marketed so aggressively.”

In a separate lawsuit, a Clark County District Court judge has yet to rule on the American Civil Liberties Union’s arguments that SB 302 violates the state constitution’s prohibition against the use of public funds for sectarian, or religious, purposes.

“Our end goal is the same, but our legal paths are different,” Rose said.

“We’re going to continue forward with the merits of our case,” she said. “We’ll continue to take this one day at a time and continue to fight for our clients and for the taxpayers of Nevada.”