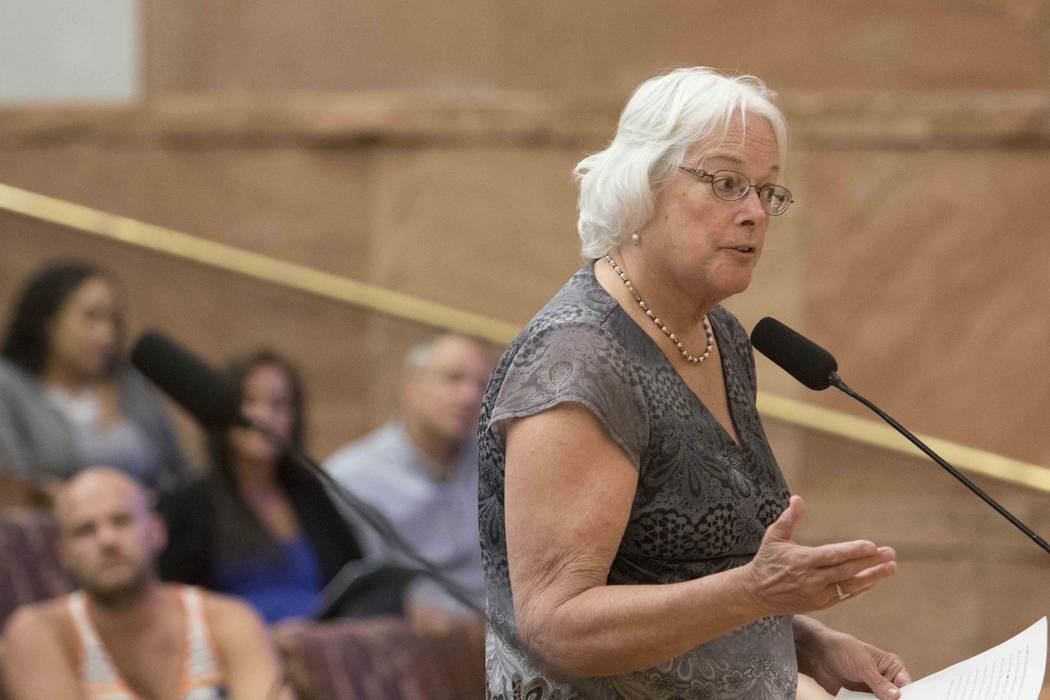 Clark County School Board Trustee Carolyn Edwards heard a rumor one day about the district’s search for its next superintendent: Jhone Ebert, a former district administrator and potential applicant for the job, had the four votes on the board necessary to land the job, she was assured.

The next day, Edwards recalled, somebody else told her that district Chief Academic Officer Mike Barton had the votes.

“Well, OK,” Edwards said she responded. “That’s nice. But I don’t think we know that.”

The churning rumor mill is just one sign that the district’s search for its next leader is heating up. Others include internal applicants for the job and conversations between some School Board members and interested candidates.

Choosing a new superintendent is always a hyper-political process, but this hunt is more complicated than the one conducted in 2013, when the district hired internal candidate Pat Skorkowsky without a search firm. This time, Clark County is casting a wide net and competing with three other large urban districts — Houston, Seattle and Los Angeles — that also are searching for their next superintendent.

Information on the current number of applicants and what experiences they would bring to the job has not yet been shared with the public. But things will become slightly clearer next Wednesday, when the School Board is expected to decide how many finalists it will publicly interview.

At least three internal candidates — Barton, elementary schools’ Principal John Haynal and Assistant Superintendent Jesse Welsh — have confirmed to the Review-Journal that they have applied.

Jeff Geihs, the district’s associate superintendent who oversees turnaround schools, was also widely expected to seek the job. But he told the Review-Journal this week that he is not — and instead has thrown his support behind Barton.

“He gets the complexities and has been here to know the talent of the internal and external players,” Geihs said in a statement. “He would hit the ground running.”

Former Houston Superintendent Richard Carranza, a previous regional superintendent, was rumored to have been a top candidate for the job. That changed when Carranza accepted the New York City schools chancellorship, leaving Houston with an interim leader as it searches for his replacement.

The superintendent searches in three other big urban markets may mean Clark County has a tougher time trying to compete, said Daniel Domenech, executive director of the American Association of School Administrators.

“There’s a good chance that among the top candidates, that you may very well have candidates that are also being considered by Los Angeles and Houston,” he said. “So it almost becomes a race between which district is going to make the decision first.”

Another aspect of the search that has caused ripples of concern in the rumor mill: board members talking to certain applicants.

Trustee Linda Cavazos said she has talked to Barton, Welsh and School Associate Superintendent Antonio Rael about the job.

Trustee Carolyn Edwards said she had talked to those three, in addition to Ebert, Carranza and San Antonio Superintendent Pedro Martinez.

Domenech said it’s not a good practice for School Board members to meet with individual applicants about a job.

“If you have individual board members having conversation with candidates for the position, right there you’re creating a division between them and other board members who are left out,” he said. “And that’s going to lead into a split board.”

But both Edwards and Cavazos said they haven’t told anyone they had their vote.

“It can get very political,” Edwards said. “But the ultimate and final decision is ours, the board, the seven of us, and I will wait until I see who the finalists are and we’ve had an opportunity to interview them.”

With a high-profile search like Clark County’s, lobbying for particular candidates is prevalent.

At a recent conference in Washington, D.C., Cavazos said, people frequently came up to her to suggest candidates.

“We had people approaching us in the elevator, in the hallways — everywhere,” she said.

Meanwhile, local interest groups are hoping the inevitably political selection process will yield the best possible successor to Skorkowsky, who will step down in June.

“I know there’s been parties behind the scenes lobbying for this and lobbying for that, which is not unusual,” said John Vellardita, the executive director of the Clark County Education Association. “But in any event, we hope it hasn’t circumvented a process that really tries to bring the most qualified person on board.”

One of the union’s top hopes is that the next leader will fix labor relations with all bargaining units.

“We’ve had three arbitrations in six years, and that’s ridiculous,” Vellardita said. “There is a serious problem here, and nobody has really taken it on.”

Community members also want a leader who can see the district’s massive reorganization through and engage with the Legislature but also stay above politics.

“In my mind, this person’s going to have to be somewhat of a magician,” said Stephen Augspurger, executive director of the Clark County Association of School Administrators and Professional-Technical Employees. “I think it’s going to be hard.”

“Maybe that would be something where you look at somebody’s past decisions and you can see that they were not influenced by popular opinion or politics at the end of the day,” she said.

An earlier version of this story omitted the name of one confirmed internal candidate, Principal John Haynal.