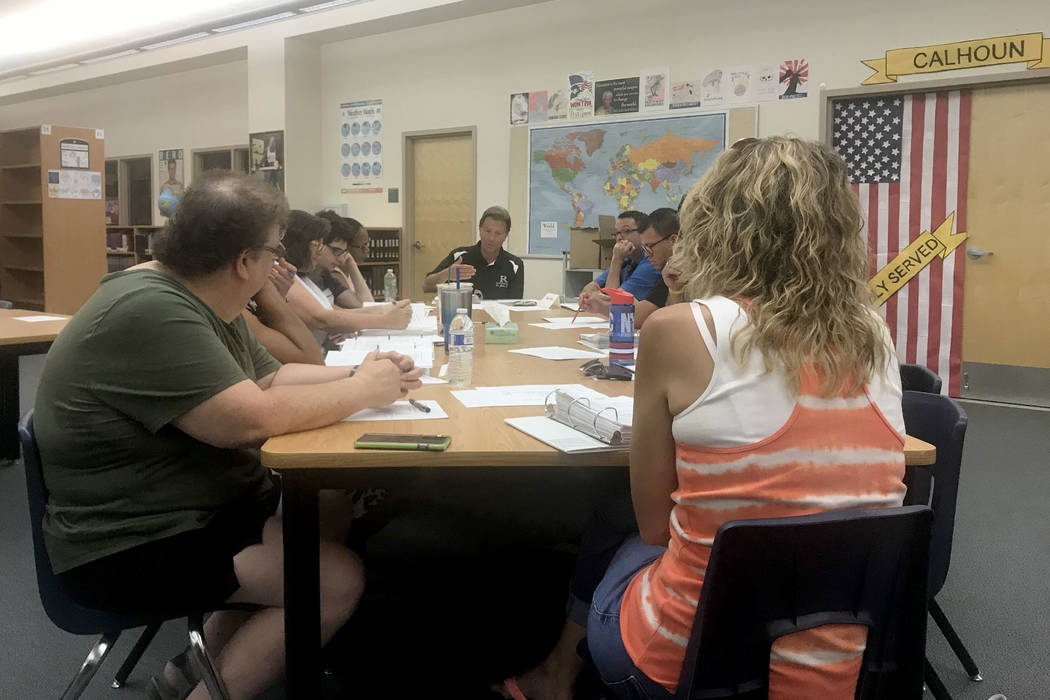 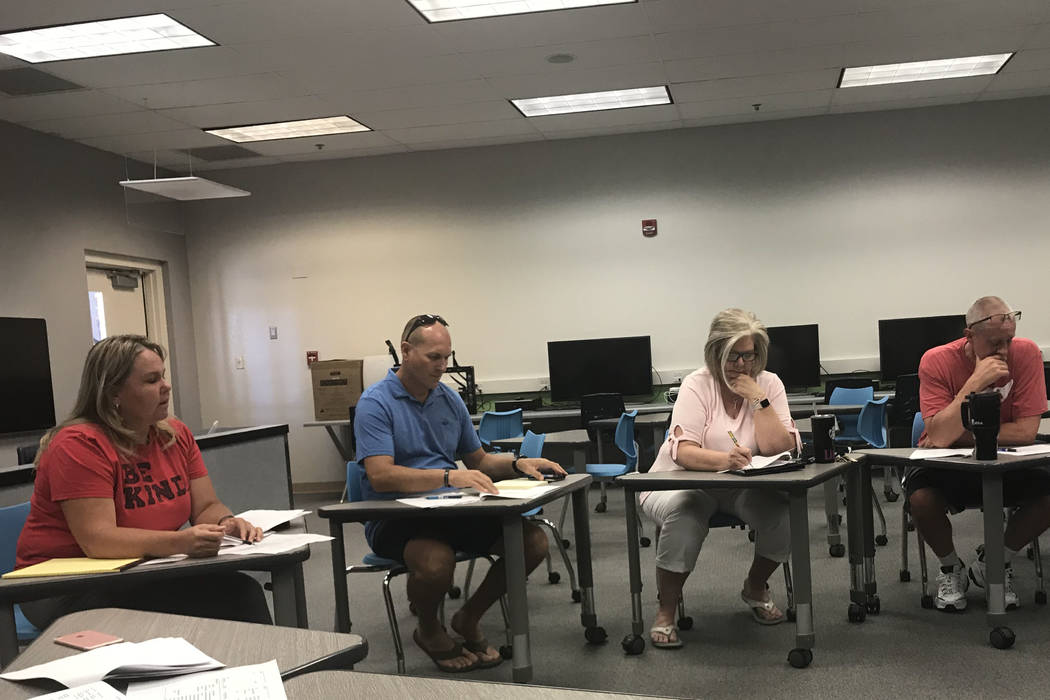 Some middle and high schools across Clark County are finding creative ways to scrape together enough money to save administrative positions threatened by recent budget cuts, but others — particularly the highest-performing schools — are being forced to make do with less.

Superintendent Jesus Jara’s decision last week to eliminate 170 dean positions to help close a deficit of roughly $17 million meant that schools had their strategic budgets cut, forcing many school organizational teams (SOTs) to meet to determine how to cope with the loss of a few administrators.

To help compensate, district staff are considering creating a new position — coordinators or behavioral interventionists — who could assist with work previously done by the deans. Schools, however, would still be responsible for funding those positions.

For lower-performing schools with high-need students, this year’s allocation of weighted funding — state money that are reserved for English language learners or students in poverty who score in the bottom 25 percent on tests — is helping schools maintain status quo.

That includes schools like Sierra Vista High School, which was able to fund two administrative positions at a cost of roughly $253,000 to do the work of the school’s two departing deans with the weighted funding and funds rolled over from the previous year.

At Johnston Middle School, the SOT was also able to use weighted funding to pay for teachers — freeing up money elsewhere in the budget. It also had money available elsewhere, including in Title I funds reserved for high-poverty schools and carryover money from the previous year.

The school hopes to potentially add one or two assistant principals to offset the loss of its two deans.

“For us, it’s … kind of (a) money shell game with the various pots of money that a school like Johnston is able to have,” said Principal Louis Markouzis.

Garside Middle School, meanwhile, plans to add two assistant principals to replace two deans through weighted funding and by eliminating a math teaching position. Other teachers will cover that position through “prep buy-outs,” in which the school pays a teacher to teach during their designated “prep” periods that are reserved for grading or other work. This move should allow estimated class sizes to remain the same.

The recent expansion of weighted funding also helped schools that wouldn’t previously have received any of that money. The funding is distributed from the lowest to highest-performing schools until money runs out. This year, the district estimates all schools with one to four stars will receive that money.

That includes Rancho High School, which previously would not have gotten weighted funding due to its four-star status. With $898,800 from that source alone, the school will be able to keep its six assistant principals — despite taking a hit of roughly $316,000 in cuts to its general budget.

“If we didn’t have SB 178 (money),” Principal James Kuzma told his school team on Monday, “We would’ve felt a lot worse.”

In suburbia, a different story

But higher-performing schools with less challenging student populations are being hit hard by the cuts.

That’s because they don’t qualify for certain pots of money, such as federal Title I dollars or weighted funding that won’t reach five-star schools.

Palo Verde High School, for example, already cut an assistant principal position in the last round of budget cuts, leaving it with three.

“It has been a tremendous amount of work for the administrative team to absorb that workload,” Principal Darren Sweikert said via email.

The school may also have to cut a couple of teaching positions in the fall, depending on final enrollment.

Meanwhile, the five-star Bob Miller Middle School will cut a number of unfilled positions to help pay $138,171 to keep an assistant principal who was previously partially funded through dean money.

That includes eliminating the counselor’s secretary, a campus security monitor, an in-house suspension supervisor and a five-hour custodian.

The school’s dean will move back to the classroom — unless the district creates the coordinator position, in which case the school hopes to pull $110,000 from its supplies budget to keep that adult on campus.

School staff, however, are preparing themselves for a school year with fewer resources.