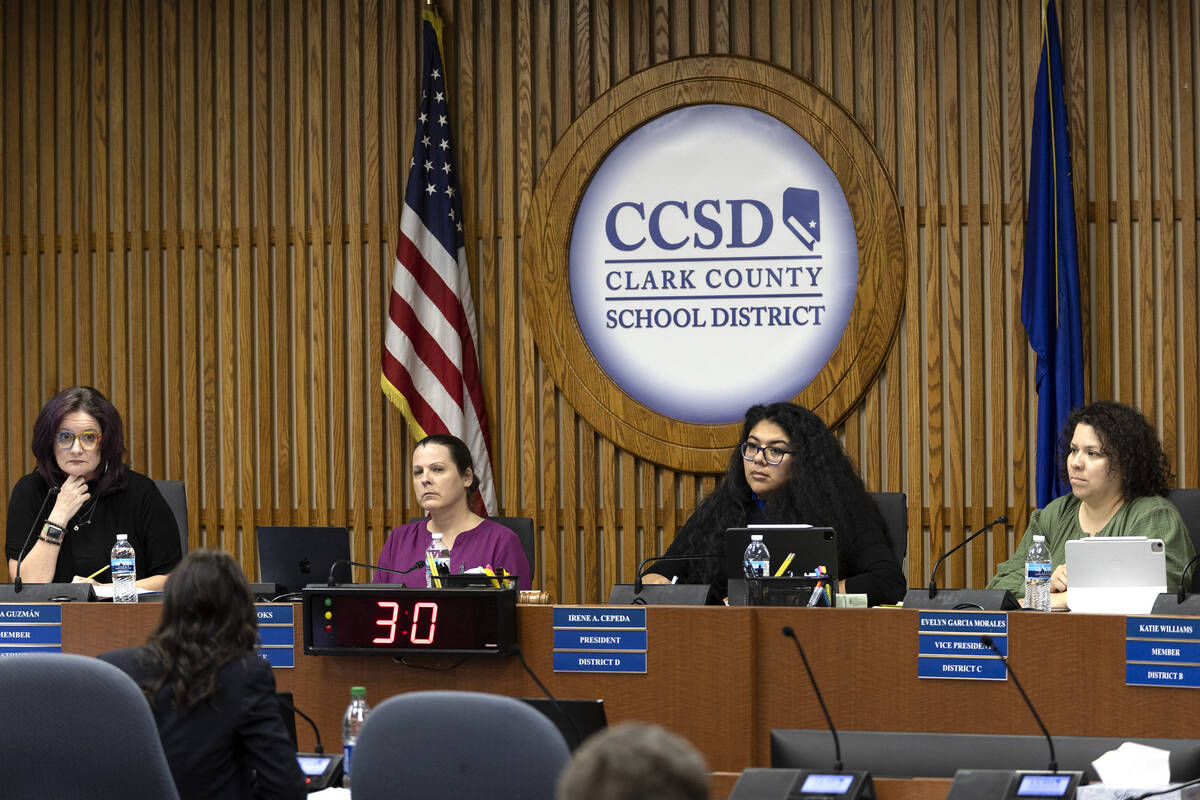 The commission reviewed nearly 60 administrative regulations and unanimously approved the vast majority — including three related to the reorganization law — in one batch without any discussion.

The 2017 reorganization measure, passed by the Legislature, is designed to give individual schools within the Clark County School District more control over decisions such as hiring and budgeting.

During a public comment period, Kenneth Paul — former principal of Lyon Middle School in Overton — said the regulations are critical because “CCSD central administration continues to prove they have no intention of complying with the law.”

Ed Gonzalez, a community member representative on Hickey Elementary’s school organizational team, also said he was in support of the reorganization regulations.

The regulations aim to get the school district to comply with the law the Legislature passed, he said.

The goal of the law was to ensure dollars are handed down to schools and to “give principals the accountability and also the autonomy to be able to do what’s best for the community,” Gonzalez said.

The frustration over the years, he said, is not seeing that happen.

The reorganization law applies to Nevada school districts with more than 100,000 students, but currently, only the Clark County district — the nation’s fifth-largest with about 300,000 students and more than 360 campuses — falls into that category.

The Legislative Commission’s action Tuesday followed the Nevada State Board of Education’s vote in July to approve a regulation with consequences for noncompliance.

It includes a series of steps the superintendent of public instruction could take, such as issuing a notice of noncompliance, requiring a corrective action plan, or appointing one or more compliance monitors.

In July, the state board of education decided in a split vote to delete a proposed section about receivership. Vice President Mark Newburn called it a goodwill gesture toward the school district.

On Tuesday, the Legislative Commission also passed a couple of other regulations related to the reorganization law — a dispute resolution process for issues related to a member of a school organizational team and “defining other staff who work under the direct supervision of the principal,” according to online meeting materials.

In July, the Clark County school board received a state notice saying it was violating the portion of the reorganization law that requires a dispute resolution process. Trustees voted unanimously in August to submit a corrective action plan.

Earlier this month, the school board approved a notice of intent to adopt a reorganization policy that includes a dispute resolution process. It will come back to the board Oct. 13 for possible approval.