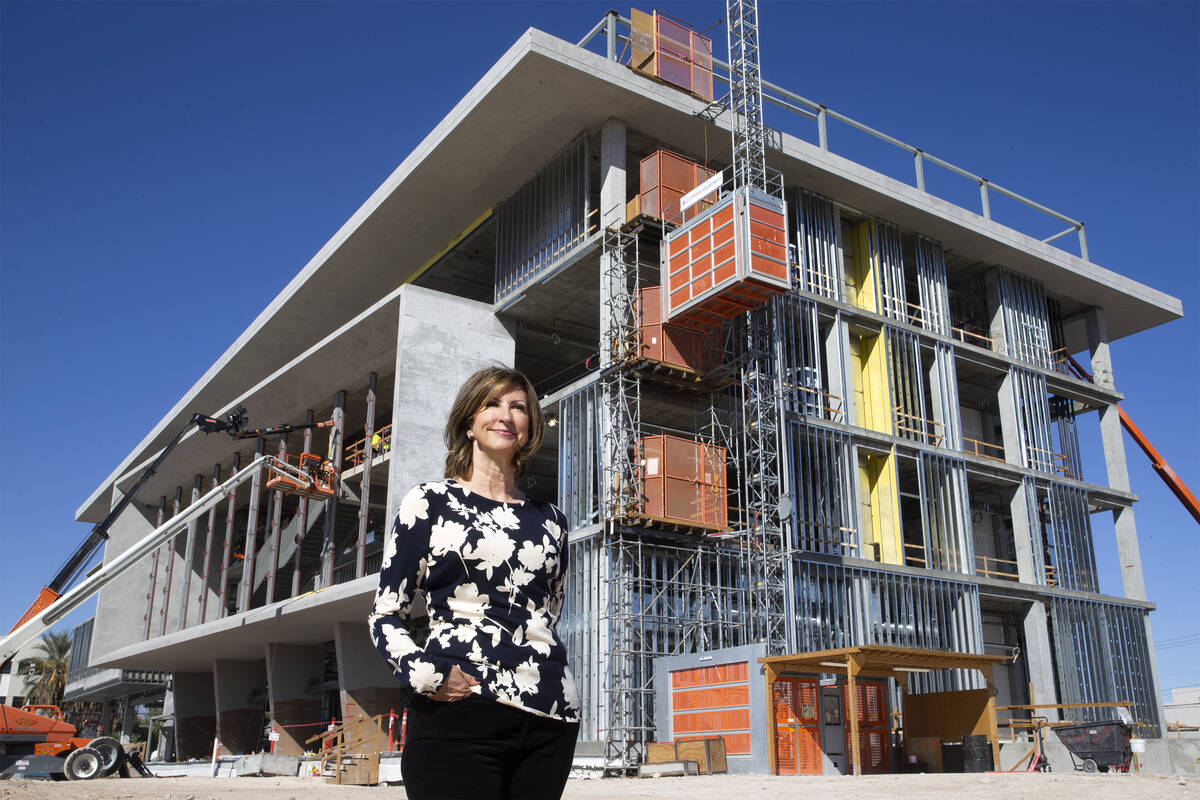 Philanthropist Kris Engelstad McGarry, of The Engelstad Foundation, in front of the construction site for The Kirk Kerkorian School of Medicine on Friday, Oct. 15, 2021, in Las Vegas. The new site for the UNLV School of Medicine was made possible by the Nevada Health and Bioscience Corp. (Ellen Schmidt/Las Vegas Review-Journal) @ellenschmidttt 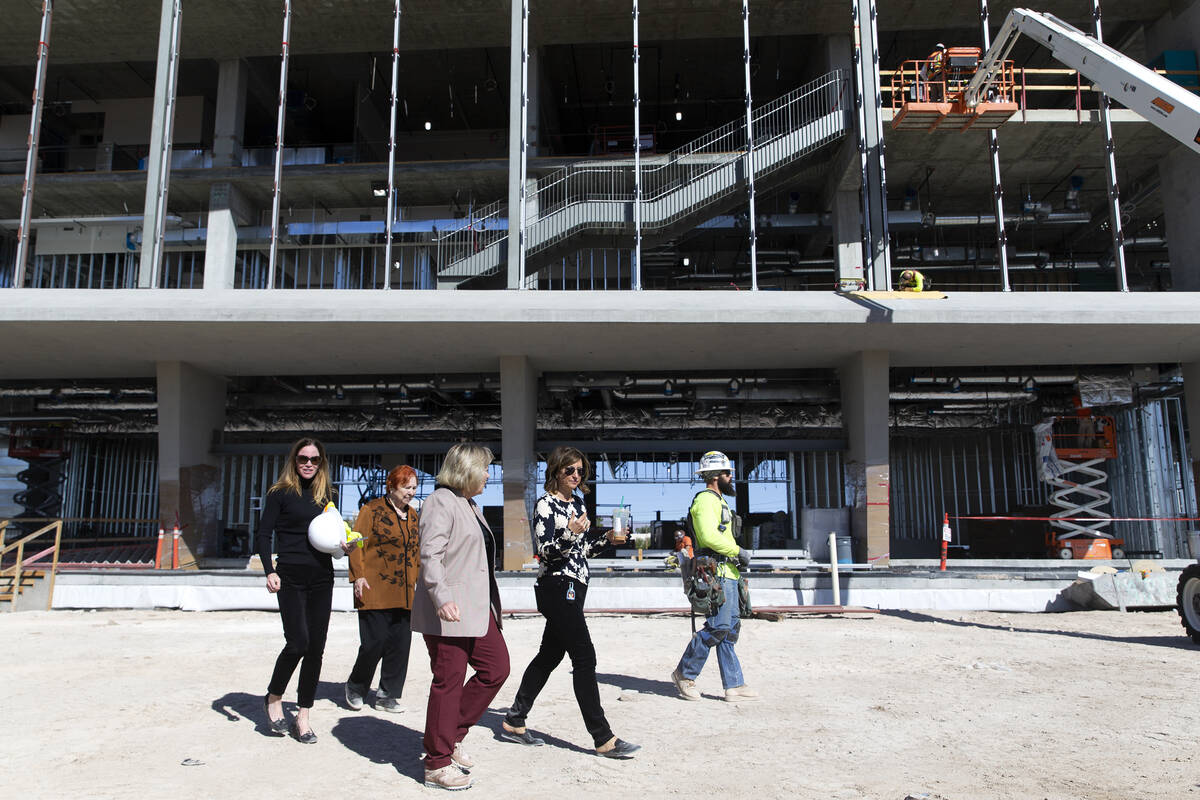 Philanthropists that helped fund The Kirk Kerkorian School of Medicine tour the buildingճ construction site on Friday, Oct. 15, 2021, in Las Vegas. The new site for the UNLV School of Medicine was made possible by the Nevada Health and Bioscience Corp. (Ellen Schmidt/Las Vegas Review-Journal) @ellenschmidttt 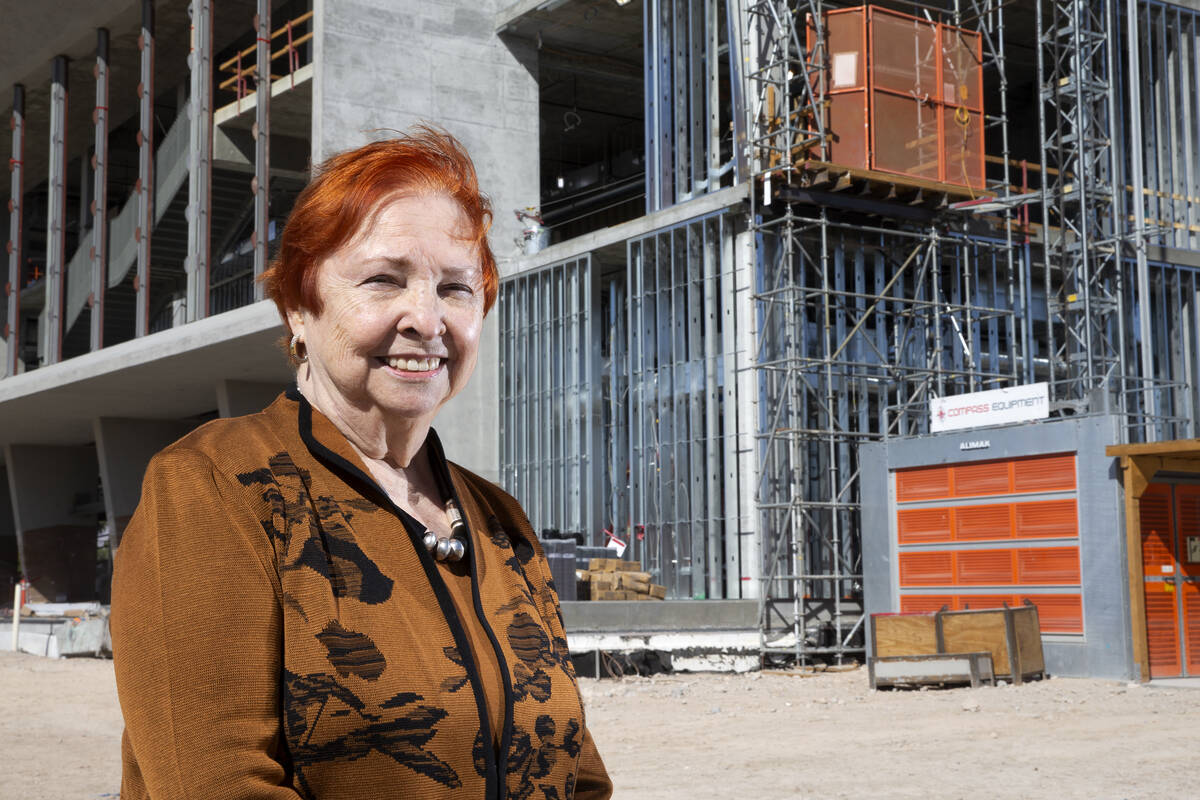 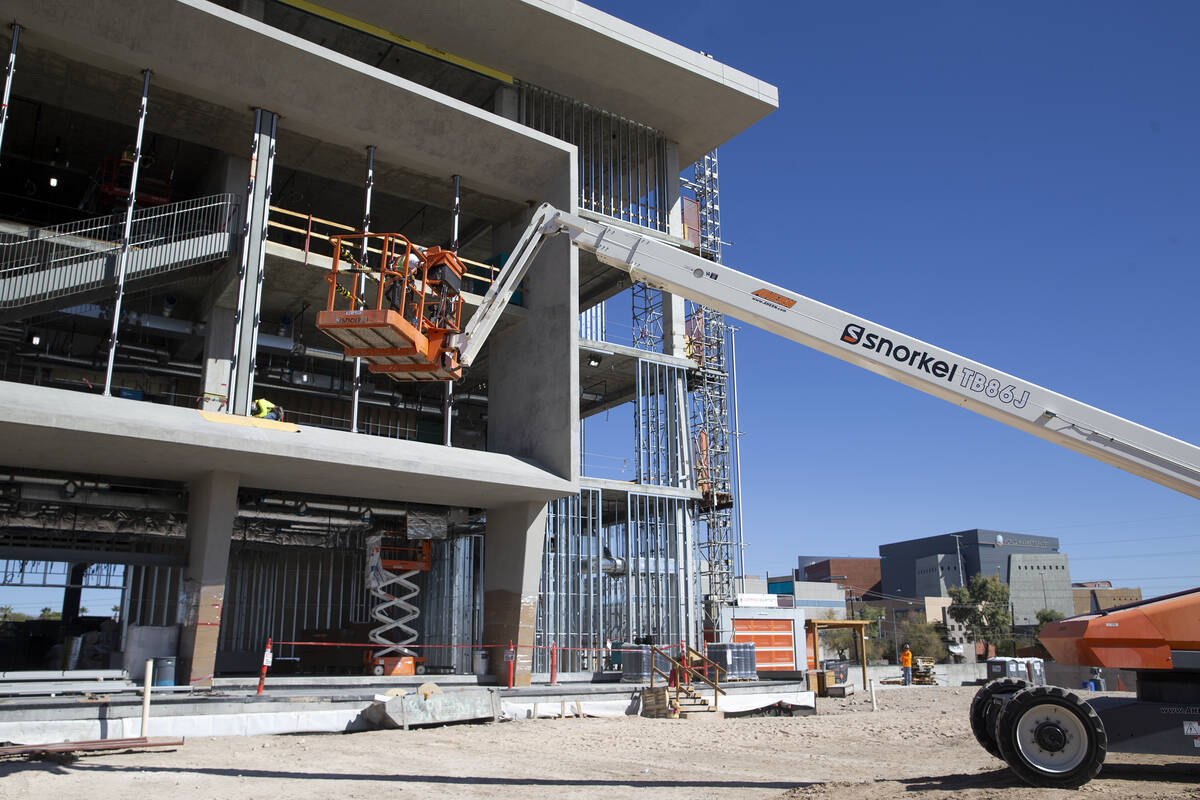 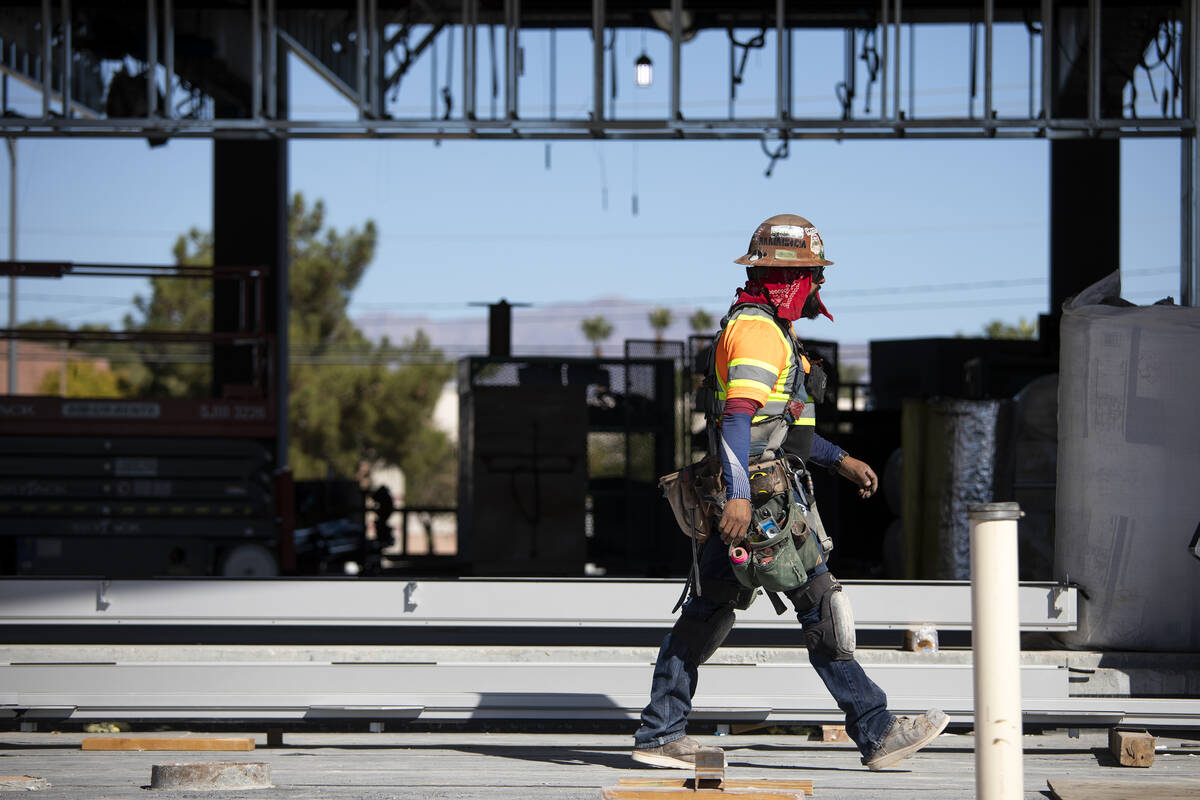 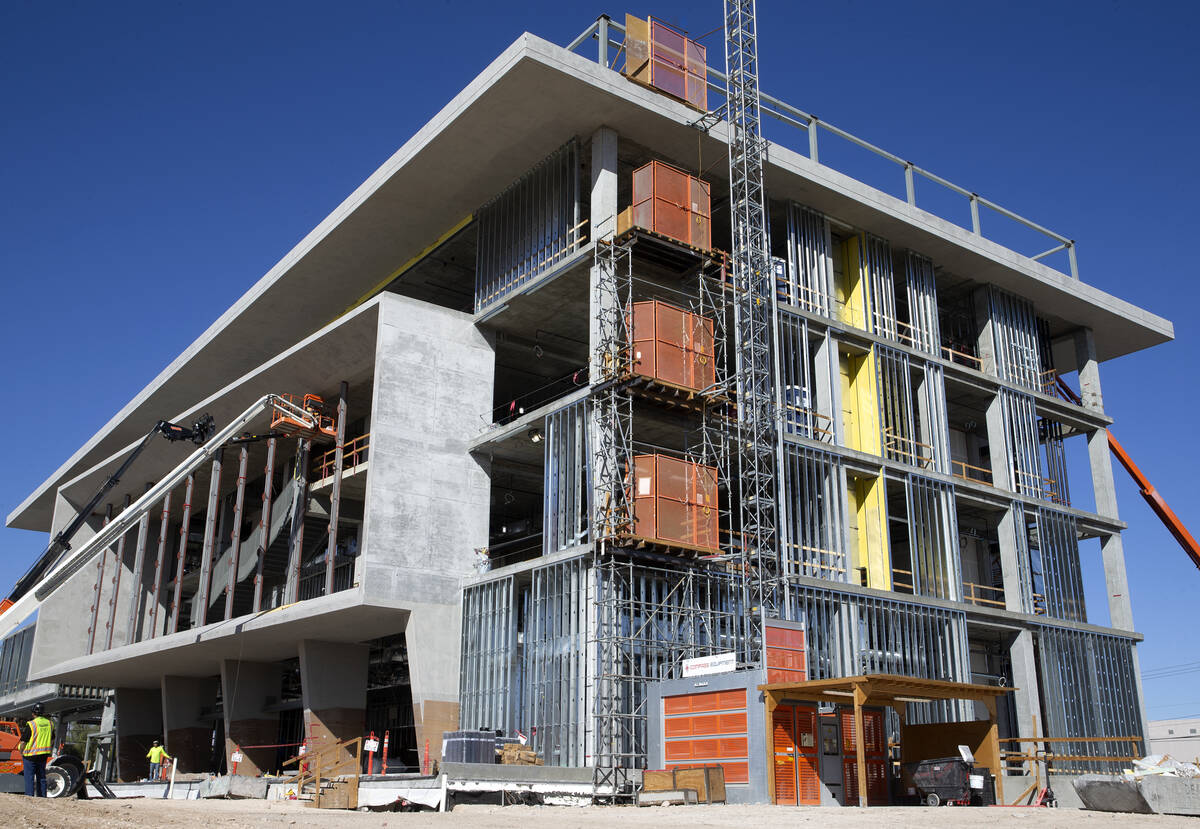 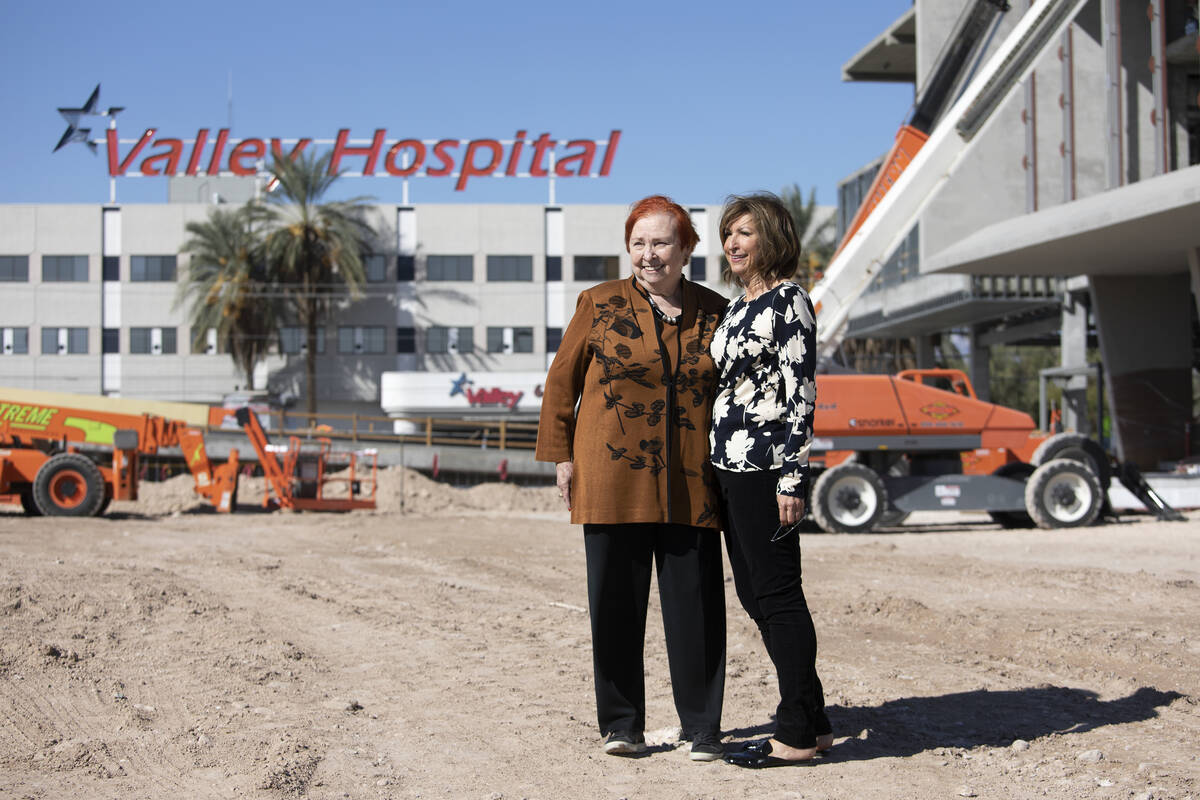 Kris Engelstad McGarry has made no secret of her difficult relationship with the Nevada System of Higher Education’s Board of Regents.

In fact, she credits that tension as an unintentional catalyst leading to the building of a multimillion project for University of Nevada, Las Vegas’ medical school building.

The challenging relationship opened a door to a new way for donors to get involved with higher education in the Silver State.

“It’s probably the only time you’ll hear me say this, but I have the regents to thank for it,” McGarry, trustee of the Engelstad Foundation and a longtime Las Vegas philanthropist, said. “Had they not been so difficult, we would never have found the necessity to go ahead and form this group, to self-fund and do it on our own.”

The Nevada Health and Bioscience Corporation was established in 2019 after years of back-and-forth between donors and the Nevada System of Higher Education, most notably when Engelstad withdrew a $14 million pledge for the project because then-UNLV President Len Jessup left his role. Later, regents considered financing the school’s home base through a bond measure, according to previous Review-Journal reporting.

Instead, the NHBC, a nonprofit organization made up of several local philanthropists who wanted to contribute to the Kirk Kerkorian School of Medicine, combined their funding and a $25 million contribution from the state.

Other philanthropists on the project include MaryKaye Cashman, of Cashman Equipment; Lindy Schumacher, of the Lincy Institute; and Marianne Johnson, of Boyd Gaming. The team worked with the School of Medicine’s founding dean Barbara Atkinson on the project.

“This announcement marks a turning point for Nevada in creating a culture of philanthropy that will encourage other individuals and families to contribute to projects and causes that will have positive outcomes for our state,” Gov. Steve Sisolak said in 2019, when the donor-led plan was announced.

The approximately 135,000-square-foot building, on Shadow Lane in Las Vegas’ medical district, is ahead of schedule and expected to open in June. It will have educational space, lounge areas, a digital library and breakout rooms. The fifth floor will house medical school administration, faculty offices and conference areas.

Though the public-private partnership is unusual in Nevada, Engelstad said she took the idea from her father. Ralph Engelstad created a development corporation that owns and operates the Ralph Engelstad Hockey Arena at the University of North Dakota. The family’s foundation donated $110 million to build the facility and handles maintenance and upkeep as part of a 30-year lease to the university.

The medical school’s building will operate similarly. UNLV and the NHBC entered a triple net lease, at $1 annually for the first five years, officials said.

‘Working out for the best’

“I think it definitely ended up working out for the best,” Kahn said. “As public entities move forward in this community, for buildings and other capital projects, these triple-Ps, or public-private partnerships, are good way to go. It’ll be a way for the medical school (and) the university to get facilities that they need without solely relying on state funds, which are limited and limited by taxes and limited by priority and everything else.”

“Innovative funding methods and unique collaborations such as public-private partnerships not only create financial opportunities for higher education institutions, but also strengthen relationships within the communities that colleges and universities serve,” Rose said.

She noted that NSHE and the Board of Regents have long supported the use of such private partnerships throughout Nevada’s public higher education system.

”The Kirk Kerkorian School of Medicine building is a great example of how NSHE institutions can work with the private sector to fund capital projects that are essential to serving our students and communities,” Rose said in the statement.

A notable result of the new process has been a faster process without bureaucracy, stakeholders said.

“It was wonderful to work with the corporation because they could make decisions, and make them quickly and move quickly,” Atkinson, the former dean, said. “They did all the same things that the state would have done, but the state would have taken much longer to actually get it all accomplished.

“I don’t think anybody but a private corporation could have actually incorporated it all and got it done so quickly,” she added.

The pace of the project was important, Atkinson said. The medical school needed to prove they had a long-term space established to get full accreditation, a step that occurs when the first class of students enters their fourth year. The school was granted full accreditation in February.

But beyond that, having the building gives the school a place for students to learn collaboratively in one space and to accommodate larger classes, she said. The building, combined with full scholarships for the charter class that graduated in spring 2021, were all part of the larger effort to make the medical school a reality.

“The donors have done more than just donate money,” Atkinson said. “They have been really part of making the whole thing happen and making it happen in a first class way and not compromising on quality, or anything as we went along.”