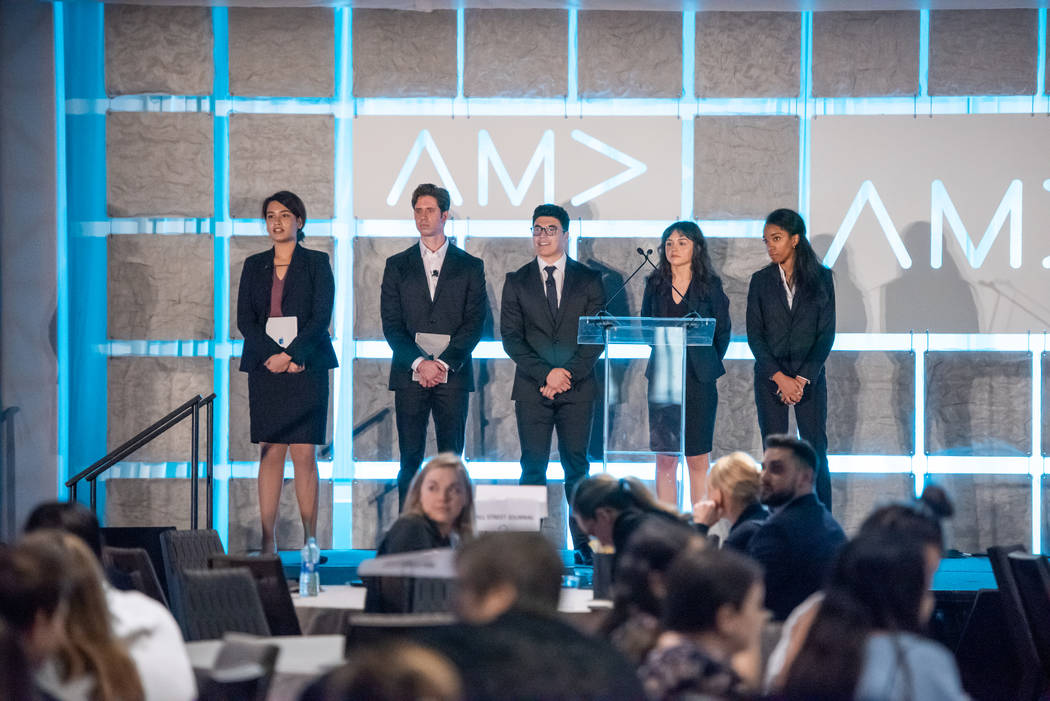 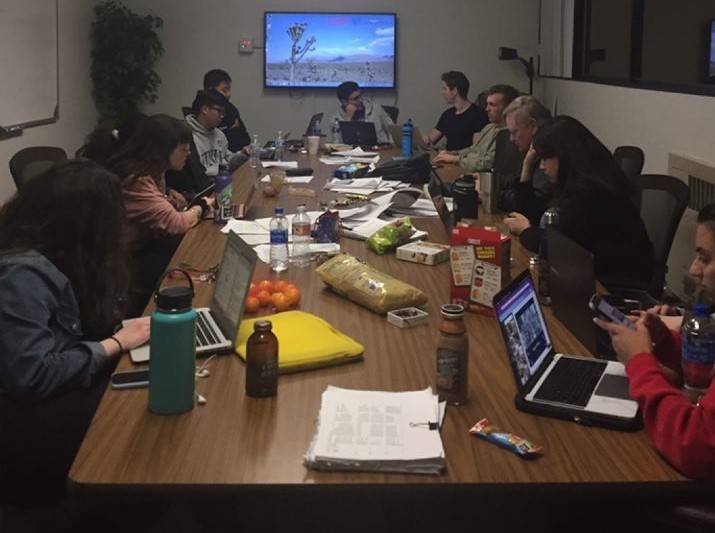 Students work the night before they finished their case. (Layla Muhammad) 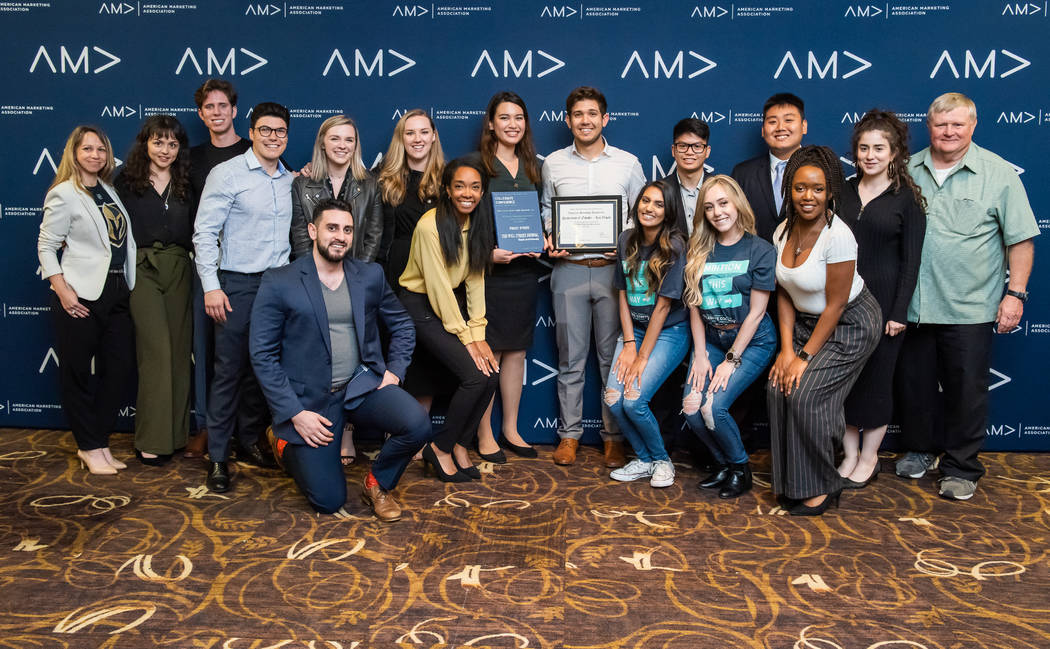 After 15 years of intense competition and finishing as the runner-up twice, UNLV’s American Marketing Association team won first place — and $3,000 — in the collegiate case competition in New Orleans during the AMA International Collegiate Conference last month.

UNLV’s team includes 12 undergraduates who competed against students from 380 other AMA chapters worldwide. The students put together a marketing plan for a sponsoring organization. This year UNLV students were sponsored by The Wall Street Journal, which asked the students to develop a marketing plan to “freshen the paper’s perception and grow membership, particularly among college students,” according to the Lee Business School.

There are 350 collegiate AMA chapters nationwide with 12,000 student members.

For its case, Layla Muhammad said, the team developed a plan to help The Wall Street Journal offer students content to help them succeed in their careers. An example: adding web content that included “how to dress for a meeting” or “how to ask your boss for a raise.”

Demetrios Philippou, UNLV AMA president, said the students put in thousands of hours of work over the course of a year, sacrificing nights and spring break.

Muhammad, vice president of communications for UNLV AMA and a presenter for the competition, said the group finished the case at 5 a.m. Dec. 5. The group found out it made the finals in February.

“It was hard because the hours we were putting in, it always felt like none of us had enough time to make it perfect,” Muhammad said. “As a team, the five of us presented and stayed as a team and believed in each other. That’s what got me through: the people on stage. We kept faith in each other.”

When UNLV was announced as the winner, Muhammad said, her heart “had never beat that fast.”

“After almost a year of working on this, there was a sense of relief; all of us could breathe after that,” she said.

Muhammad and Philippou said the teams owed a lot to their adviser, Dr. Jack Schibrowsky, a marketing professor at UNLV.

“Dr. Jack was there every minute of every day,” Philippou said during an end-of-the-semester event put on by Lee Business School. “When we get down on ourselves and run into a problem, he picked us up and tried to get us going again,” Philippou said.

The case competition presenters will outline their marketing strategy to The Wall Street Journal’s Global Marketing Team in New York City on June 3.

The group competed against 30 teams in different “worlds,” with five teams in each world, Philippou said.