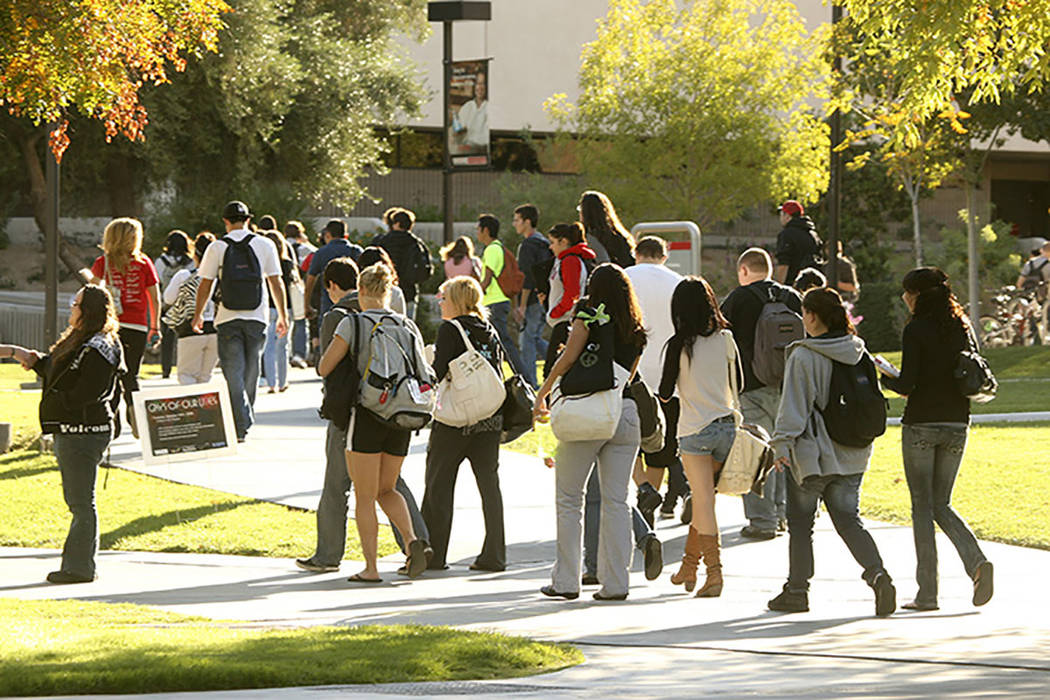 For the second year in a row, UNLV has been named one of the most diverse undergraduate campuses in the nation.

The university is in a two-way tie for first on the annual U.S. News &World Report list that ranks schools on ethnic diversity.

“I think it indicates a richness at our university, a richness of perspective and a richness of backgrounds that can only enhance the educational experience,” UNLV acting President Marta Meana said.

The formula for the ranking factored in the proportion of minority students — excluding international students — and the overall mix of groups in each institution’s student body for the 2016-17 school year. Categories included African-American, Hispanic, Native American, Asian-American, Pacific Islander, white and multiracial.

UNLV achieved a diversity index of 0.76, with the report noting that 29 percent of the student body is Hispanic. Rutgers University in Newark, New Jersey, is tied with UNLV. The closer a school’s number is to 1.0, the more diverse the student population.

Thom Reilly, chancellor of the Nevada System of Higher Education, is proud of the designation, which reflects the diversity of Nevada — a majority-minority state. However, he said it puts “enormous pressure” on the university to close the achievement gap between minority students and white students.

“We simply have to do a better job with graduation rates,” he said. “Access without success does not equal opportunity.”

Meana said that the university is focused on closing the achievement gap and ensuring that faculty diversity mirrors student diversity.

“We’re not where we want to be, for sure,” she said. “I think we need to highlight how important it is.”

In 2015, UNLV became the first four-year institution in Nevada with a Hispanic enrollment rate of 25 percent, meeting the U.S. Department of Education’s definition of a Hispanic Serving Institution.