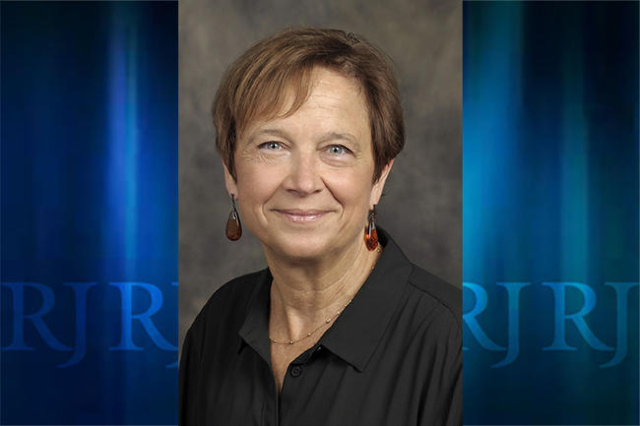 UNLV has selected a new executive vice president and provost to serve as the school’s second-in-command under President Len Jessup.

Diane Chase — vice provost of academic program quality at the University of Central Florida — will assume the new role May 1, UNLV officials announced Wednesday. Chase joined UCF in 1984. She led accreditation efforts there and was a member of the president’s advisory staff.

“UNLV is a lot like the place I come from,” Chase said, noting that both UNLV and UCF are young universities in tourism-heavy communities. “And they both punch above their weight class.”

Chase’s predecessor, who was a finalist for the vacant UNLV presidency two years ago, announced his resignation in February 2015. John White since has been an adviser to Jessup and will return to UNLV’s Boyd Law School as a professor in June. Longtime UNLV law professor Nancy Rapoport, meanwhile, has filled in as White’s temporary replacement.

A search committee has sought to find White’s successor since August and reached out to more than 250 potential candidates, said UNLV business school Dean Brent Hathaway, who oversaw the effort.

“We had a really strong pool, and Diane quickly emerged as one of the strongest,” Hathaway said. “Her background is just exceptional.”

Chase received a doctoral degree in 1982 from the University of Pennsylvania and has been a UCF archaeology professor since 1984. Her academic work focuses on the ancient Maya of Central America. For more than two decades, she has co-directed excavations in Caracol, Belize.

As UNLV’s chief academic officer, Chase will lead all faculty and oversee the school’s curriculum. She’ll play a key role in the school’s ongoing effort to become a better-recognized research institution.

“Her rich experience at UCF aligns with our vision at UNLV,” Jessup said in a prepared statement. “Diane is a dynamic leader whose expertise as a faculty member and administrator will benefit UNLV greatly.”