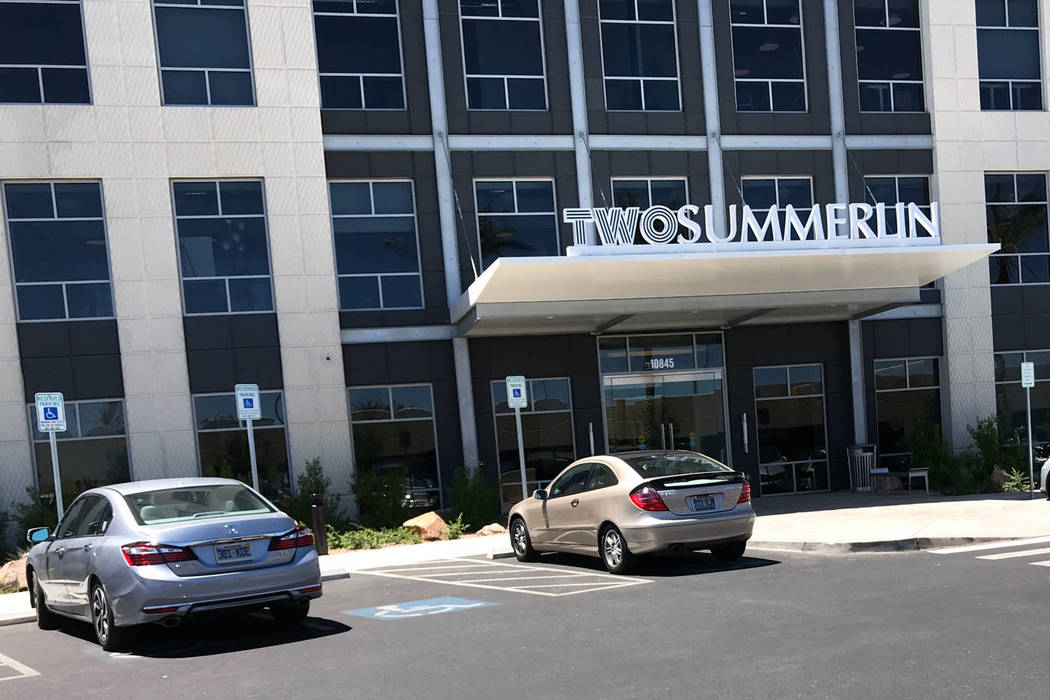 The exterior of Two Summerlin is seen. (Herb Jaffe) 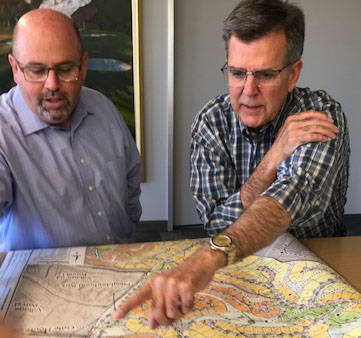 If you’re one of the many who view Downtown Summerlin as the newest “in place” in Las Vegas, as it prepares to celebrate its fifth anniversary, well “you ain’t seen nuthin’ yet.” That’s according to two high-level executives at The Howard Hughes Corp., which developed most of this 400-acre epicenter of activity.

You talk to Andy Ciarrocchi, vice president of management and operations for Hughes Corp. — the guy who day-to-day oversees Downtown Summerlin — and he’ll tell you “we have already provided over 90 percent of what people want.” But there’s much more to come.

Tom Warden, senior vice president of community and government relations for Hughes Corp., talked about the community’s future. “As amazing as this place is today, we’re only in the early stages of Downtown Summerlin.” He then spoke of how he envisioned a far more dynamic center of activity “10 years from now,” once the remaining 160 acres of Downtown Summerlin have been developed.

The first phase of Downtown Summerlin consists of 106 acres of retail, office and restaurant businesses. Another 200 acres of contiguous property includes City National Arena and Las Vegas Ballpark and will eventually include more than 4,000 residential units and other business activities.

And yet it was only Oct. 9, 2014, when approximately half of the 130 retail outlets in one of the country’s fastest-growing commercial, entertainment, restaurant and residential complexes was formally opened under the banner of Downtown Summerlin.

That was shortly after five years of the worst financial nightmare to hit Las Vegas since the Great Depression of the 1930s. From 2008 to 2013, a partial steel frame structure stood weather-beaten in the middle of a desert as a stark reminder of the recession.

“That steel skeleton was a symbol of the recession, just as the office building it became is now the symbol of resurgence,” Warden commented.

So how do you measure the growth and popularity of dining, retail shopping and entertainment in Downtown Summerlin in so short a timespan?

“I can tell you that in our first four years we grew by 30 percent,” Ciarrocchi said, referring to customer activity. “In one year alone, which ended in 2018, we grew by 10 percent.”

Ciarrocchi made the point that out-of-state retailers bent on locating in Las Vegas “are more inclined to think of the Strip. But I can proudly say we have developed a very popular retail and restaurant market here in Summerlin.”

He noted that with the exception of “two under-performing restaurants whose leases were terminated and replaced by two successful restaurants,” all of Downtown Summerlin is occupied.

Office space in the community is equally in demand. The nine-story office tower at 1980 Festival Plaza Drive, in the center of Downtown Summerlin, is better known as One Summerlin. It began as the haunting steel frame that sat idle for five years during the recession. Today it is fully occupied.

“What we have here is a world class community that continues to evolve,” Warden said of Downtown Summerlin.