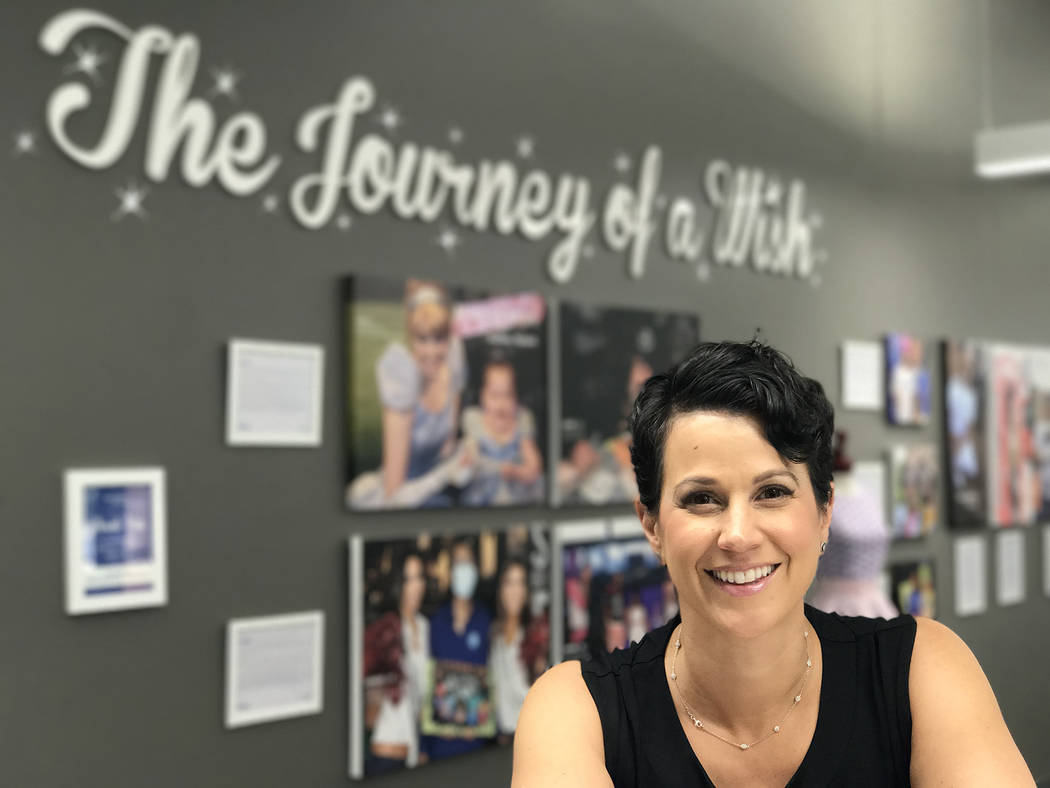 Summerlin can take much pride in becoming home to the Southern Nevada chapter of Make-A-Wish. It’s one of the most caring and compassionate organizations anywhere, dedicated exclusively to improving the lives of children who have life-threatening medical conditions.

Summerlin also can take pride in being home to Allegiant Airlines, the company whose enormous generosity made it possible. Although the relationship nationally between the two was established six years ago, how they came together in Summerlin is indeed an inspiring story.

But first there are some basic explanations.

For Allegiant Airlines, there is sheer admiration. That’s because of the $1.5 million it contributed to renovate 7,000 square feet of office space at 9950 Covington Cross Drive, which it also donated to Make-A-Wish. In fact, the front door of what was once an integral part of Allegiant’s home offices is now the entrance to The Wishing Place.

For Summerlin, the ceremonial connection between Make-A-Wish and Allegiant was welded in February, when the new home of the Southern Nevada chapter was formally opened. Make-A-Wish, with affiliations in 50 countries, has 62 chapters in the U.S. Allegiant has prioritized flights for more than 800 Make-A-Wish kids to medically related destinations in the U.S.

“We would not be here were it not for the enormous generosity of Allegiant Air,” said Ciocca as she led me on a tour of The Wishing Place. It is an appropriate name for the newly designed interior.

Each child afflicted with a life-threatening condition is encouraged to make one big wish upon a star, and as you walk from one room to the next the potential for those wishes to come true becomes increasingly alive. From the inspiring Family Room, to the Wishing Counter and its jars of candy, to the Allegiant Hangar Room, with its more than 150 words of inspiration.

Then there’s the Wish Planning Room, where children and adults close to them are encouraged to craft together. Ciocca said that special boxes in this room are for kids, who are asked to fill them with items that might best illustrate their one big wish.

“Each child is asked, if you have one wish, what would it be?” she explained.

We entered the Retreat Room, which deals with fragile situations. The Wall in the room “is the journey of a wish. It tells stories of 22 children whose wishes were granted,” Ciocca noted.

There is a world of significance in these and other rooms. But what about the story of how it was all created, thanks to Allegiant Air?

“We had a nice office before we came here,” Ciocca said, referring to Make-A-Wish’s former facility on Decatur Boulevard. “But it really wasn’t configured to our needs, not like this.

“So I made an overture to Brian Davis, vice president of marketing and public relations for Allegiant. My email said, ‘I know this is a crazy idea, but could Allegiant donate some space to Make-A-Wish, so we can be a part of your campus?’ His response in less than 48 hours was, ‘Yes.’

“That was my one big wish,” Ciocca continued. “And truly, it turned out to be more than I expected.”

Jana Leonard, manager of DOT compliance and small claims at Allegiant, explained her company’s role regarding Make-A-Wish: “If a Make-A-Wish child is in need of flying, we try our best to accommodate their comfort as well as the flight.”

Herb Jaffe was an op-ed columnist and investigative reporter for most of his 39 years at the Star-Ledger of Newark, New Jersey. His most recent novel, “Double Play,” is now available. Contact him at hjaffe@cox.net.