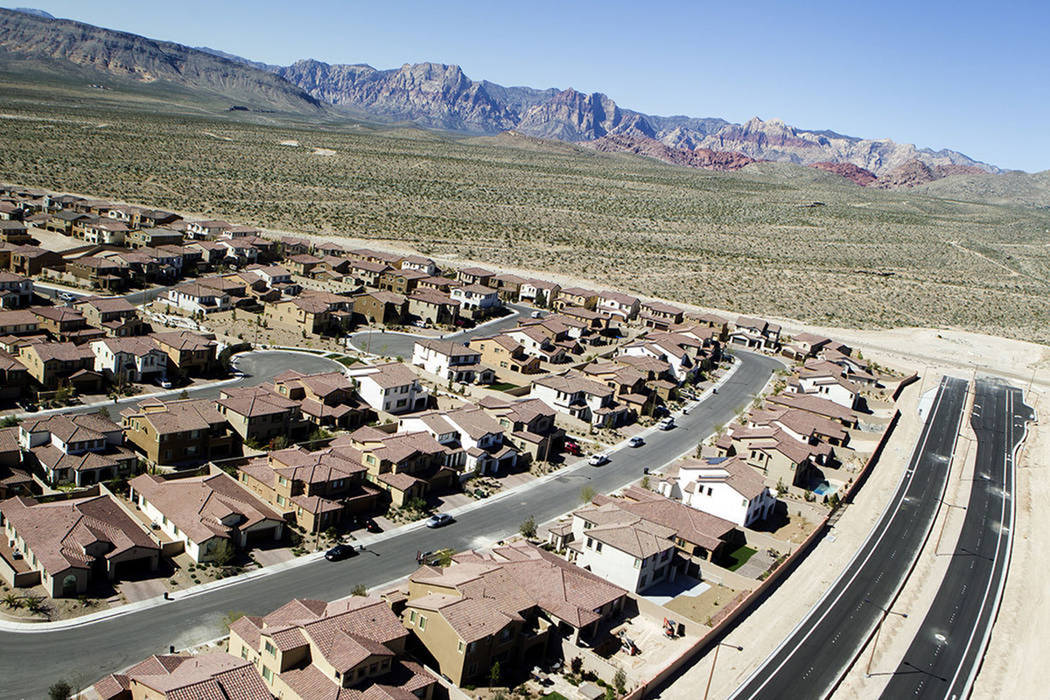 The short of it is that the supply of houses for sale in and around Summerlin has been nowhere near meeting the overwhelming demand. As a result, values of homes have been soaring through their roofs.

In a nutshell, property in Summerlin — which, ironically was labeled a desert wasteland as recently as the mid-1950s and which sold then for as little as $2 and $3 an acre — is now among the hottest real estate commodities in the nation. That was what Howard Hughes, the wealthy eccentric of yesteryear, paid the federal government for much of the nearly 25,000 acres we now know as Summerlin.

But according to SalesTraq, the real estate arm of Applied Analysis, the highest median sales prices for homes in the Las Vegas Valley are being recorded in Summerlin. Applied Analysis is a major Nevada economic research and analysis firm.

The economic and sociological reasons are numerous. Suffice it to say that homebuyers keep coming to Las Vegas, and especially to Summerlin, at a pace that far exceeds builders’ ability to produce or the housing market’s ability to provide sufficient resales.

For one thing, Clark County’s population growth was the second-highest in the country in 2017, according to the U.S. Census Bureau. For another, that was an upward bump from having the third-highest county growth rate in the nation only the year before, which in itself is reason enough to understand the inability to meet housing demands.

And while the desire for one-family housing is well in excess of the supply, the demand for affordable rentals throughout the valley is even more imperative. The Census Bureau also reports that 55 percent of Nevadans own their homes, remarkably low compared with other states. Thus the high number of rental homes.

There are many reasons for the relocation of large chunks of population from different sectors of the country. Severe weather is one, especially after this past winter in much of the country. A rebounding job market in Southern Nevada is another, compounded by no state income tax and numerous other economic factors, including cost-of-living numbers that are bringing hordes of Californians.

But Summerlin remains high as a priority location for home-seekers. The Review-Journal reported in March that “home prices climbed in every ZIP code in the Las Vegas Valley last year amid strong demand and plunging availability.” The report added that the “newer, more affluent suburbs posted the highest overall prices, according to Applied Analysis’ SalesTraq.”

It went on to explain that “for the third consecutive year (2017), the highest median sales price is in the 89138 ZIP code, around Alta and Desert Foothills Drives in Summerlin, at $385,000.”

Just behind that is ZIP code 89135, which also is in Summerlin and according to SalesTraq had a median sales price of $378,999.

In a recent review of the housing supply problem, versus increasing demand, Chris Bishop, a Las Vegas Realtor who is president of the Greater Las Vegas Association of Realtors, said “our biggest problem continues to be our lack of inventory.” He added, “At the same time, local home prices aren’t even close to their peak.”

Bishop went on to say that Southern Nevada has less than a two-month supply of homes for sale, when a six-month supply is considered a normal market.