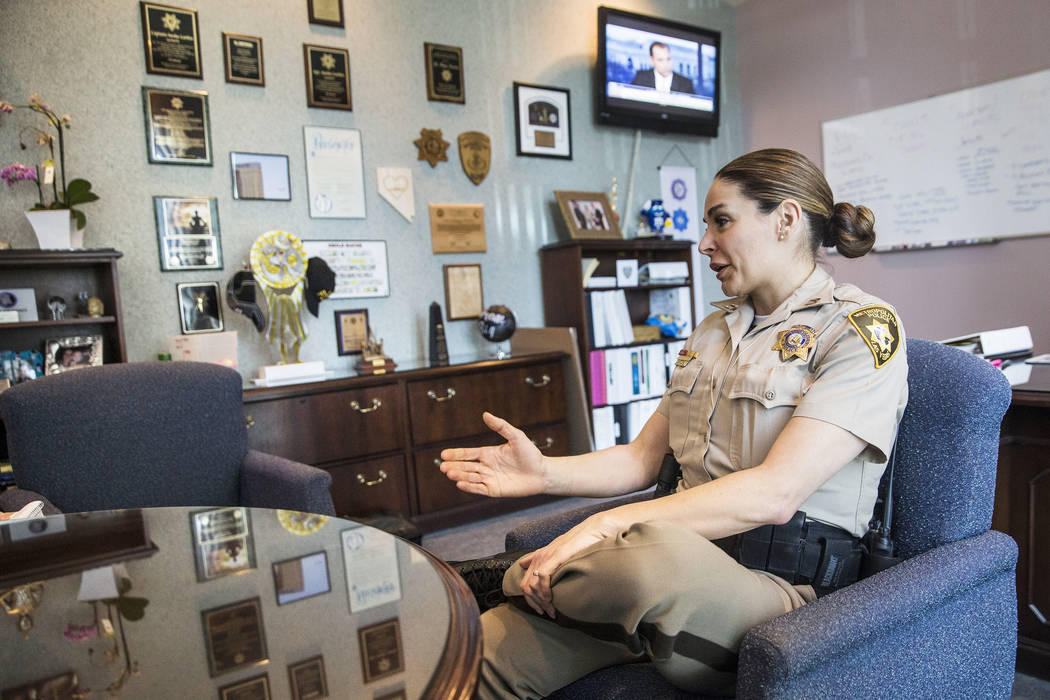 Completion of the new Metro substation in the heart of Summerlin this fall will finally bring to fruition a stronger police presence that will be equipped to provide quicker response capabilities to serve the entire Summerlin community.

It will also symbolize a major step forward in making Summerlin the self-contained, master-planned community it was designed to be by The Howard Hughes Corp.

The substation, which will become the 10th police headquarters in Las Vegas, is being built in a newly developed area just west of the 215 Beltway, between Summerlin Parkway and Far Hills Avenue.

Although construction of the new police facility in Summerlin was proposed as far back as the mid-1990s, the substation, which is being financed by The Howard Hughes Corp., had been on hold, largely due to lingering effects of the recession.

“It will be a fully complemented, single-area command with responsibilities just for all of Summerlin. And that will relieve much of the load on this command, as well as the two other commands which presently serve parts of Summerlin,” said Capt. Sasha Larkin, who heads the Northwest Area Command at 9850 W. Cheyenne Ave. Larkin pointed out that the new facility will be similar in appearance to the Northwest substation.

“The new substation has been long in coming, but it is part of our total commitment to Summerlin,” noted Tom Warden, senior vice president of community and government relations for The Howard Hughes Corp.

Warden, who spoke at the recent First Tuesday presentation in the Northwest substation, provided a visual and verbal explanation that showed how continuing growth patterns in Summerlin, presently and into the future, have lent credence to why construction of the new Metro station has become an immediate necessity.

“At present, Summerlin has a population of about 110,000,” Warden said. He explained that while some 6,000 of the approximately 22,500 acres that make up Summerlin still remain to be developed, much of the present emphasis is on construction of 4,000 units of housing on approximately 130 undeveloped acres that are contiguous to Downtown Summerlin.

Warden showed, graphically and pictorially, how the construction of Downtown Summerlin continues to be an elixir for the development of schools, shopping, entertainment facilities and homes throughout Summerlin. Indeed, the message has gotten out to other areas of the country, and the result is that Summerlin is now a hot magnet for attracting newcomers from all sectors.

So, with all this development, and with a Metro substation that will be surrounded by several fire stations already in the community, some might ask, would Summerlin do better as a separate and independent community?

We posed that question years ago in an interview with Oscar Goodman during his waning days as mayor of Las Vegas. And in this column’s corner of the View on May 4, 2010, His Honor Emeritus was quite emphatic in stating that such a thought might be only in your dreams.

But he did say, “About 15 years ago, there was a whisper that perhaps Summerlin would deconsolidate and become its own city. And that went nowhere. But there was some talk about it. I would hope that that would never take place. Summerlin is very much a part of Las Vegas.”