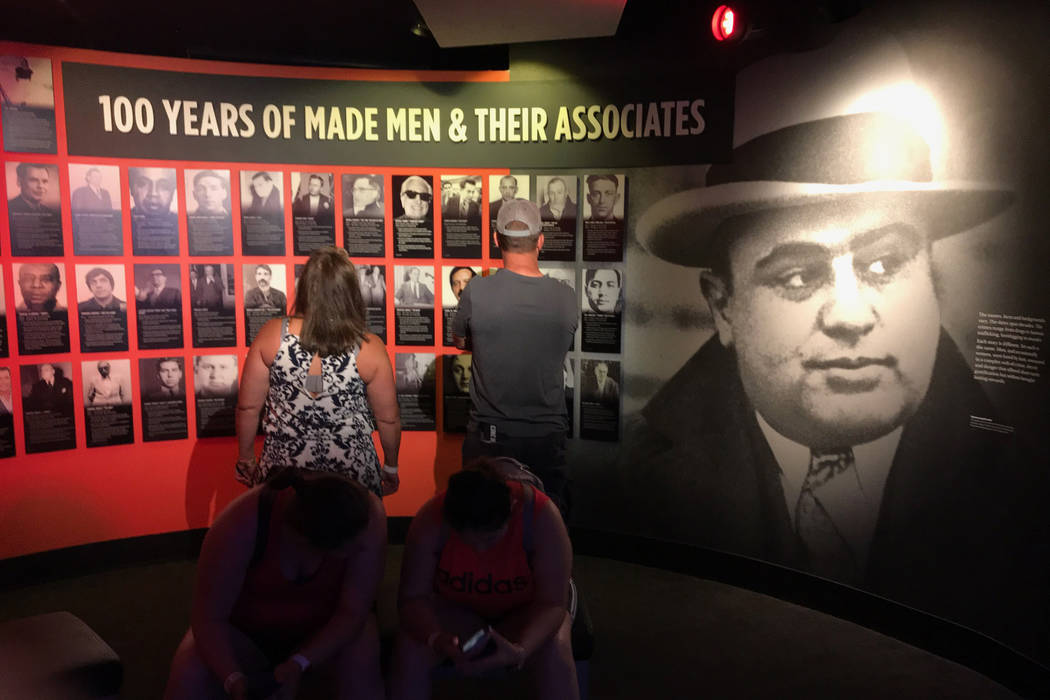 A wall of crime figures features Al Capone and others of his era. (Herb Jaffe) 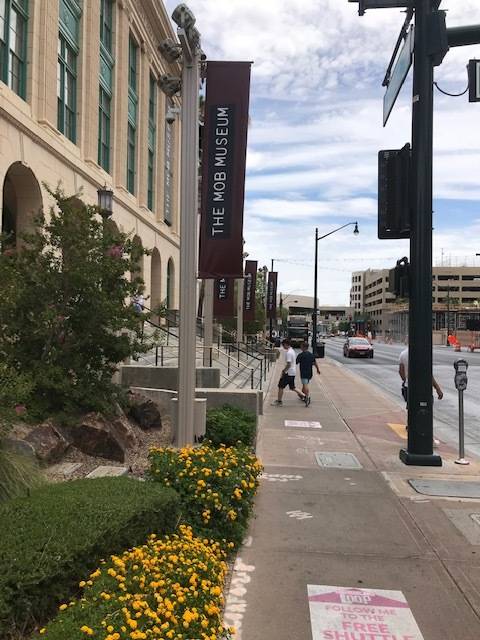 The entrance to The Mob Museum is at 300 Stewart Ave. (Herb Jaffe) 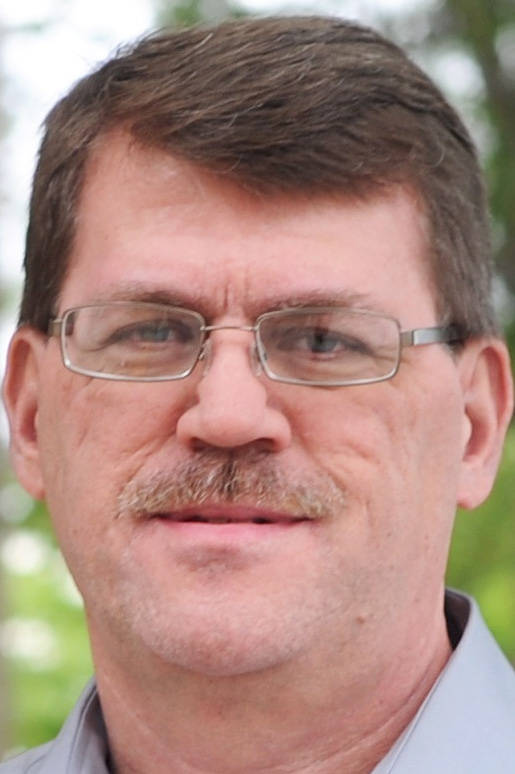 If you have not yet visited the Mob Museum, what are you waiting for?

To put it mildly, it was one of the most fascinating experiences my wife, Fran, and I have had since we moved here 24 years ago from New Jersey, a state in the union where the mob, or organized crime, or the Mafia — whichever you prefer — has been known to flourish from time to time.

In fact, with a bit of chagrin, I must admit that it took us almost eight years to get to the museum since its opening on Feb. 14, 2012 — which by no coincidence was the 83rd anniversary of the mob’s St. Valentine’s Day Massacre in Chicago’s North Side.

It won’t take nearly that long to get to the Mob Museum, at 300 Stewart Ave. in downtown Las Vegas. From almost anywhere in Summerlin, the trip is less than 20 minutes. But the reward can be most fulfilling if you have any feel for Americana.

Indeed, you need not be an enthusiast of the characters whose names are synonymous with more than a century of organized crime activities to enjoy the exhibits, the video and film presentations, artifacts, entire archives of photos, news articles, chapters in American history that date as far back as the late 19th century, and so much more.

To add a little spice there’s even the closest thing you’ll find anywhere to an original speakeasy, moonshine and all. During the 13 years, beginning in 1920, that the 18th Amendment to the Constitution — or the “prohibition amendment” — was effective, banning the “manufacture, sale or transportation of intoxicating liquors,” such mob big shots as Al Capone and Lucky Luciano proudly hailed America as “one big speakeasy.”

Ironically, the building that houses the museum was opened in 1933, with the end of prohibition, as the city’s first federal courthouse in what was then designated as block 17 of Las Vegas, according to Geoff Schumacher, senior director of content at the museum.

“Block 16, which was the red light district at that time, was right next door,” Schumacher noted.

Adding to the irony, gambling was illegal in Nevada at that time. It wasn’t until 1938, when the mayor of Los Angeles and former U.S. Chief Justice Earl Warren, who was then attorney general of California, chased the racketeers out of Los Angeles that they fled to Las Vegas.

Bugsy Siegel and Meyer Lansky were among the bigger names that relocated, first to El Cortez Hotel and soon afterward to its successor, the Flamingo. That was the beginning of some of the most sordid criminal activities in Las Vegas.

It’s all there, and so much more, in what is formally known as the National Museum of Organized Crime & Law Enforcement. An average of more than 1,000 people a day are visiting the four-storied structure that was replaced by a bigger federal building in 1965.

When then-Mayor Oscar Goodman learned in 2000 that the feds no longer had use for the building, which had remained open as a post office, the city paid one dollar to Uncle Sam to buy it. But there were two conditions: that it was not to be destroyed and that it be used to serve some public service.

Goodman was the right guy at the right time. The onetime elite mob defense attorney called on Ellen Knowlton, retired agent in charge of the FBI’s field office in Las Vegas, to head a group to develop that public purpose. And a museum that highlights the history of law enforcement as well as the mob – or if you prefer, the Mafia – was born.

Perhaps Oscar said it best for those in denial who insist that there’s no such thing as a Mafia when he stated, “The greatest lie of the 20th century is that there is no Mafia.”