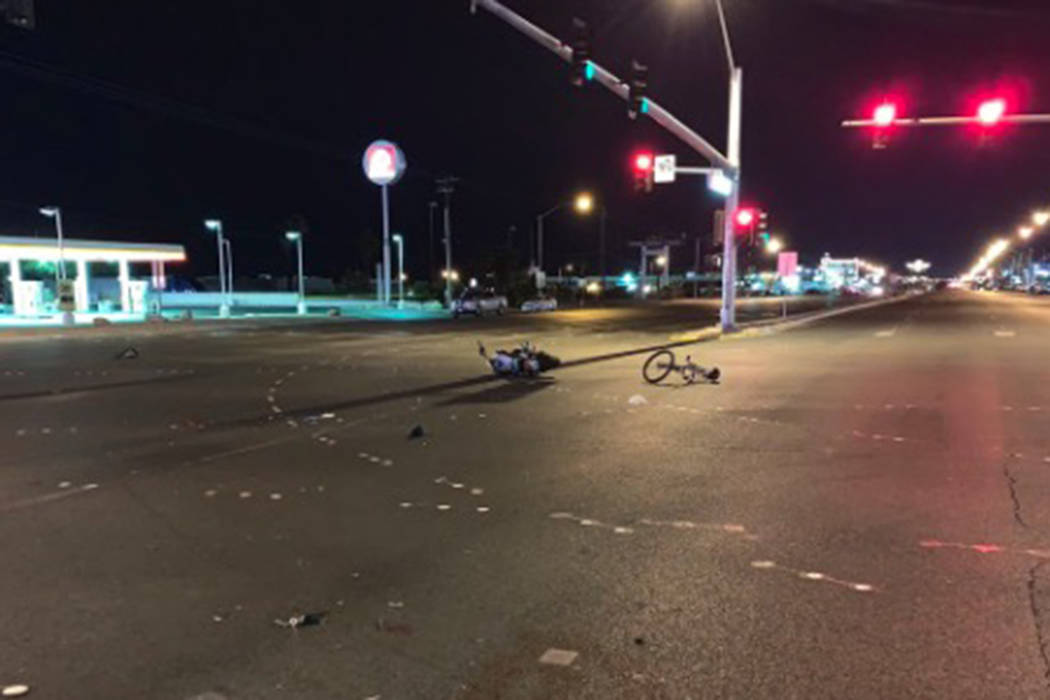 A bicyclist died early Saturday after he was struck by a suspected impaired motorcyclist and thrown into a vehicle east of downtown Las Vegas. (@LVMPD_Traffic/Twitter)

A bicyclist died early Saturday after he was struck by a suspected impaired motorcyclist and thrown into a vehicle east of downtown Las Vegas.

The crash was reported about 12:15 a.m. at Fremont Street and East Sahara Avenue, according to the Metropolitan Police Department. The bicyclist, a Las Vegas man in his 50s, died at Sunrise Hospital and Medical Center “despite all life-saving efforts,” police said.

The motorcyclist has been identified by the department as 35-year-old Daniel J. Althoff of Las Vegas. He was booked into the Clark County Detention Center on a charge of DUI resulting in death, jail records show.

Investigators have determined that the crash happened when Althoff’s 2013 Triumph motorcycle, heading south on Fremont, struck the bicyclist, who at the same time was crossing west on Fremont in a marked crosswalk, police said. The impact threw the bicyclist into the side of a 2016 Nissan Sentra going west on Sahara.

The man’s death was the fifth traffic fatality investigated this year by Metro. He will be identified by the Clark County coroner’s office.