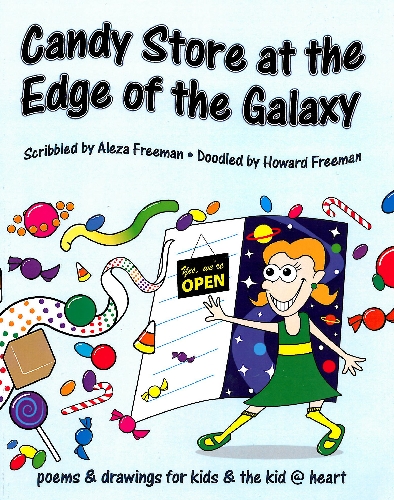 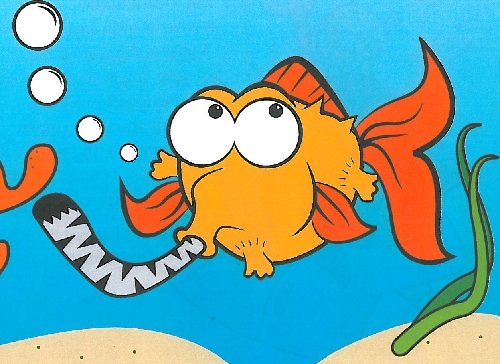 “The Candy Store at the Edge of the Galaxy” is a book packed with 12 poems and illustrations intended for the young and young at heart. The book is the brainchild of self-described scribbler Aleza Freeman and her doodling husband, Howard. Her background is in journalism and copywriting, and his is in mural art and illustration.

Excerpt from “The Candy Store at the Edge of the Galaxy”

First there were three fish

swimming in the tank.

They swam in circles,

Then the cat spotted

Goldie through the glass

what came to pass).

swimming in the fish bowl.

Soon it was Frank

whose bell would toll.

Thought Gill was a goner

when we heard the

But Gill was just fine.